Continuing on, our next stop was in New London to visit Fort Trumball a well preserved  fort dating back to the Revolutionary War and continuing through the 1990's. It was here that the Continental Army fought the British, Civil War recruits were trained for battle, Coast Guard Cadets and Merchant Mariners trained for service, 20th century scientists developed  SONAR that saved us during WW II and made us masters of the sea, Naval Undersea Warfare Center and after WW II it was a satellite campus of the University of Connecticut educating veterans under the GI bill. 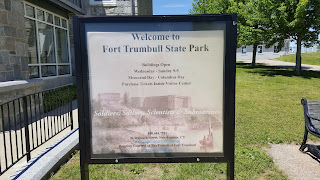 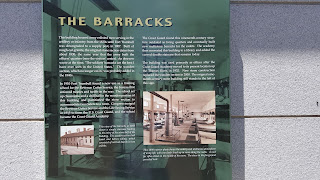 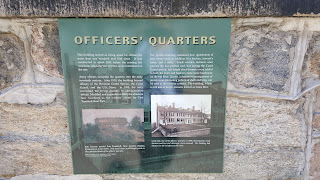 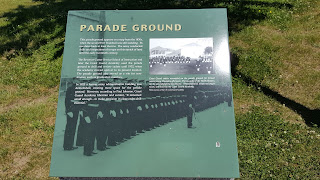 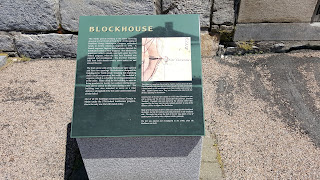 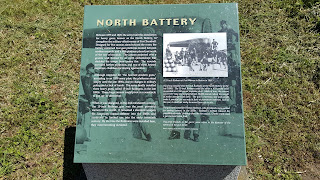 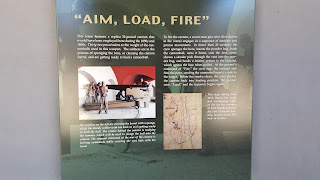 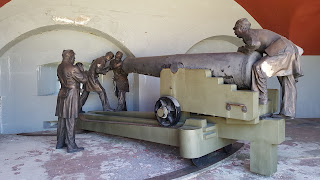 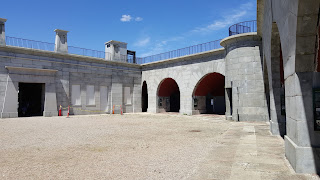 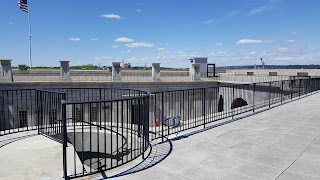 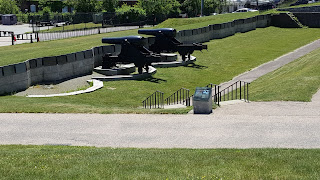 In 2000 it was opened as a state park. It is used as a site for concerts and special events as well as a tourist attraction. The museum has a nice collection of artifacts and history and be sure and watch the film about the history of the fort.

It was in 1775 that Governor Jonathan Trumball recommended the building of the fortification to protect the seat of the government of Connecticut to be built on the mouth of the Thames River on Long Island Sound and completed in 1777.

On 6 September 1781, Benedict Arnold led a raid on Groton and New London. After the capture of both forts, the British burned New London and Groton.

This is the type of Historic Fort I enjoy visiting as it has been preserved and the experience of walking the grounds, gives you a better understanding of the history.

We then drove across the River to Fort Griswold in Groton. This fort was also taken by British troops commanded by Arnold. 800 British troops defeated 165 local patriots including their commander, Col Ledyard who offered his sword  as a token of surrender to Major Bromfield, who then killed Ledyard with his sword of surrender. The British proceeded to massacre the surviving defenders. The fort was also used during the War of 1812 and the Battle of Groton Heights. The fort today contains a shot furnace and powder magazine as well as restored earthwork battery. 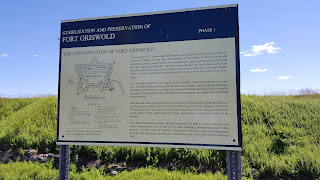 The 135 ft granite monument  was completed in 1830 and dedicated to the defenders who fell during the Battle of Groton Heights in 1781.

Our final stop was in Mystic, CT. I somehow had this town pictured differently. In order to visit Mystic Seaport area, you have to enter through the museum and pay a fee for seniors of $26. I have an issue with this. Thought we could just park and walk around the seaport and view the shops, ships and restaurants, but there are other attractions..so we passed and opted instead to enjoy clam strips at a local drive in. 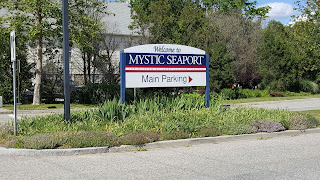 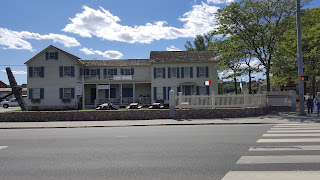 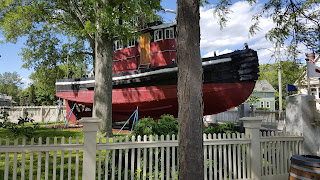 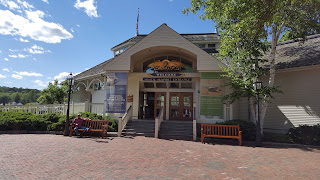 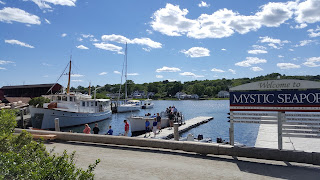 Finally got back to the campground at 8PM. As we are leaving tomorrow for Schenectady, decided to do my laundry.

Traffic on the IH 95 coming through New Haven bumper to bumper, but must say that traffic going north was bumper to bumper all the way on IH 95 to Mystic. Crossing over the Tappanzee Bridge, more traffic so we dumped off on the Palisades Pkwy. All in all it was a good day.