Our last day in Winchester we toured the Old Courthouse Civil War Museum. 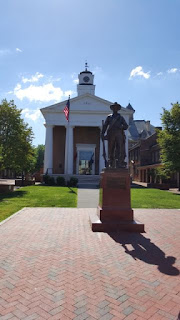 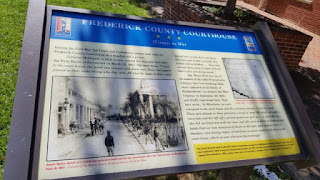 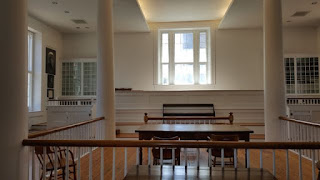 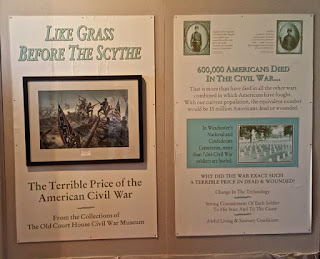 The Old Court House was built in 1840. During the Civil War it served as a hospital and  prison. The city of Winchester changed hands over 70 times during the war. The museum houses over 3,000 artifacts including scribbled notes from the prisoners on the plaster. 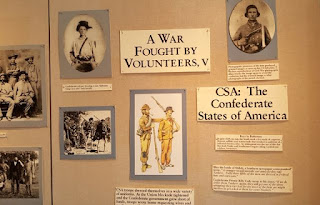 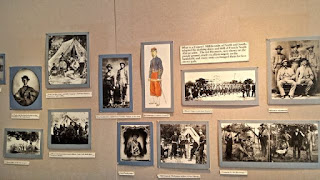 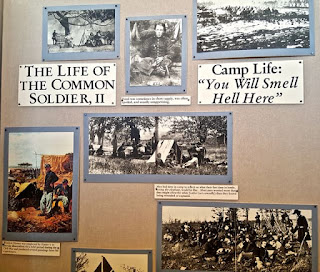 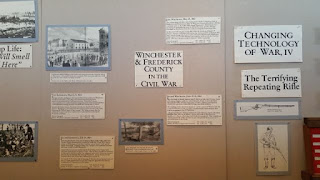 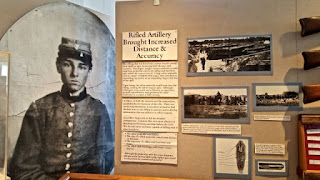 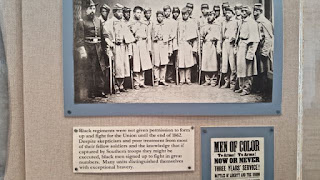 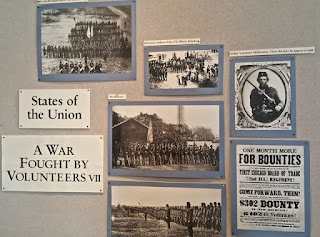 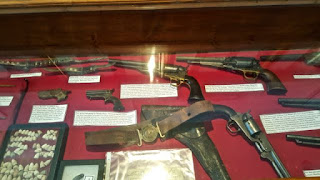 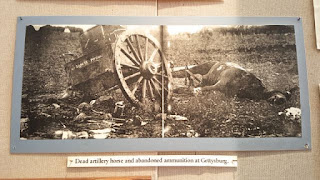 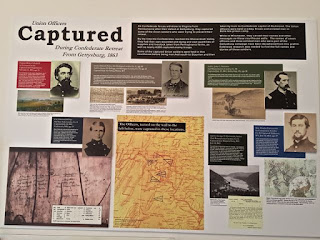 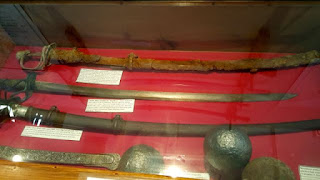 One of the more readable notes is a curse directed at Jefferson Davis by one of the Union Prisioners. 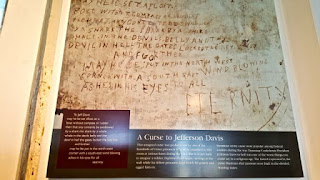 We then walked the Historic Downtown area. Enjoy looking at the old historic buildings realizing that on this very ground many Union and Confederates also walked  and died. 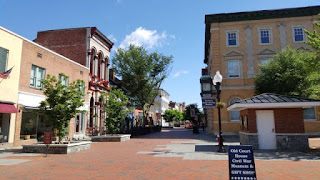 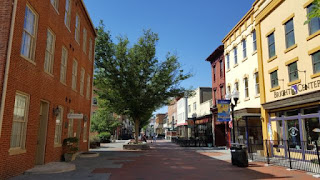 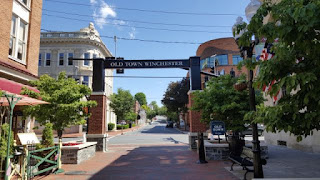 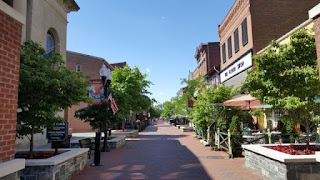 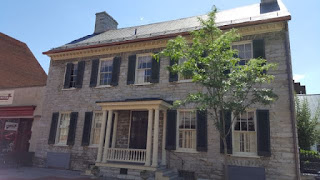 The past few days, due to rain and John not feeling good with eye and ear infection, we stayed in the campground.

On Saturday there were two huge black snakes near our motorhome..one underneath the RV next to us and the other one on a picnic table next to us. Called the office and they sent maintenance. Unfortunately they don't kill them, but throw them over the fence toward the golf course. Never would have expected to see snakes here. Really un-nerved me and no, I did not take pictures.