Even though the weather was not perfect, we decided to drive to Stillwater, NY to visit the Saratoga Battlefield NHP. 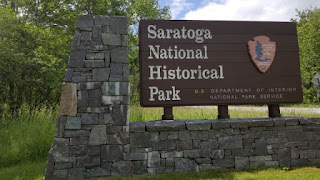 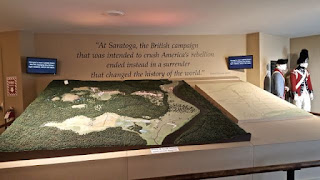 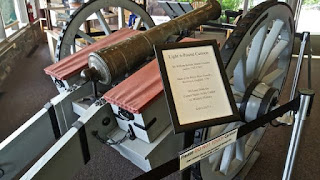 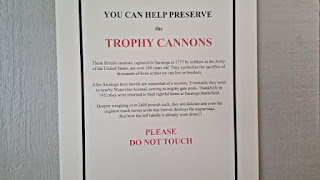 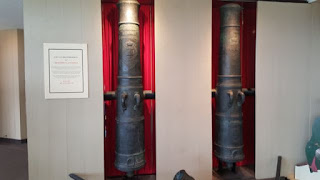 The battles of Saratoga began on 19 September 1777 with the advance of the British troops under the command of General Burgoyne on the American Camp under the command of General Gates. The first battle began at Freeman's farm and lasted for over 3 hours. German reinforcements arrived forcing the Americans to withdraw. Burgoyne's army suffering many wounded,  dug in at Freeman's farm awaiting support from General Clinton which never came.  He chose to risk a second battle on 7 October at Barber farm. The Americans now knew his army was moving and they attacked in three columns. Repeatedly the British line was broken. General Benedict Arnold led Learned's brigade against the German troops. In the hour of fighting, Burgoyne lost 8 cannon and 400 officers and men.
Arnold led another attack on the Balcarres Redoubt, a powerful British fort built on Freeman's farm and then onto Breymann Redoubt overwhelming the German soldiers defending it. On 8 October the British began retreating north. They had suffered over 1200 casualties with the American losses at less than 500.  Burgoyne's troops took refuge in a fortified camp on the heights of Saratoga. There they were surrounded by a force of 17,000 American troops. Burgoyne surrendered on 17 October 1777. This was one of the most decisive victories in American and world history.

After viewing the film and visiting the museum, we drove the oneway 9 mile drive with 10 stops along the route. 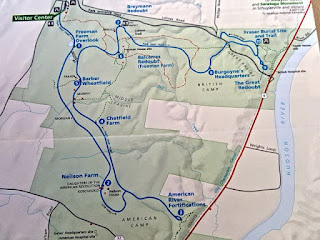 Our first stop was Freeman's Farm. John Freeman was a loyalist who joined the British invasion. 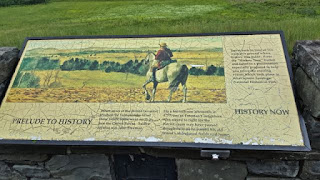 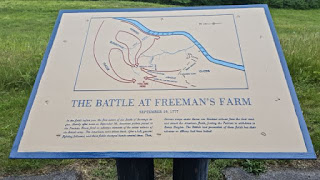 Next we stopped at Neilson Farm. John Neilson joined the Americans. The restored home is the only remaining structure on the battlefield and was used by Arnold and Poor as quarters. 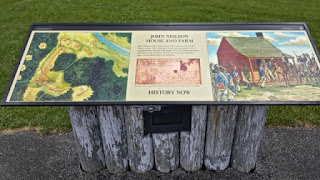 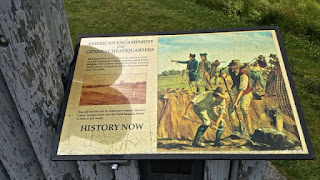 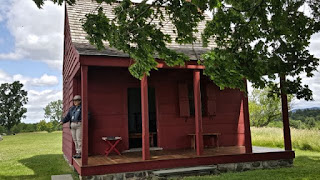 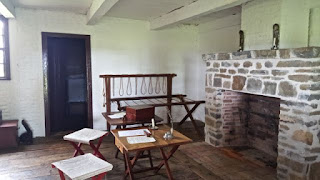 Bemis Heights, the American River Fortification was designed by Col Tadeusz Kosciuszko, a Polish military engineer and volunteer in the patriot cause. 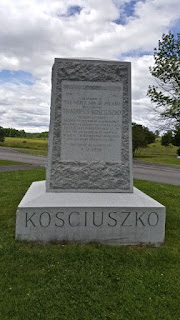 Chatfield Farm was an American outpost where American and British pickets exchanged gunfire just before the second battle began. 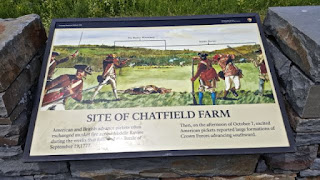 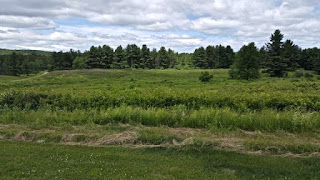 Barber Wheatfield was where on 7 October, the Americans intercepted the British and German soldiers. 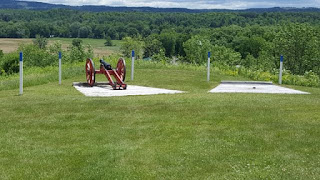 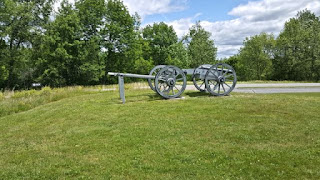 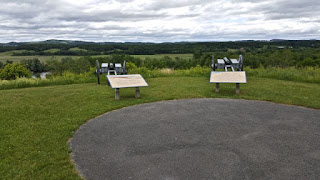 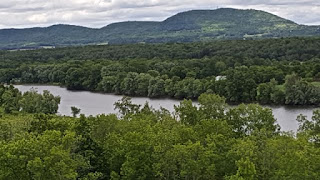 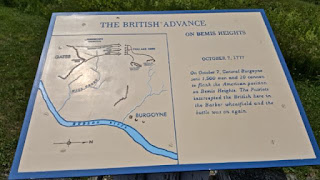 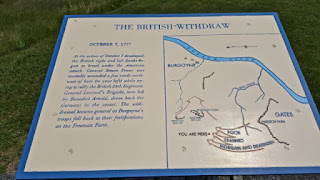 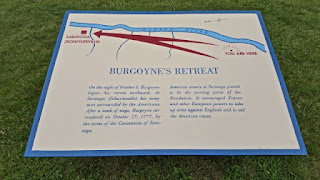 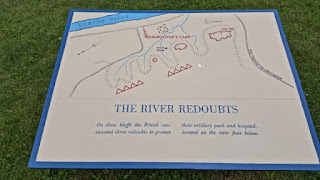 All in all it was a good day and another history lesson. I finally got a deer photo. She posed and I said thank you and have a nice day.