A very short 2 hour drive to our campsite "Treaure Isle" near Sylvan Beach and north of Oneida,NY. The campground is on an isle with Fish Creek and Oxbow around the campground. Seem to be many seasonal campers, mainly from NY. Our site has water and 50amp with dump station as you leave. Laundry is down the road near the office.

Today we are going to revisit Herkimer House as it was closed earlier in the week. Also Oriskany Battlefield ,Steuben Memorial and site of Old Fort Schuyler in Utica.

Our first stop was the site of Old Fort Schuyler located in Bagg's Square in Utica. The fort was built by the British in 1758 during the French and Indian War. The fort was abandoned in 1760. After the battle of Oriskany, General Herkimer was brought here by litter before taken to his home. On the  site is Bagg's Tavern which was originally a log house built in 1794. Washington, Lafayette, Clay and Grant were guests here. 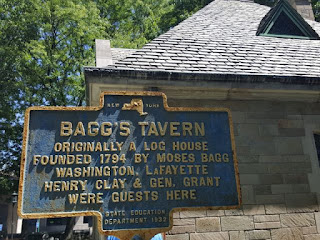 Our next stop was Oriskany Battlefield in Oriskany NY. The battle fought here on 6 August 1777 has been described as one of the bloodiest battles of the American Revolution. This fight proved significant in the turning  point of the war.Upon hearing of the British advance, General Herkimer assembled 800 Tryon Militia to aid Col Peter Gansevoort at Fort Stanwix in Rome. On 4 August, supported by 60 allied Oneida warriors, he began his march to Fort Stanwix. At Oriskany Creek, an ambush led by loyalists and Mohawks occurred. Herkimer's men marched blindly into the ambush. Herkimer's horse was shot beneath him and the General's leg was shattered by a musketball, yet he continued to direct the battle. The patriots fought bravely in spite of heavy losses. The battle was so brutal that Mohawk chief Brant's warriors abandoned the fight forcing the British and Tories to withdraw. When the British returned to Fort Stanwix, they found their camp raided and returned to Canada. 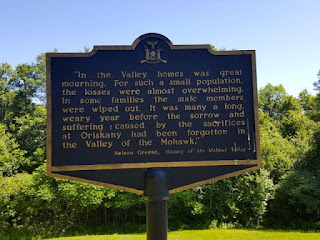 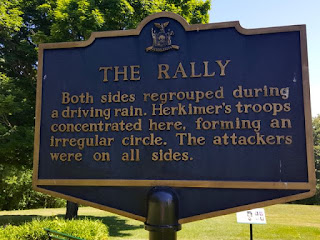 We were given the interior tour of the home today. After Nicolas Herkimer's death in 1777 due to wound he received at Oriskany Battle, as he had no children, the home passed to his brother George whose son John sold it in 1814. It changed hands six times and was in much disrepair. Finally in 1913 the state of NY acquired it. The home suffered major fire damage at one time and in the 1960's a major restoration was completed. A remodeled 19th century barn is now a visitor center and museum.  The furnishings are sparse, but do contain some pieces from the Herkimer family.

Our last stop was the Steuben Memorial in Ramsen, NY. The memorial honors Frederich Wilhelm Baron von Steuben known as the "drillmaster of the American Revolution". He has been described as being second in importance to Washington. due to his military experience and reputation, he was recommended to Benjamin Franklin in 1777 as an advisor to the ill-trained American army. His first tour of duty was at Valley Forge where he began converting the ragged, starving army into an effective fighting force. He taught them to mount guard,do sentry duty,inspect arms, march and use bayonets. He later wrote a book "Regulations for the Order and Discipline of the Troops of the United States, also know as the "Blue Book" still in use today. After the war, he became an American Citizen, was granted a life annuity of $2500 and deeded 16,000 acres 15 miles north of Utica. Upon his death in 1794, he requested an unmarked grave.Ten years after his death a road was proposed to cut across his burial site and his remains were transferred to an area known as"Sacred Grove"in what is now Steuben Memorial Park. 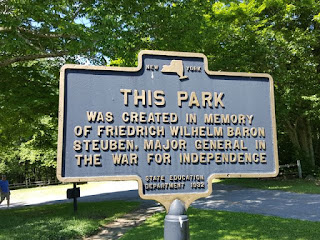 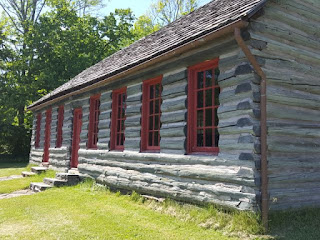 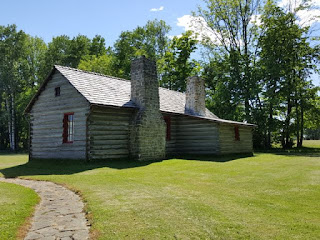 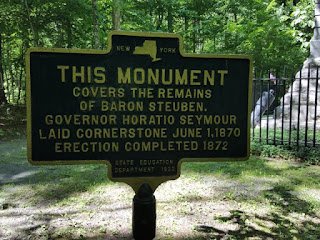 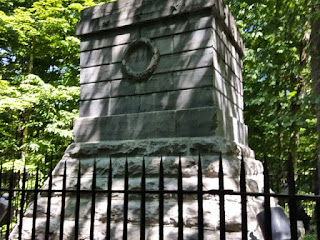 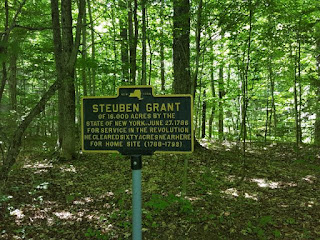