After visiting the Battlefield, we  visited 3 more sites in Stillwater.

The Saratoga Monument was built in the pride and deeds of our fathers and reverence for their character for their part in the Revolutionary War. The cornerstone was laid in 1877 with the official dedication on  17 October 1912, the 135th anniversary of Burgoyne's surrender.  The monument stands 154 1/2 feet tall. It is situated on a high bluff upon the grounds of Burgoyne's last camp and overlooks the Hudson Valley. 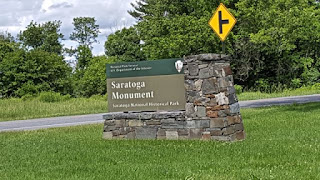 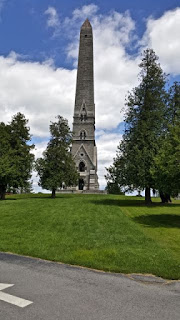 General Philip Schuyler faces east toward his Saratoga Estate, burned by the British and rebuilt the following month.

In the Northern niche, General Horatio Gates faces toward the route of the British invasion from Canada.

Adjacent to the monument is a marker for Victory Woods where the largest part of the British Army made its last stand. The British and loyalist suffered helplessly and here that their misery turned into American victory and success.Sadly over the years this site has become a hunting ground for relic seekers which has robbed history of information. 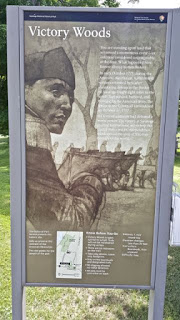 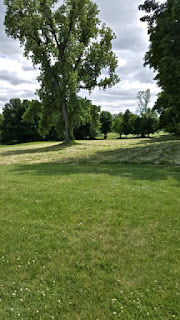 We then drove a short distance to the Schuyler House which was destroyed by the British and rebuilt. This was the country estate of General Philip Schuyler (1733-1804). The rebuilt took place in 1777 several weeks after the burn by the British. He is known as the founding father of Saratoga. Schuyler was 3rd in command under Washington and commander of the Northern Department of the Continental Army. He was blamed for the loss at Fort Ticonderoga and later was replaced by General Gates. In spite of this, he continued to help the army by forwarding supplies from his mansion. He resigned in 1779 and continued to serve in the Continental Congress. 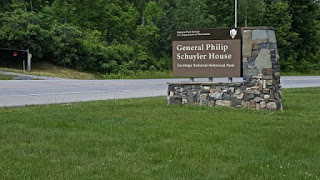 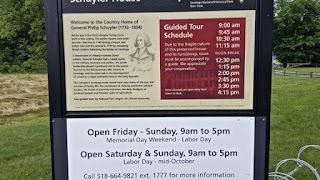 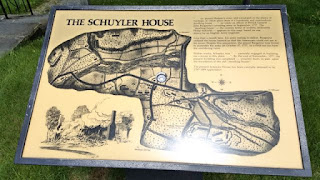 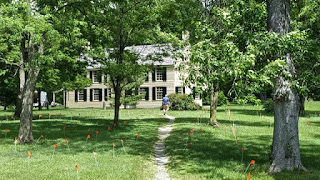 Our last stop was the Van Schaick House in Cohoes. The house was built in 1755. It was here that plans were made for the battle of Saratoga as well as being used by then Governor Clinton as the New York State Capitol from 22 August to 25 1777. At one time it hosted 5,000-10,000 Continental Soldiers and officers. It was here that General Schuyler turned over his command to General Gates. 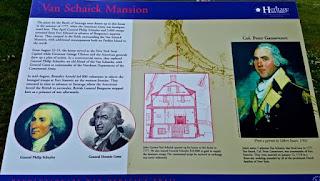 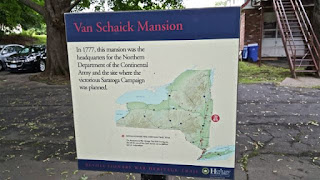 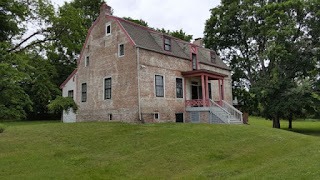