We drove up to Hagerstown MD, a short drive north on IH 81. Hagerstown was honored in 2012 by Where to Retire magazine as one of eight terrific towns for history lovers to retire. Hagerstown was a divided city during the Civil War.Washington County was sandwiched between the Union and Confederacy with the Mason Dixon line at its northern border and Virginia at the southern border. Maryland was predominantly pro-Union. Wheat was the main crop in northern Maryland requiring fewer slaves than the tobacco fields in the southern part. Washington County actually had more free blacks than slaves in 1860. 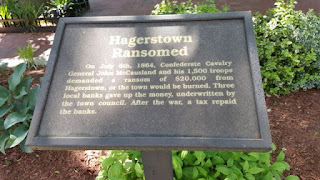 85,000 Marylanders enlisted (25,000 fought for the Confederacy and 60,000 for the Union). The first Confederate invasion of the north occurred in September 1862. During the Maryland battle, Confederate forces captured the Union garrison at Harper's Ferry, WVA. Following was the bloodiest single day battle-The Battle of Antietam with more than 23,000 soldiers killed,wounded or missing. With the loss at Antietam, the Confederates failed to take the North.

After walking around town and viewing some of the markers, we toured the grounds of the Jonathan Hager House, which unfortunately was closed..it is only open on weekends. Jonathan Hager purchased his first tract of land at this site in 1739. He is considered the founding father of Hagerstown. The house was raised over a spring and encased with 22 inch walls of limestone. The house also served as a trading post. It is said that he presented the house to his wife Elizabeth in 1740. 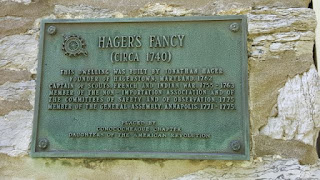 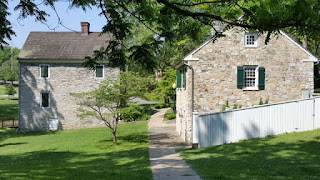 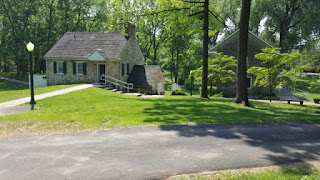 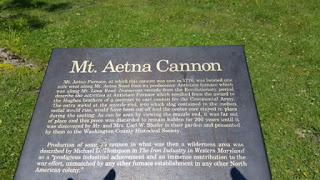 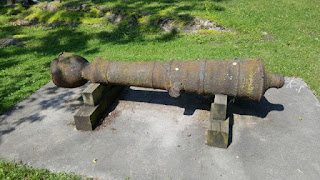