After viewing markers in WVA, we crossed the Potomac from Ridgeley to Cumberland MD to visit markers and site of Fort Cumberland built in 1754 during the French and Indian Wars. During the war it was an important military and economic site and figured greatly in the early career of George Washington. Occupying the site is the Emmanuel Episcopal Church and Masonic Temple. 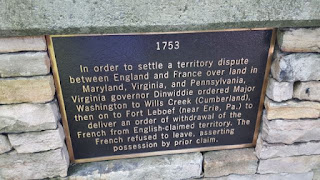 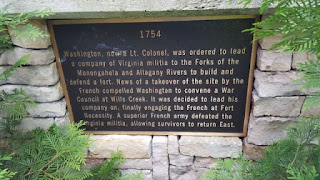 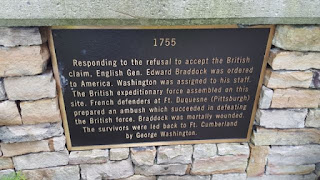 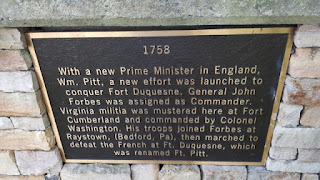 The fort at one time was the westernmost outpost of the British Empire in America. When General Braddock was killed at Fort Duquesne (in present day Pittsburgh), Washington who was a young officer in the Virginia militia led the troops back to Fort Cumberland. The fort was harassed by Indians and the surrounding countryside ravaged.

Washington returned to Fort Cumberland as President in 1794 to review the troops who were intending to march into Pennsylvania to suppress an uprising called the "Whiskey Rebellion" which was quickly dissipated. 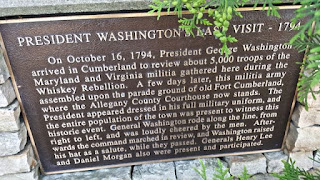 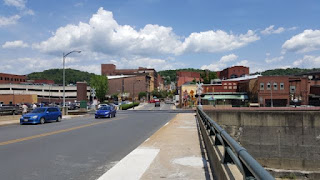