Drive Up the Mohawk Valley

Today we visited sites in the Mohawk Valley traveling west as far as Herkimer on hwy 5 passing the towns of Amsterdam, Johnstown,Nelliston,Stone Arabia and Canajoharie. Find these small towns interesting, scenic and filled with history. Many of the homes date to the 1700's and some have been beautifully restored while others have fallen in disrepair. Amsterdam was at one time a booming carpet mill town.

The historic Palatine Lutheran Church  was erected in 1770 and is the oldest standing church in Montgomery Countybuilt by German Palatine settlers The Nellis family donated a large amount of money for the building. Henry Nellis and his son Robert joined the British Army as loyalists. It is said that they asked Sir John Johnson not to burn the church when the British swept through the Mohawk Valley in 1780. 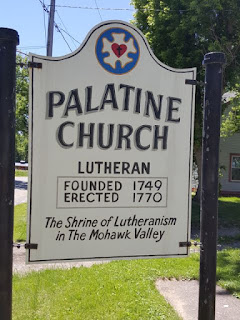 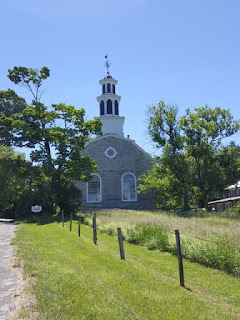 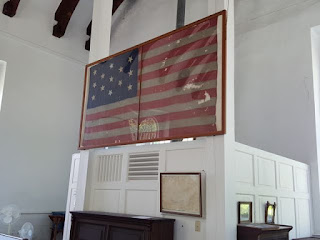 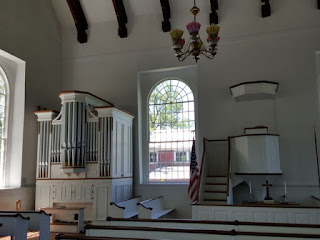 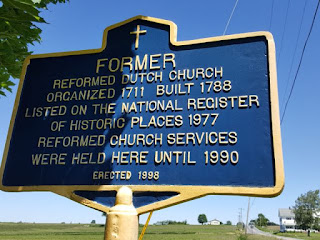 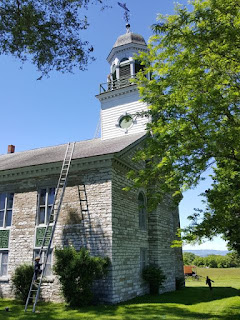 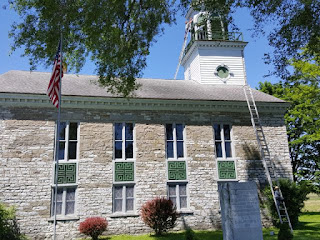 We crossed over the Mohawk to the town of Canajoharie to see the Van Alstyne Homestead site constructed in 1749. It served as a tavern and meeting place with the start of the American Revolution. 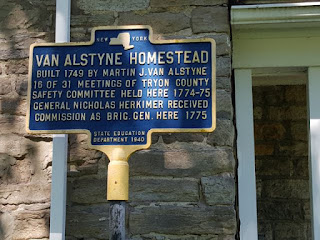 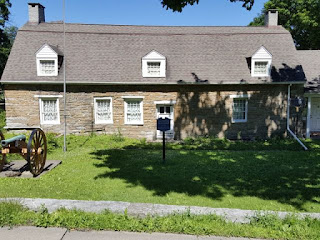 Crossing back across the Mohawk, we visited the Herkimer Home. Herkimer was a German Palatine farmer, Indian trader and prominent Mohawk Valley businessman. As commander of the Tryon County Militia, he became a hero during the battle of Oriskany in 1777. He suffered a bullet wound to his leg and died at his home 10 days later. 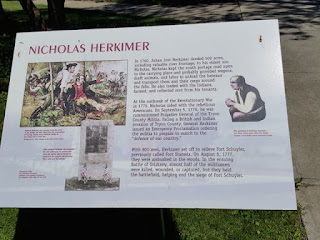 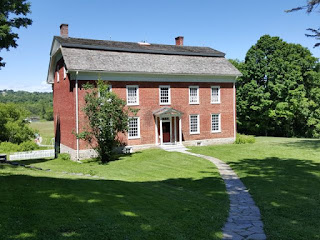 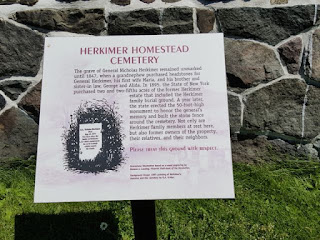 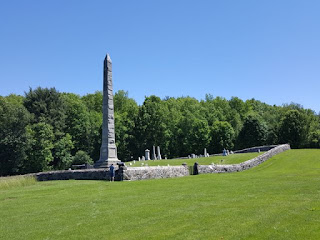 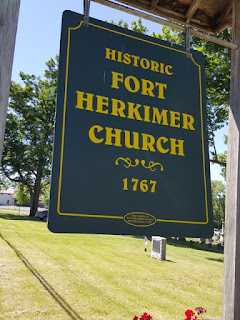 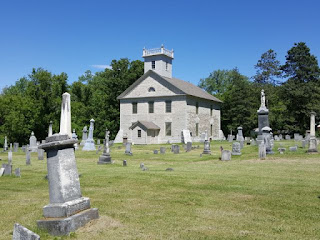 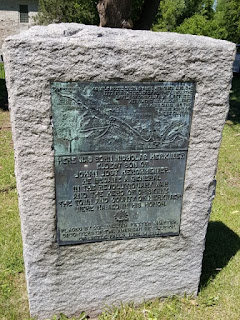 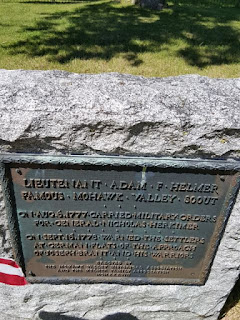 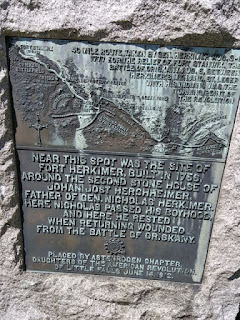 Tomorrow we will  do another tour along the Mohawk Valley visiting Fort Plain, Fort Klock and Fort Johnson.