Our first stop today was in Schoharie to visit Old Stone Fort built in 1772 as a church. During the American revolution it was fortified within a wooden stockade. The fort was attacked by an army of 800 Loyalists and Indians in 1780. It has been operating as a museum for over 125 years with over 50,000 artifacts related to the history of Schoharie county. The stockade was taken down in 1785 and reverted to a house of worship. 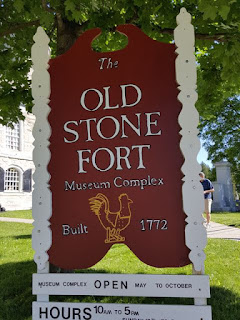 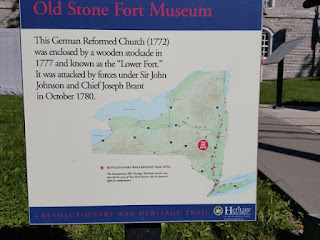 We were given a very informative tour of Fort Klock by Mary Brewster. The fort is located near the town of St. Johnsville on route 5. The present site includes the homestead, Dutch Barn, Schoolhouse, and Blacksmith shop. The home was built around 1750 by Johannes Klock, a German Palatine. The Battle of Klock's Field was fought near the fort. The homestead was a fur trading post and used by settlers in the Mohawk Valley as a place of refuge during the French Indian War and later the War of Independence. In 1840 a cheese house was built and now houses the caretaker. After 6 years of warfare in the Mohawk Valley, more than 700 homes had been burned, militia reduced to 800 and white population to 5,000. The fortified structures of Fort Klock was able to shelter 5,000 to survive. 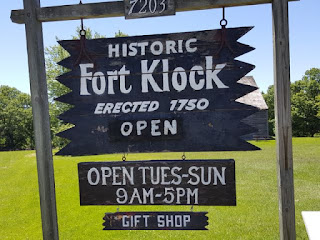 Fort Plain located in the town of Fort Plain was also known as Fort Rensselaer and built in 1778 after the Cherry Valley Massacre. The fort served as a supply depot through 1783. This French design fortification remained in service through 1800. There is nothing left of the fort. The Museum is housed in the home of David Lipe built in 1848. 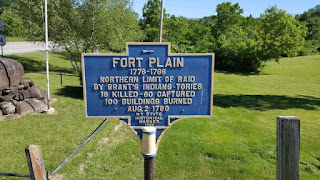 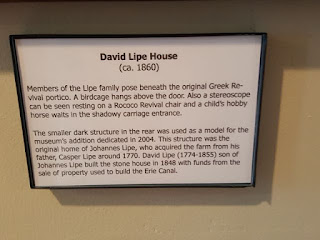 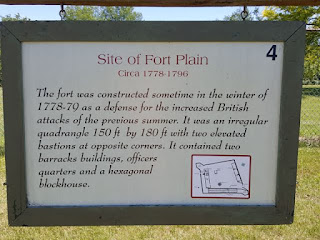 Our final stop of the day was Fort Johnson. William Johnson built the house in 1749 where he developed a very lucrative fur trade, became involved in colonial politics, provisioned British military posts, kept the Indians friendly to the British, became learned in the Mohawk language and became reknown for his military achievments at Forts Niagara and Montreal. In 1763 the Fort was given to his son John who occupied the property until 1774. John Johnson decided to remain loyal to the crown,was declared a traitor and all the Johnson property was seized. His regiment raided the Mohawk and Schoharie Valleys. He then returned to Canada and all the furnishings were sold at auction.. Throughout the 19th century the property passed through many families. In 1905 it was purchased by Brig Gen John Watts DePeyster and given to the Montgomery County Historical Society. Many of the original furnishings have been given back to the home.

Upon our return we had dinner at the Tavern Cafe in Scotia. Very nice restaurant. Tomorrow we depart for Oneida and our home for the next 5 nights at Treasure Isle near the town of Sylvan Beach.