Today we drove to Ville Marie in Quebec to visit Fort Temiscamingue founded by the French in 1720. Prior to this is was a trading post built in 1679. In 1795, the Fort became the property of the North West Trading Company, later acquired by the Hudson's Bay Company in 1821. HBC operated the fort until 1902.

Today this Historic Site holds valuable historic and archaeological  history that needs protection. Canada does a very good job of preserving history and sites. The setting of the fort is on Lake Temiscamingue.


It would take the Voyageurs' from Montreal by canoe 25 days doing 20  portages, carrying up to 3 4kg bundles . After the trade, they would make the journey back to Montreal. Between 1825 and 1861, they were routed toward Hudson's Bay.


The store was the place of barter and trade. The front is where the the exchange would take place, then the furs were taken to the back of the store where they were treated, compressed into bundles and shipped off to England.


Other buildings in the fort were Chief Factor's House, the Dairy and Icebox, the Clerk's House, Carpentry and Blacksmith shops, cemeteries and mission.

The Visitor Center has a very good display and recommend viewing the film on The Voyageurs.

After a 4 hr drive from Hamilton, we arrived at the KOA in Sturgeon Falls, ONT for a week.  Enroute on 400 in Toronto, we passed a horrible multi vehicle crash that we later learned had taken place the night before. Over 12 vehicles including several semis were involved with 5 fatalities. Cause has yet to be determined. 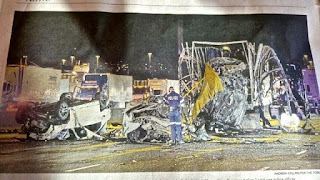 Upon arrival at the campground, we were greeted by a very friendly and enthusiastic staff. The campground is on a small inlet from the Sturgeon River and very well laid out. We will be here a week before going to Sault Ste Marie, ONT and then WAWA, ONT and Thunder Bay, ONT. From Sault Ste Marie we will do the northern part of Lake Superior. 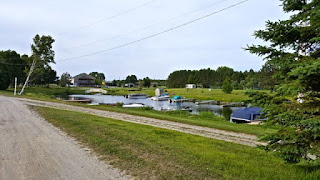 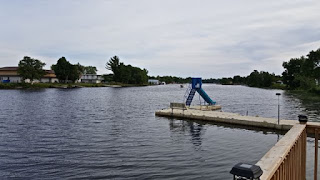 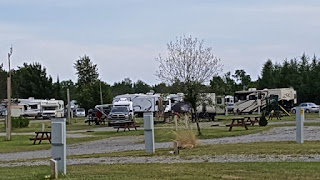 After settling in and doing laundry, we drove to the viewpoint to see Lake Nipissing. Tomorrow is supposed to rain, so we will spend the time researching places we want to visit. Oh yes, town has 2 Tim Horton's..John's favorite for coffee and donuts. 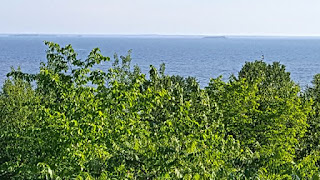 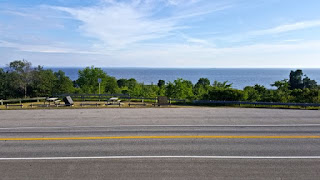 We arrived at Sodus Point at a very nice campground, "South Shore" on Lake Ontario , only a two hour drive from Sylvan Beach. Only wish we had more than 2 nights here..so relaxing overlooking the lake and the sunset tonight was beautiful. Hanging in the office was a very appropriate puzzle that I may order for Colt and Cade.


After settling in, John wanted to drive down to Lake Seneca, one of the finger lakes, to visit the site of the second largest Naval Training Station during WWII and later became an Air Force Base during the Korean War. In 1960, the site became a state park and in 1995, the Sampson Naval Veterans Museum opened. After the war, Sampson State College educated returning servicemen. 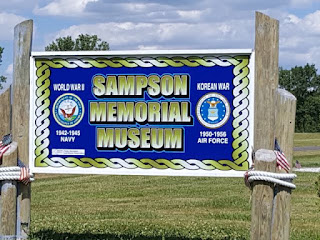 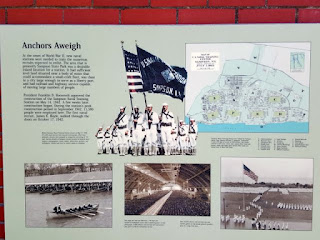 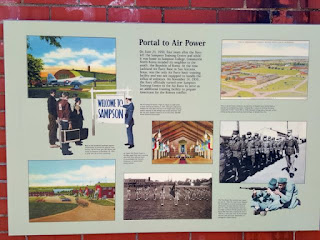 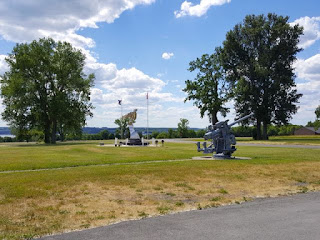 Today we drove the area to view some markers and fort sites in the Irondequoit Bay area on Lake Ontario and then down to Ganondagan SHS near the town of Victor. The park features a new cultural center museum and a reproduction of a "longhouse'. This is the site of a major 17th century Seneca town and granary known as the "Town of Peace". They believe that the Mother of Nations is buried here. In 1687, the French destroyed the village during a campaign aimed at elininating the Seneca Nation. 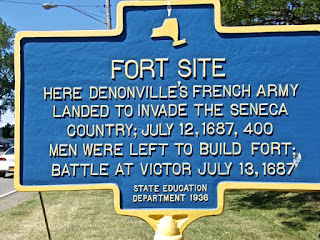 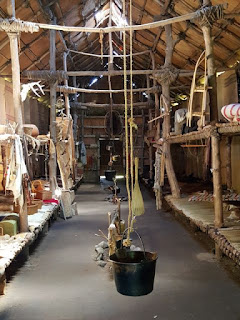 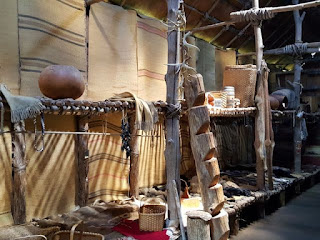 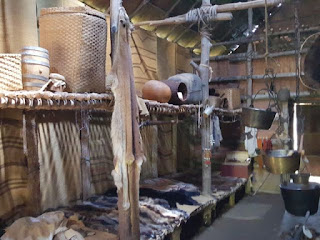 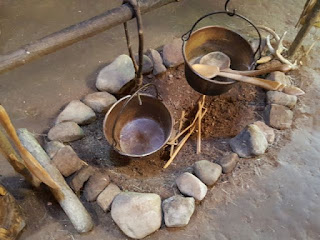 We passed an Amish Couple in their buggy. Such a simple life they live. I've heard that some are moving toward a more modern life. Also passed a very unusual hearst with motorcycle. 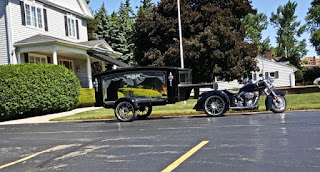 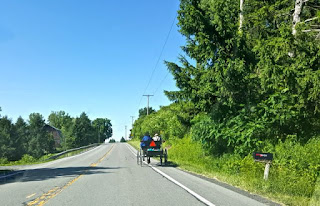 On retuning back to Sodus Bay, we stopped at the Sodus Bay Lighthouse Museum. The first lighthouse was built in 1824 at a cost of $4,500. By 1868 the original lighthouse in need of extensive repairs, was demolished and a new one completed in 1871. In a  span of 76 years, 15 keepers manned the lighthouses. Today the 2nd lighthouse is a museum. 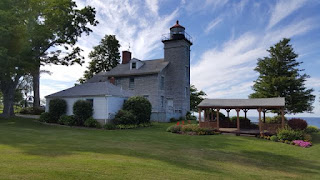 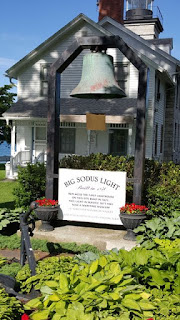 We then went to Captain Jack's for dinner. Enjoyed seating on the deck and view of the bay.

Tomorrow we leave for Waterdown,ONT near Hamilton and 2 nights at Olympia Village RV Park.

A 4 hour drive to the border crossing at Niagara. Upon arrival, we realized we had stayed at this park in 2013.We are here 2 nights. No wi-fi in park and we have to drive 8 miles to Tim Horton's. Before departing the US, John made sure that we had the plan  for MI-FI only to find that ATT gave us inaccurate information. We were supposed to have 15 Gigs and now we only have 1 per cell phone and MI-FI device.After spending almost an hour on the phone and even though it had been documented in the record, they refused to acknowledge the agreement. 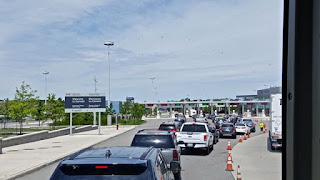 Gas is around $1CAD/liter or  $3gal US' Better than several years ago at $5/gal.

On Saturday we depart for Sturgeon Falls, ONT..a 280 mile drive.