Stones River National Battlefield and Fortress Rosecrans are located in Murfreesboro,TN.
Murfreesboro was Tennessee's state capital from 1818-1826. By the 1850's the town had schools,stores,churches, estates, railroads and over 2000 white residents. In December 1862, local soldiers reunited with their families. Confederate President Jefferson Davis visited with the hopeful, but incorrect news that the Union Army was starving in Nashville.

Between 31 December 1862 and 2 January,1863 a fierce battle took place here with more than 81,000 soldiers engaged in battle in the fields and glades along Stone's River. 23,000 became casualties. Bragg's Confederates withdrew allowing Rosecrans and the Union army to control Middle Tennessee. This set the stage for the Union advance to Chattanooga.After the battle, Union soldiers tore down houses for lumber, destroyed churches,desecrated cemeteries and confiscated supplies. The Union occupation lasted long after the war until 1877. The battle cost 13,249 Union Casualties and 10,266 Confederate. 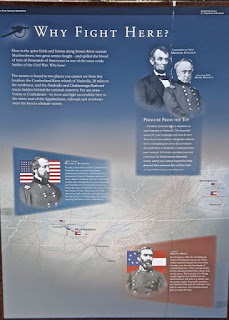 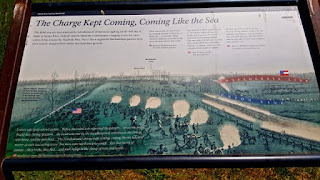 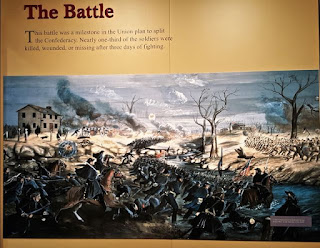 In 1863 Rosecrans's army and 100's of formerly enslaved men built a depot and fort to distribute weapons, food and supplies. Fortress Rosecrans had 3 miles of earthworks enclosing storehouses, powder magazines and four interior redoubts including Redoubt Brannan. The fort could shelter 15,000 troops and supply 65,000 men for months. It was the largest enclosed earthen fortification built during the war. 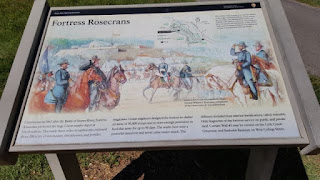 Colonel William Hazen's men were the only Union soldiers who didn't retreat on 31 December. Over 400 of his troops fell. The survivors built a monument in 1863 to Hazen so the world would never forget and is one of oldest Civil War memorials. While visiting the memorial, I spotted a gentleman in a Union uniform sitting under a tree with pen in hand writing in a notebook. I started talking with him and he was most gracious in sharing a poem he was writing in memory for a dear fellow re-enactor who had recently died. Gary Burke is a member of the Friends of Stones River. His great great grandfather fought in the Civil War. Thank you Gary for sharing your poem. You are truly gifted.


The Stones River National Cemetery contains the bodies of those quickly buried. In 1865 soldiers of the 111th US Colored Infantry began the grim job of reburying Union dead here. Over 6100 are buried here with 2500 unknown. The Confederates are buried in Evergreen Cemetery. 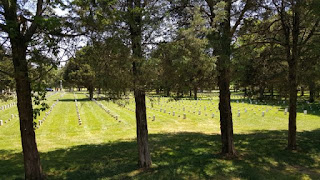 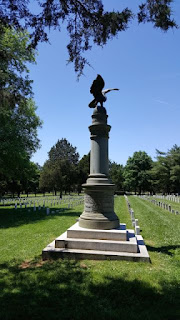 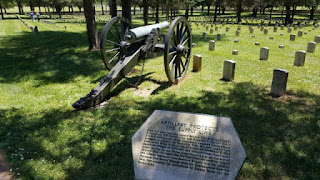 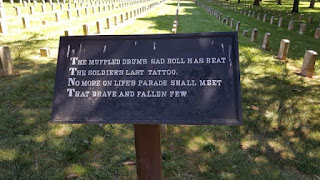 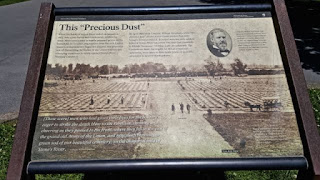