New Echota located in Calhoun GA was the Cherokee Capital from 1825-1838. This is where the the tragic "Trail of Tears"began.

During the brief history,it was the site of the first Indian Language newspaper office,one of the earliest experiments in national government by an Indian tribe and the signing of a treaty relinquishing lands for the Trail of Tears.

The walking self guided tour takes you to 12 original and reconstructed buildings including the Council House,Court House,Print Shop. Missionary Worcester's home various outbuildings and an 1805 store.

In 1809, a mixed blood Cherokee named Sequoyah began development of a written form of the Cherokee language. He could neither read or write and it took him 12 years to complete the 86 characters and in 1826 it was adopted by the Council for use in the newspaper, The Cherokee Phoenix". The bilingual newspaper was circulated worldwide.

In 1835 90 percent of Cherokees lived in small cabins and tilled around 11 acres of farmland consisting mostly of corn,potatoes,fruit trees and vegetables. More prominent Cherokees owned businesses and large plantations. 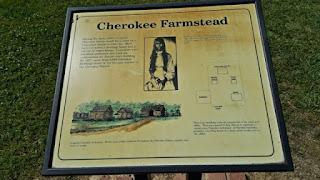 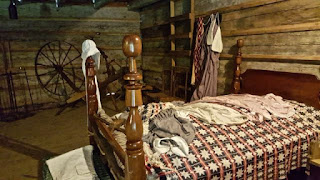 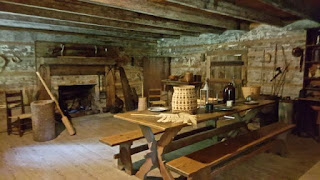 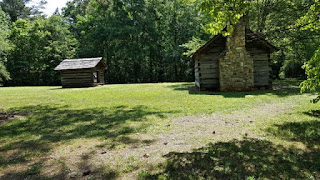 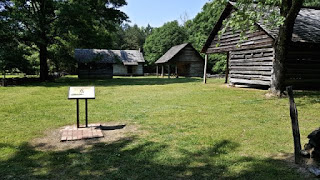 Even though the Cherokee were moving toward a lifestyle of their white neighbors, the conflict with the federal government increased and President Andrew Jackson encouraged Congress to pass the Indian Removal Act in 1830 removing all Indians to west of the Mississippi. Increase for land by Georgia citizens and the discovery of gold in 1828 on Cherokee land,Georgia declared Cherokee laws void,annexed the land and the land was given away to Georgia citizens in an 1832 lottery. With the influx of the lottery winners onto Cherokee lands, a treaty was signed led by John Ridge and Elias Boudinot ceding the lands for $5 million and $300,000 for improvements on their new land in Oklahoma.Most Cherokees contested the treaty and after a fierce debate it was approved by a one-vote margin in Congress. Jackson signed it into law in 1836 giving the Cherokees two years to vacate. I am not sure they received restitution after the removal.

In May of 1838, 7,000 federal troops and state militia began placing the Cherokees some 16,000 into a series of stockades.We have visited several of these stockades in our travels throughTennessee,Alabama and Georgia. Ridges and Boudinot were assassinated for their involvement in the signing of the treaty. Thousands died from exposure, starvation and disease.

After the removal, the town disappeared and property converted to farmland. In the 1950's the land was purchased and given to the state of Georgia for Archaeological excavations. After restoration, the site was dedicated in 1962 and law repealed giving Cherokees the right to their ancestral land. Restoration is ongoing.


Can you imagine being driven from a land you have known for thousands of years, a lush and fertile land and forced onto a barren land far from mountains, rivers etc. I know I will get some negative comments, but that is how I feel. Also, Jackson's removal from the $20 is long overdue.