Today we drove to Sycamore Shoals SP to tour the reconstructed Fort Watauga in Elizbethton about 125 miles. The park is very nice with walking paths  beside the Watauga River and other areas of the park. The Visitor Center features a very informative museum about the history of the area and fort.


Below are exhibits in the museum. 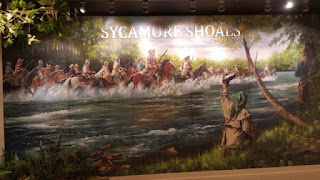 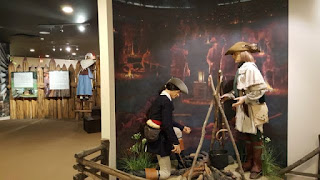 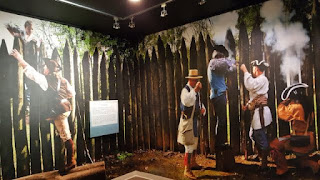 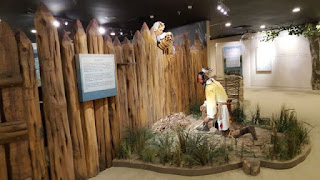 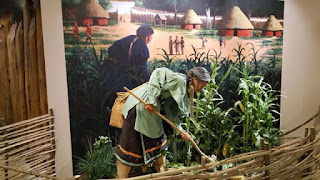 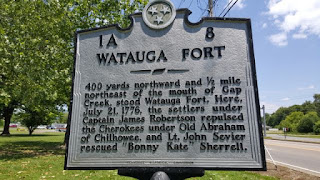 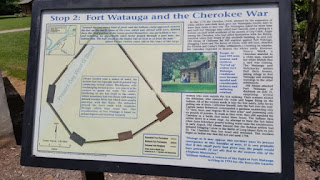 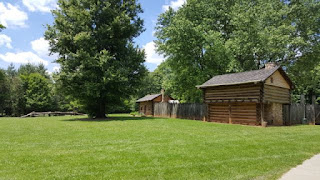 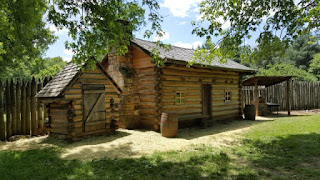 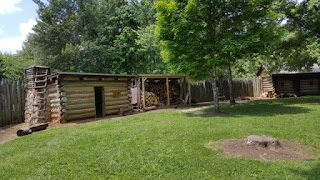 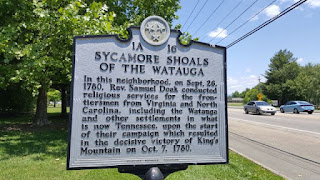 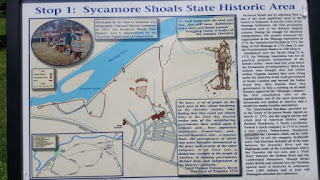 The original fort was built in 1776 a mile down river and was the farmstead of Mathew Talbot who operated the first gristmill in the Watauga settlement. This was one of the first  permanent settlements outside the original 13 colonies. The settlers fearing for an attack, constructed a palisade around the farm. Talbot and his wife had 7 children and had moved here from Virginia. Talbot founded the Sinking Creek Baptist Church and was the first preacher. He supplied beef to the militia on their march to King's Mountain in 1780.

The Transylvania Purchase that took place in 1775, divided the Cherokee from those who wanted to remain peaceful, yet wanted to protect their lands. When the American Revolution began, the British began providing guns to the Cherokee and on 21 July 1776, the Cherokee warriors attacked Fort Watauga. The fort was successfully defended and the defeated warriors led by Dragging Canoe fled south. In 1785, after the death of his wife, Mathew and family moved to Georgia. 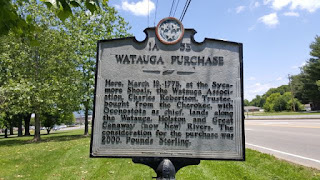 The grounds in the park was the scene  on 25 September 1780 where 1,000 Overmountain men assembled in order to protect their homes from the Loyalist Army. They traveled through the mountains, found British Major Ferguson and his men at King's Mountain. The battle lasted less than an hour and the militia was victorious. This was a decisive victory which helped win the American Revolution. 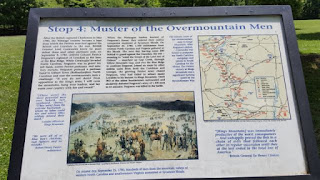 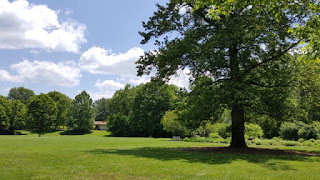 Our next stop was Davy Crockett Birthplace SP in Limestone TN near the town of Jonesborough. The park is located on the Nolichucky River. The Visitor Center has a museum dedicated to his life and a replica cabin. Crockett was born in 1786 into poverty. His fame has been celebrated in books and movies. He was slain at the Alamo in 1836. He was married twice and had 6 children. His first wife died in 1815. He was a frontiersman, politician and soldier. At age 13, he dropped out of school and ran away returning in 1799 to work off his father's debt. In 1813, he served as a scout in the Creek War. 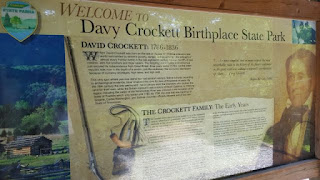 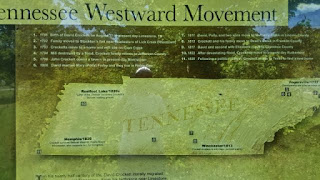 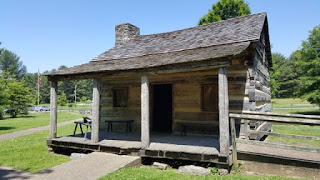 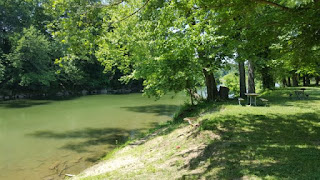 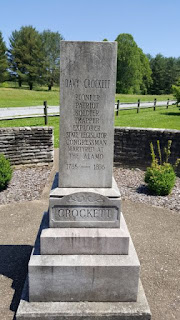