After visiting Fort Defiance, we drove the short distance to Fort Donelson in Dover, TN. on the Cumberland River.

The bells rang jubilantly in the North when the Union's first major victory of the  Civil War was achieved at Fort Donelson in 1862. After the defeat, the South was forced to give up southern Kentucky and much of Middle and West Tennessee.

The Confederates had a strong position at Fort Donelson with two river batteries that mounted 12 heavy guns controlling the Cumberland River. The Confederates were so busy strengthening their position that Grant's army was allowed to march from Fort Henry to Fort Donelson bringing with them some 15,000 troops encircling the outerworks. On 14 February, the earth began to shake as the Union fleet exchange fire with the 12 big guns in the Confederates. The gunboats were forced to retreat and the Confederates cheered. Yet another danger was revealed with Grant receiving reinforcements and extending his right flank to encircle the Southerners. On February 15, Grant launched a vigorous attack, retaking most of the lost ground. The battle was much more complicated than this and I have only mentioned the highlights.


Prior to the defeat of Confederate Army at Fort Donelson, the Union Army captured Fort Henry and Fort Heiman to the west. February 13-15 the Union attacked the outer defenses after 3 days of fierce battle, on the 16 February, unconditional surrender took place on 16 February with the signing of the surrender by Grant and Buckner at the Dover Hotel.  Buckner and Grant were West Point classmates.


The Dover Hotel was built between 1851 and 1853 on the banks of the Cumberland River in Dover serving as a stopover for riverboat traffic and overland stages. It became the headquarters for Confederate General Simon Buckner. after the signing of the surrender, the hotel became a hospital for the small garrison left behind to defend the fort. After the war it again became a hotel. After several owners, The Fort Donelson Historical  Association save the structure. The restoration project was completed in 1930 and in 1959 it was donated to the NPS. It is the only original structure still standing where a major Civil War surrender took place. I know what you are thinking..what about Appomattox Court House? It was dismantled and later rebuilt in 1940.


Although I didn't see any eagles in the park, it is a nesting area. 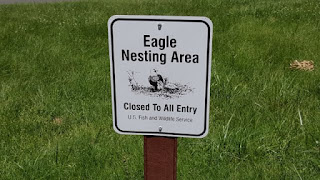 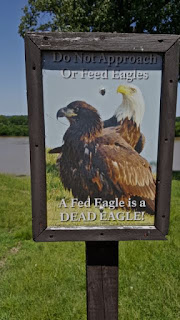