A short drive today via IH40 and IH75 from Nashville to Clinton TN 20 miles north of Knoxville. We are staying for a week at the KOA just off IH 75 exit 122. This is a very nice park, not very full with long spaces and full hookups. Owners seem very nice and take pride in the campground. This is a good location for us as we like to be out of the city. The park has a pool, dog park, playground and sites have individual trash cans. Only negative as we have found traveling through the south..no recycling. The park is also convenient to restaurants, Walmart and gas stations. 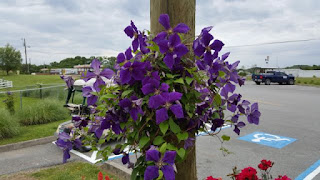 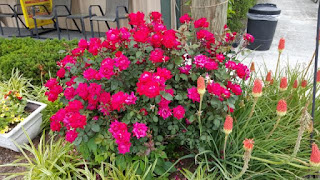 Today we drove to Rocky Top just up the road in order to visit site of Fort Anderson built in 1892  as a base for the Tennessee National Guard during the Coal Creek War. The Cold Creek War was a conflict between hired convict laborers and miners resulting in the convicts being used during the strike in 1877. Miners captured the convicts stockade and sent the convicts and guards by train to Knoxville. The Governor responded by sending a militia to establish the fort. The miners captured the commander of the fort holding him hostage. The Governor responded by sending more officers and men to the area. Colonel Anderson was released, hundreds of miners arrested and 27 killed thus ending the conflict. The fort was abandoned in 1893.

Refer to the plaques for more info. 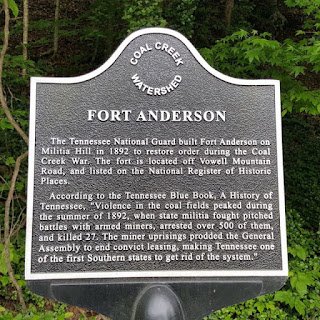 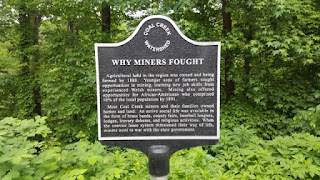 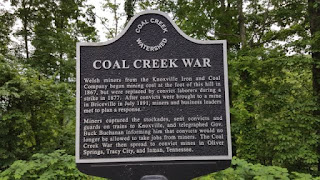 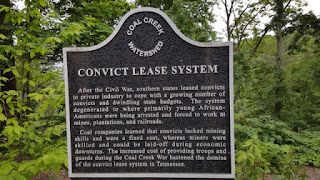 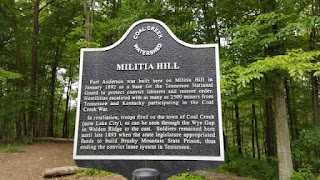 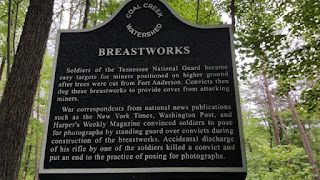 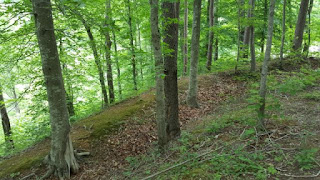 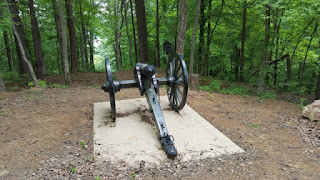 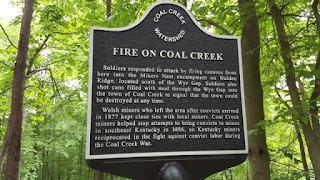 Footnote to our visit:

While we were there, which is up in a remote area from the town, John was taking photos of more of the plaques in the woods and I walked back to the car. A rather rundown car with no front license plate drove up and just sat there. It made me nervous and I called to John to return. As we left, the car tailgated us down the hill which made us uneasy.
John pulled into the library and fortunately the car continued on. We got the impression that this site was probably a drug area. I shutter to think we could have been robbed or attacked. Guess we have to be more cautious of where we go in the future.