Today we did a walking tour of some of the historic sights in downtown Montgomery.

Our first stop was the Alabama Archives and History Museum across from the Capitol. It is the oldest state funded Archives in the nation built in 1940 The Archives houses the state government repository, special collections and research facility. The museum part of the building has very impressive exhibits of Alabama history from prehistoric to the present. It also has a hands on area for children and Grandma's Attic. This is probably one of the most impressive state history museums we have visited and urge you if in Montgomery to visit. Another feature is the Research room for historical and genealogical resources.


Below are some of the exhibits. 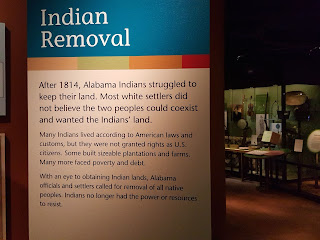 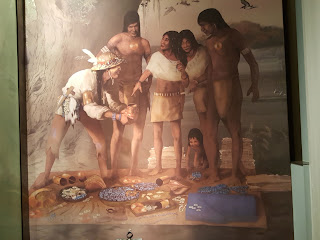 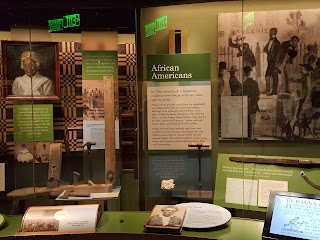 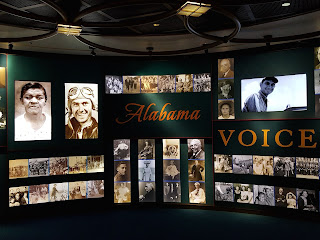 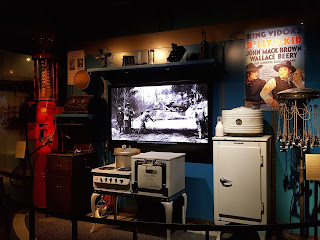 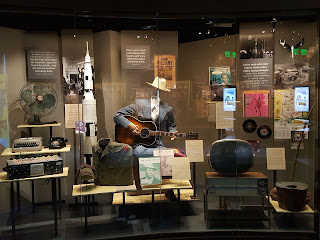 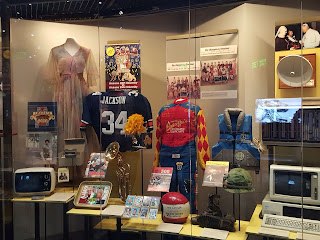 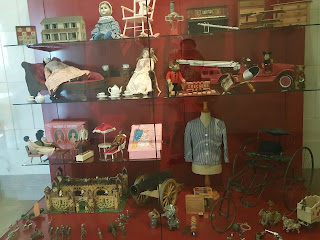 Next to the Museum is the First White House of the Confederacy built in 1835 and the home for Jefferson Davis and his family during the first months of the Civil War when Montgomery was capital of the Confederacy. It was moved to this site in the 1920's. Many of the Davis family personal belongings are displayed. Only 2 of the 6 children lived beyond youth. 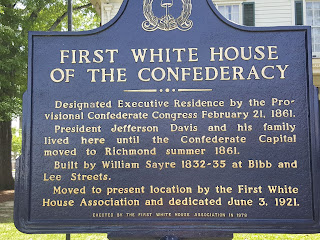 We then walked over to the Capitol on "Goat Hill" dating from 1850. Montgomery became the Capitol in 1847. This building burned and was replaced by the present capital building. In 1861, the CSA (Confederate States of American) was born in the Senate Chamber. In 1965, the Selma to Montgomery Voting Rights March ended on the street in front of the Capitol. The 1920's murals beneath the dome illustrate Alabama's history and were completed in the 1930's. The murals were painted on canvas and then attached to the wall. The Capitol is designated as a National Historic Landmark due to its significance in American history. 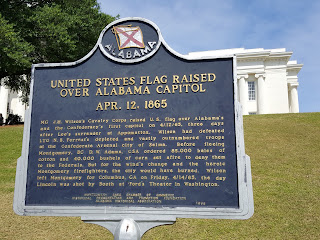 We then drove to the Scott and Zelda Museum, but they were closed.  The home was completed in 1910 and they lived here from 1931 to 1931. Their daughter Scottie settled and died in Montgomery. The museum houses Zelda's "flapper" Accoutrements, rare artifacts, photographs, letters, record collection, works of art by Zelda and complete collection of Scott's 1920's Saturday Evening Post short stories. We may try and return before we leave on the 28th. 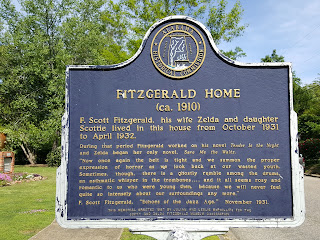 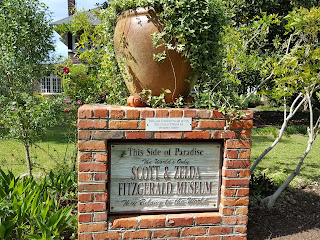 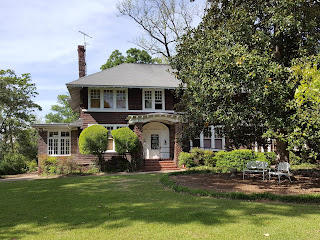