In spite of cloudy weather and possible rain, we drove the 150 miles to Tensaw in order to visit Fort Mims.

It was here on 30 August 1813 700 Redstick lead by Red Eagle (William Weatherford) attacked the fort and massacredover 500 settlers, mostly women and children. The Redstick faction of the Creek nation strongly opposed the influx of American settlers. Another faction of the Creek who were opposed to the violence of the Redstick and who had intermarried with European and American, had previously attacked the Redstick which then initiated this massacre. 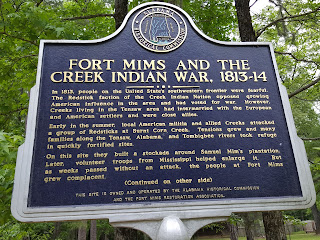 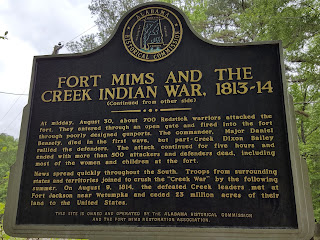 Ironically, Red Eagle or William Weatherford was the son of a Scotsman and Indian Princess.

We then drove to the gravesite of William Weatherford and his Mother. 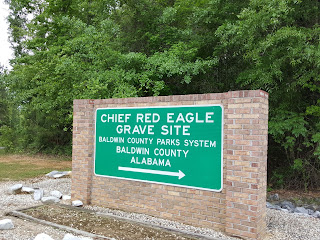 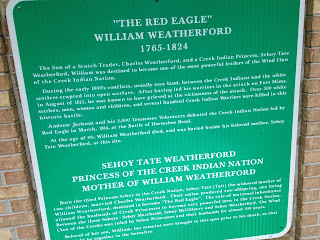 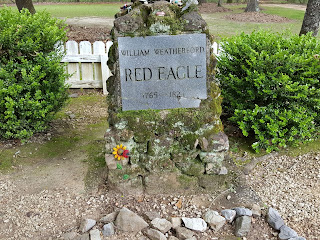 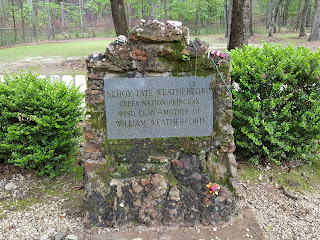 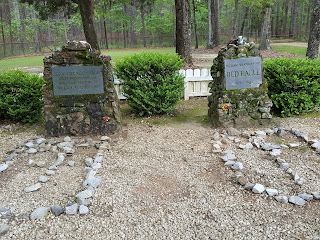 And the rains came. So tomorrow will be a stay at home day. The weekend is supposed to be sunny and we are planning more touring toward Birmingham.
Posted by Amy at 11:05 AM