Today we drove to Fort Davis with a stop in Marathon to view markers for Fort Pena Colorado. 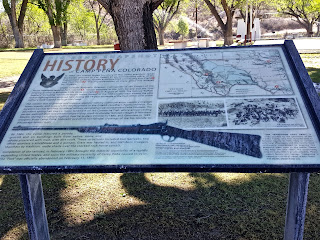 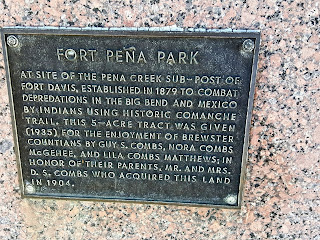 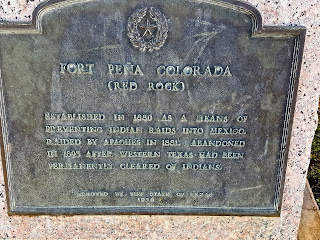 The fort was a post of the Army for 15 years in the late 1800's and the site is located south of Marathon in a city park .

The establishment was to deter the Apache's and to protect the white settlements. It was also used to provide escort through the region, perform scout duties and pursue bandits. The fort was abandoned in 1893.

This was our 3rd visit to Fort Davis located in the town by same name on Hwy 118. Our previous visits were in 1986 and 2009. More restoration has taken place since our last visit and a very informative museum has been added. This is definitely worth a visit if in the area. 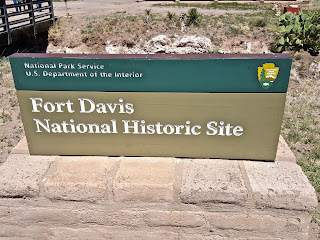 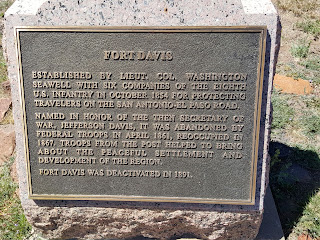 Fort Davis was key in the defense system of West Texas from 1854-1891 in the protection of emigrants, freighters, mail coaches and travelers on the San Antonio-El Paso Road. It is considered one of the best remaining examples of a frontier post. Several of the original foundations are still present. Many of the buildings have been restored including the hospital, barracks and officers quarters. 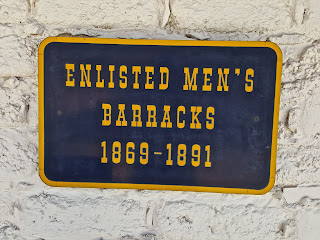 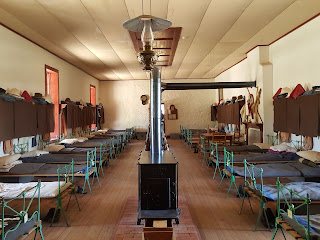 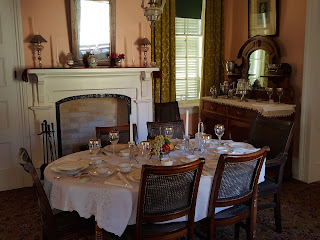 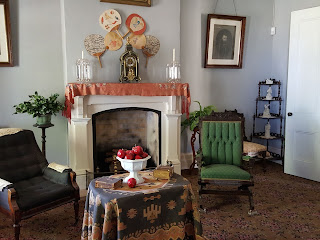 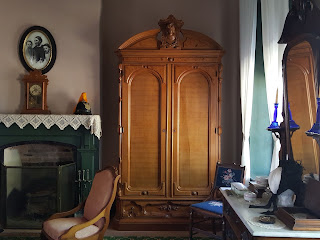 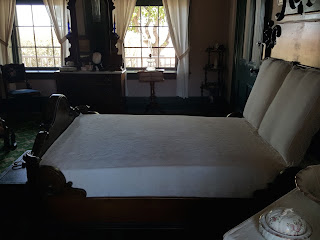 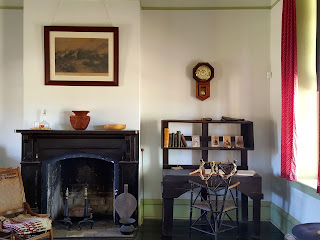 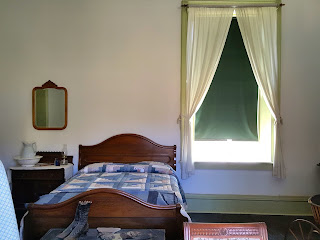 The fort was named after Jefferson Davis. The fort was occupied by Confederate troops during 1861 and 1862 when the Union forces again took possession. in 1867 the fort was again occupied by the Ninth Cavalry who erected officers' quarters,enlisted barracks, guardhouse and hospital. By 1880 the fort became a major installation with over 100 structures and 400 soldiers. With the end of the Indian Wars in west Texas the fort was abandoned in 1891.

On our departure we stopped  at the Caboose for Ice Cream. 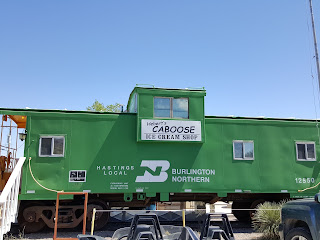