Today we drove the 125 miles to Baton Rouge in order to tour the Capitol Park. The signs in the Park are in need of replacement as noted by some below. 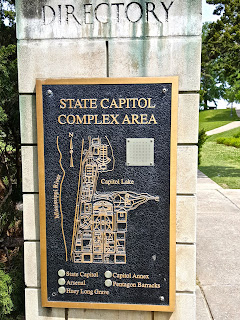 Huey Long was a senator and governor who went from obscure north Louisiana lawyer to flamboyant political figure responsible for the building of the Capitol in 1932 and later assassinated in 1935. It took 14 months to complete at a cost of $5 million. There are 34 floors standing at 450 feet. It is the tallest Capitol in the US. Long is buried on the grounds. Take the elevator to the observation deck to get a great view of the city.


At the Zachary Taylor homesite only a marker is evident. He named the cottage "Buena Vista" after his famous victory in the Mexican War.

A marker gives a brief description of Fort San Carlos. The British built a large star shaped earthen fort. Spanish forces attacked the fort in 1779 and ended British rule of the lower Mississippi River. The fort was then named San Carlos.

The Pentagon Barracks so named for its shape and begun in 1819 was completed in 1824. The Barracks have been used over the years by the Army, LSU student housing and now legislators when in session.


Indian Mound dates back almost 1,000 years and served as a temple or chief's house. Later it served as a cemetery for the military. Native Americans lived in this area for 3,500 years. 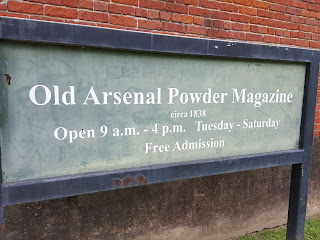 On our way back to Lake Charles, we took a detour to Port Hudson SHS Battleground. The siege of Port Hudson began on 23 May 1863. 30,000 Union troops against 6800 Confederates. After 48 days and thousands of casualties, the Union Army entered Port Hudson with the siege becoming the longest in American military history. 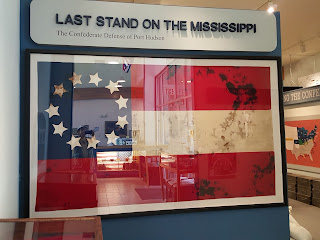 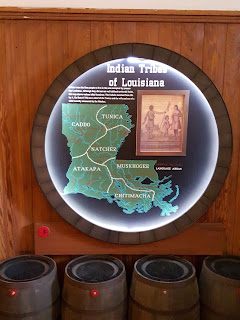