Our drive today to search for more fort markers took us first to Horseshoe Bend National Military Park located near Lake Martin on the Tallapoosa River between Alexander City and Dadeville on Hwy 49.  We then drove up to Ashland,Talladega and Anniston.

It was at Horseshoe Bend on 27 March 1814 that 3300 Tennessee militia and Allied Warriors under the command of Andrew Jackson defeated the Red Sticks led by Chief Menawa thus ending the Creek Indian War. The peace treaty added 23 million acres of Creek land to the southeastern US encompassing 3/5's of Alabama and 1/5th of Georgia. Nine months later on 8 January 1815 Jackson defeated the British in the Battle of New Orleans, the last major battle of the War of 1812. 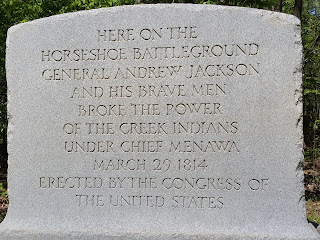 Below are some excerpts from the park brochure for a better explanation of events. 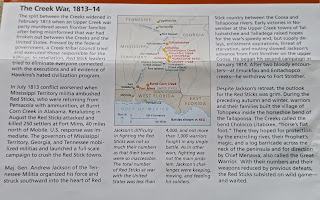 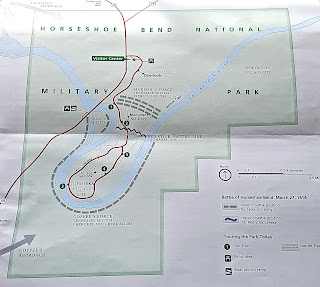 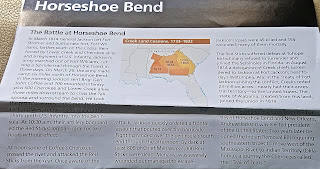 Our next stops in Ashland, Talladega,Anniston and Onatchee produced only Markers . 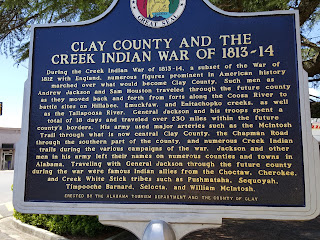 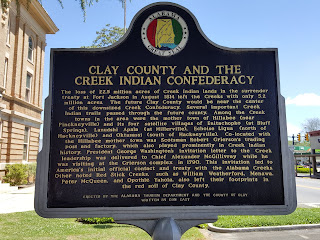 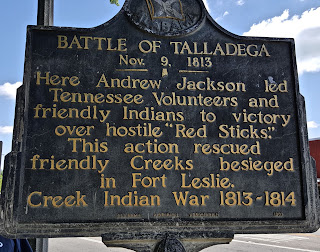 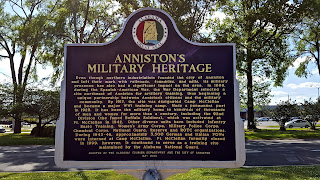 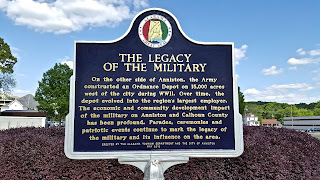