Today we toured the El Paso Mission Trail south of El Paso stopping at Missions Ysleto, Scorro and San Elizario which are on the Scorro Road within 10 miles of each other. This historic trail ran from Mexico City to Santa Fe and is represented by this particular route of the three missions. The trail is known as El Camino Real de Tierra Adentro or Royal Road of the Interior and is the oldest in North America.

The turbulent Rio Grande resulted in the shifting of the borders and the above mentioned missions were on the south bank and in 1829 when the waters receded, the river had cut a new channel and they are now on the northside.

One mission remained in Mexico, the Guadalupe.


Mission Socorro in the town by same name was in use by 1691 and it too was destroyed by the 1740 flood as was the 2nd structure in 1892 with the rebuilding completed by 1843. The congregation was mainly Piro Indians and Spanish families under the direction of Franciscan Missionaries. In 2005, it was completely restored.

The Presidio Chapel San Elizario was built to protect Spain's interest in the northern frontier. The flood of 1829 destroyed the original chapel. When Mexico won its independence from Spain in 1821,the importance of the Presidio waned and San Elizario became a prosperous farming community.


The Historic Walking Tour takes you along Main St featuring some 17 Historic Sites, some that date back to 1598 when Spanish colonizer Don Juan de Onate took possession of the area and the first Thanksgiving was celebrated  with the the Manso Indians..23 years before the  Pilgrims feast. 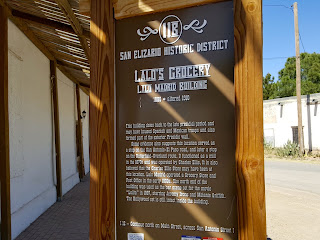 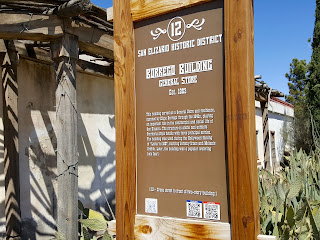 San Elizario was the site of the 1877 Salt War, the biggest gunfight in the Old West. It was also the site of the first and only defeat of the Proud Texas Rangers and the only jail Billy the Kid broke into.

This is just a brief history of these 3 missions,but if interested, just google.