Fort Owen is the site of the first permanent white settlement in Montana established in 1850 by Major John Owen as a regional trade center. It is located adjacent to private farming area and is maintained by they state. The fort supported a farming operation,sawmill and gristmill. Of the original buildings one of the barracks remains. Other structures have been rebuilt. 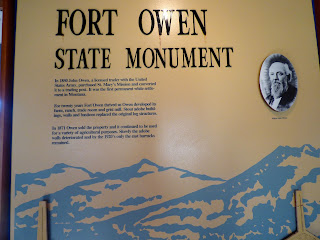 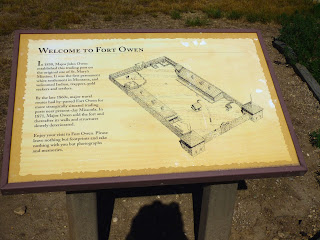 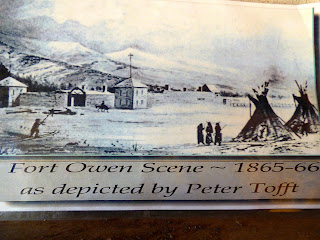 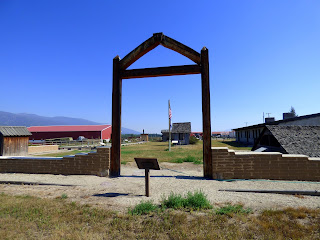 St Mary's Mission was established in 1841 by Black Robed Jesuits led by Father DeSmet at the request of the Salish and Nez Perce Tribes. St Mary's was the first Christian church in the Northwest Territory. Father DeSmet introduced farming and animal husbandry as well the Christian doctrine to the Native Americans. The Salish embraced Christian values. 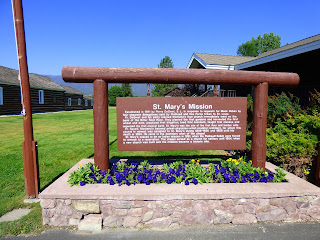 This is the fourth chapel built for the Salish people. The first was consumed by floods, the second by fire and the third too small. No pictures allowed inside the chapel. The chapel has attached rooms that served as residence, kitchen, dining room.The chapel organ at the time cost $10 with a delivery charge of $1.50. 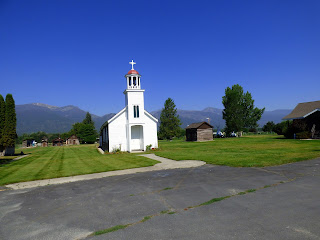 Also on the grounds is the cabin of Father Ravalli . He arrived at the mission in 1845. He was a doctor and pharmacists to the Natives and settlers. The cabin was built on this site in 1865.

Chief Victor's cabin built by John Owen and FR Ravalli. His widow lived in the cabin until her death in 1884. Chief Victor of the Salish died in 1870.

The Diorama depicts Chief Big Face who was responsible for bringing the "Black Robes" to his people,Fr DeSmet and Chief Victor who served as tribal chief after the death of Chief Big Face.

Both parks are located in Stevensville just off Hwy 93 toward Hamilton.

Tomorrow we visit Fort Missoula and the museum.