A 30 minute drive down Hwy 70 to the White Sands Missile Range Museum and Park which is open to the public.


The outdoor display features over 50 rockets and missiles once tested on the range including the Redstone,Nike family and several Navy sounding rockets. If you do not have military ID, you are expected to show your driver's license,vehicle registration and proof of insurance. The museum is located just inside the gate. 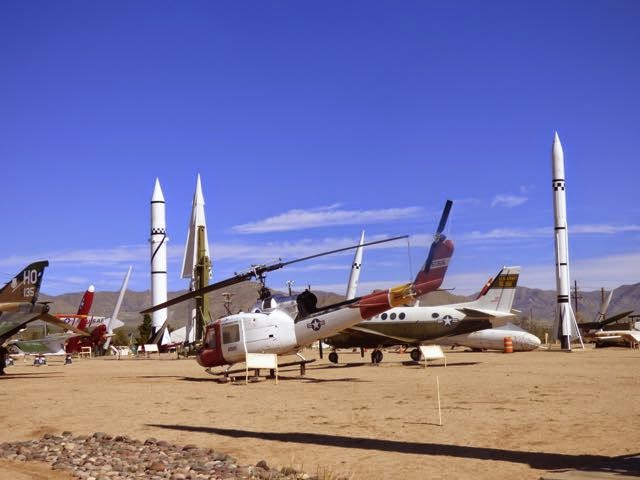 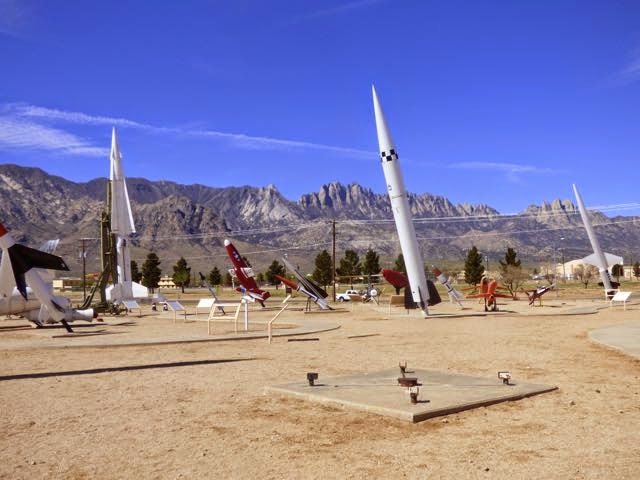 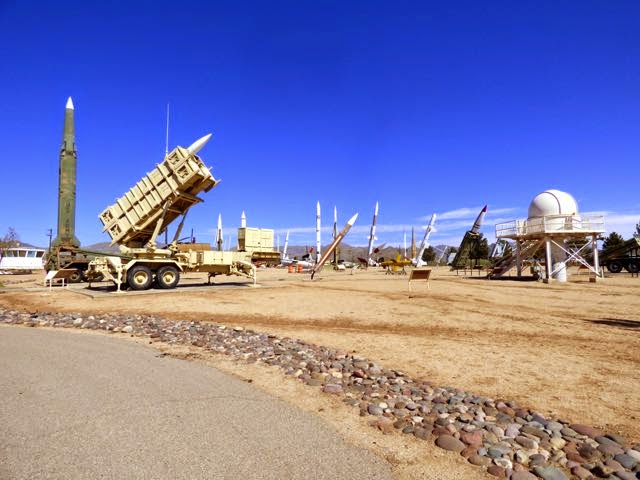 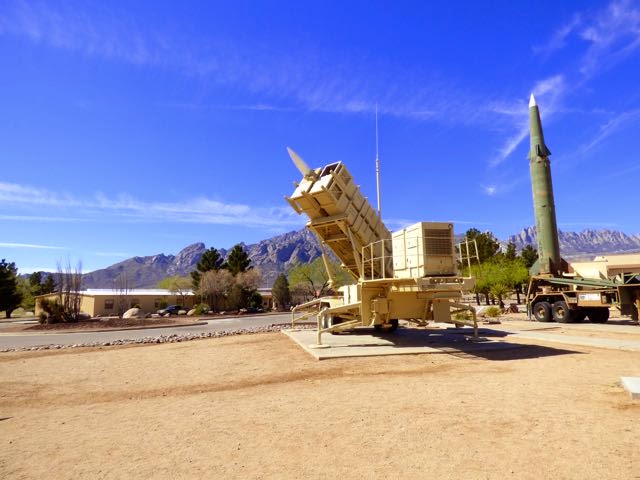 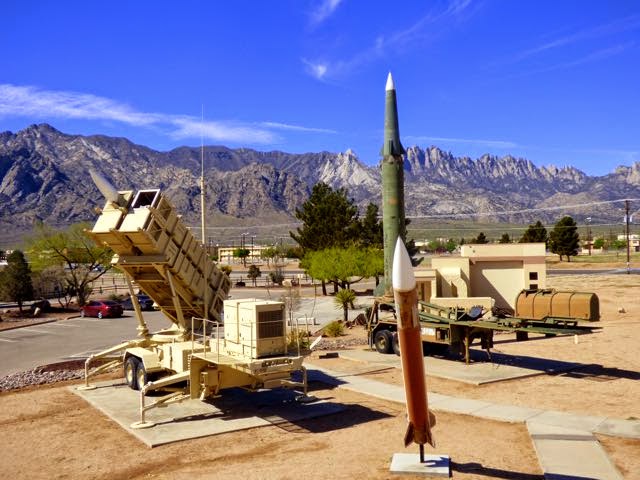 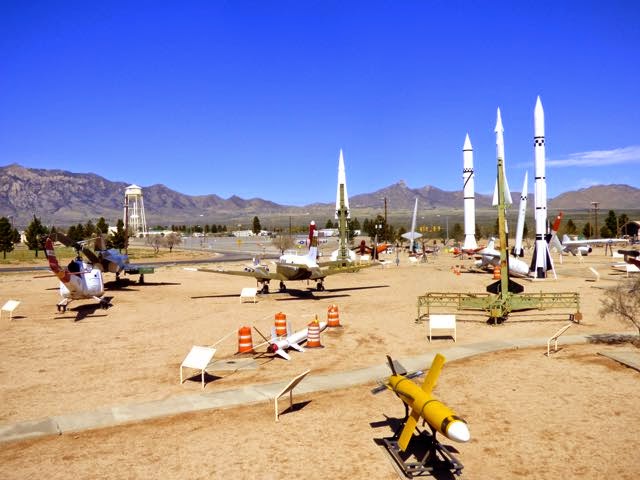 White Sands continues to test the most advanced technologies including the THAAD (Theatre High Altitude Area Defense) and powerful lasers to bring down jets and missiles. The world's largest herd of African Oryx calls the range home. Unfortunately did not see any.

In a separate building across from the museum the German V-2 rocket is housed.

Since 1945 the range has conducted more than 42,000 missile and rocket firings. Rocket payloads from NASA are regularly launched to collect information about the sun and stars.
Columbia landed here in 1982.

The range has a prehistoric history from hunter-gatherers,arrival of European explorers and missionaries, clash of the Buffalo soldiers with the Apache,miners who sought their fortune and eventually what it is today.

Sometimes Hwy 70 is closed during missile launches. Wish we could see one. We did see one at Vandenburg several years ago.

Tomorrow we are going to Roswell.
Posted by Amy at 8:36 PM