Today we drove the scenic Jemez Mountain Trail on Hwy 4 via IH 25 north to Hwy 550. The trail takes you from San Ysidro through the towns of Jemez Pueblo, Jemez Springs, Los Alamos and White Rock.

In Jemez Pueblo we stopped at the Walatowa Visitor Center and Museum with a beautiful view of the red rocks.


Continuing on to Jemez Springs we stopped at Hwy 4 Cafe for lunch. Jemez Springs is dwarfed by high volcanic cliffs and the sound of the Jemez River. The Jemez Bath House featuring hot springs was built between 1870 and 1878. The town features art galleries,restaurants, hiking, camping and horse rides. A surprise on the highway.
Below are photos of mountain scenes on Hwy 4 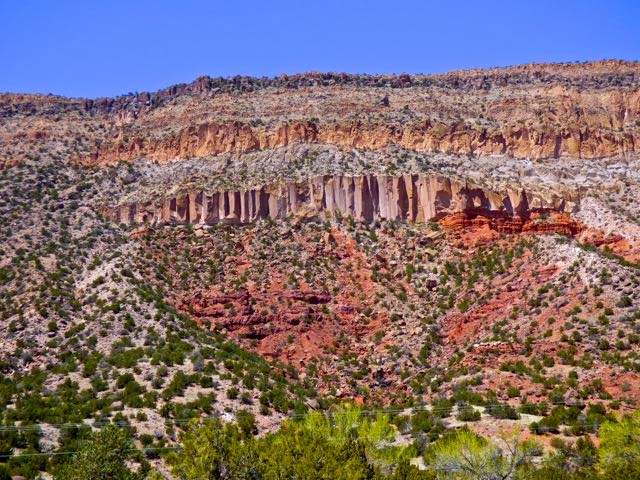 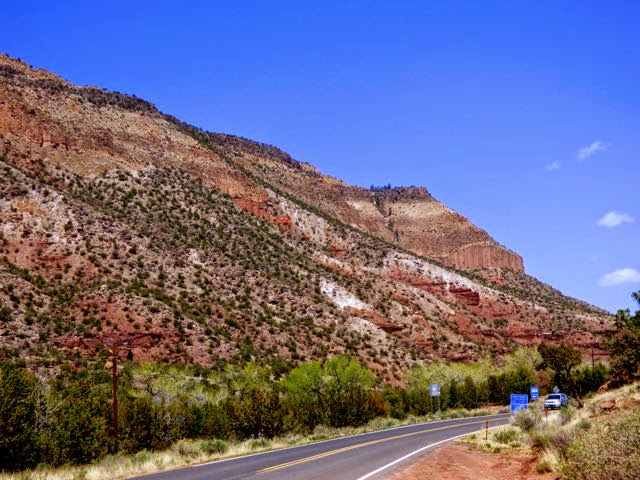 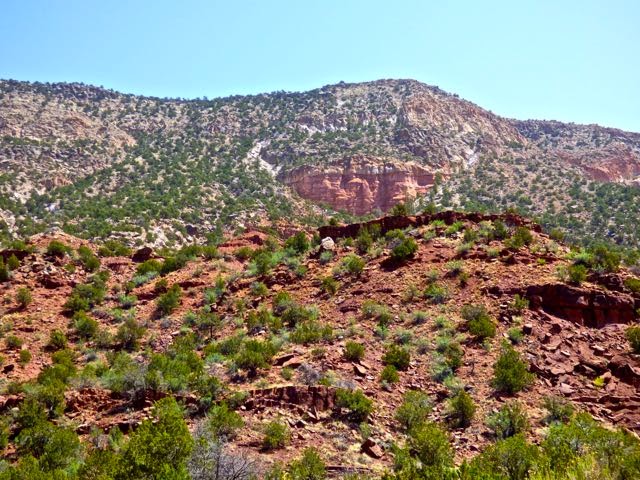 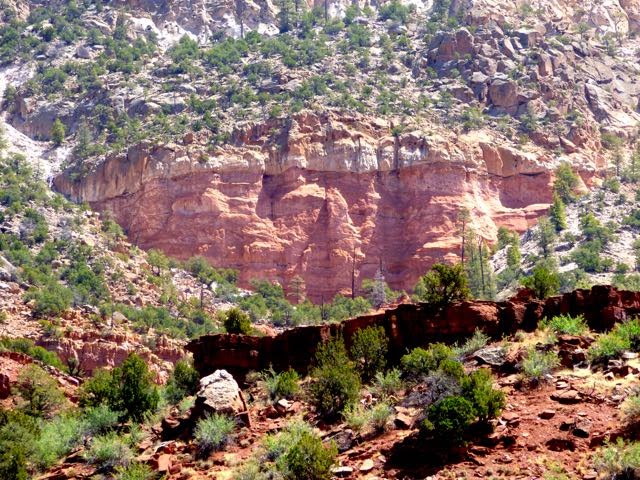 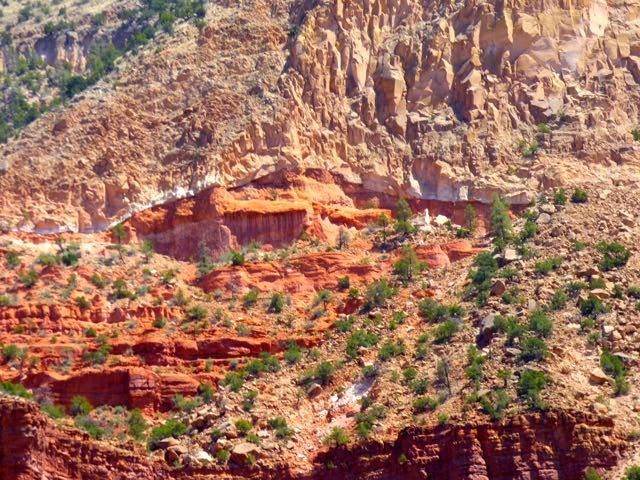 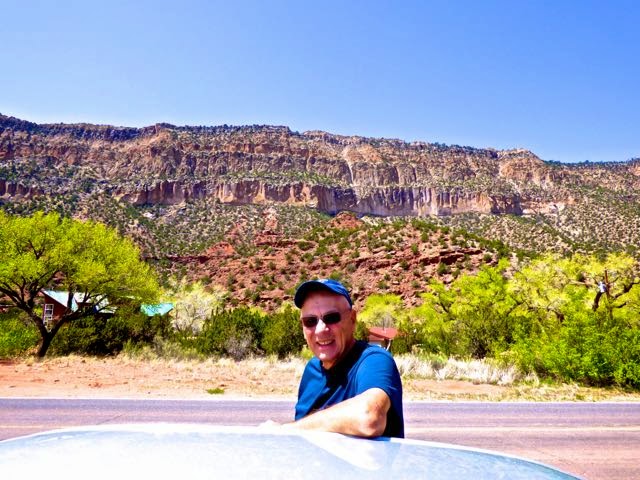 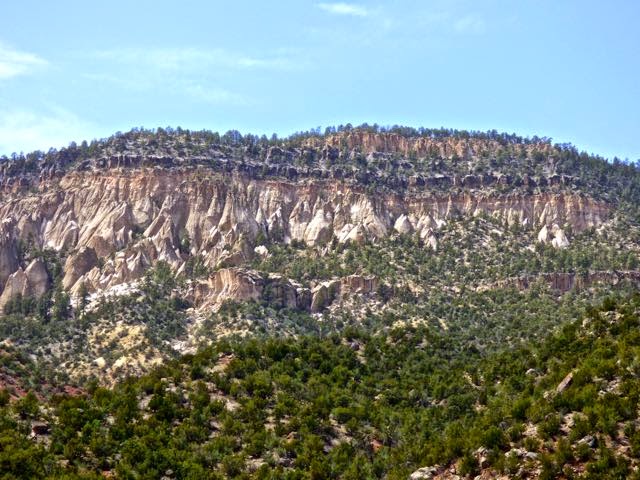 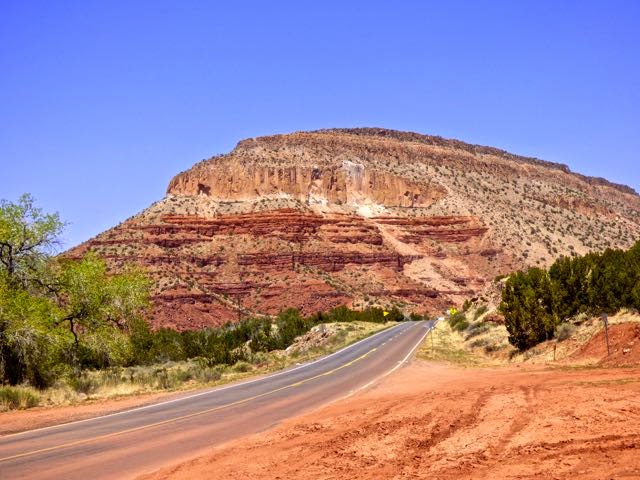 Just beyond is the Jemez State Monument where we toured the ruins of an ancient pueblo of the Jemez people featuring the remains of a 17th century Spanish mission known as San Jose de los Jemez. Across the street is a Catholic Church in a beautiful setting. 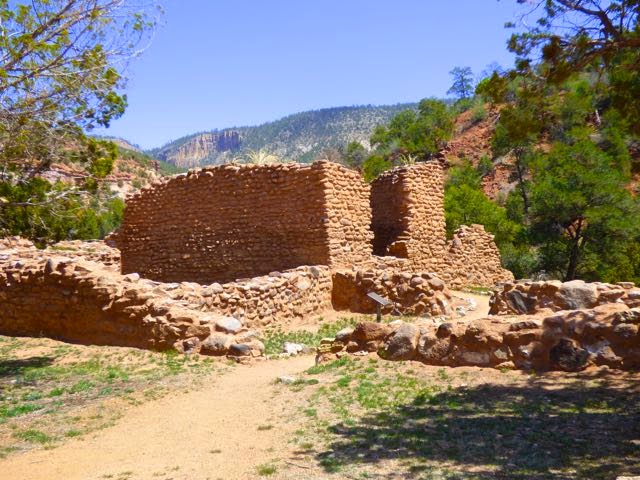 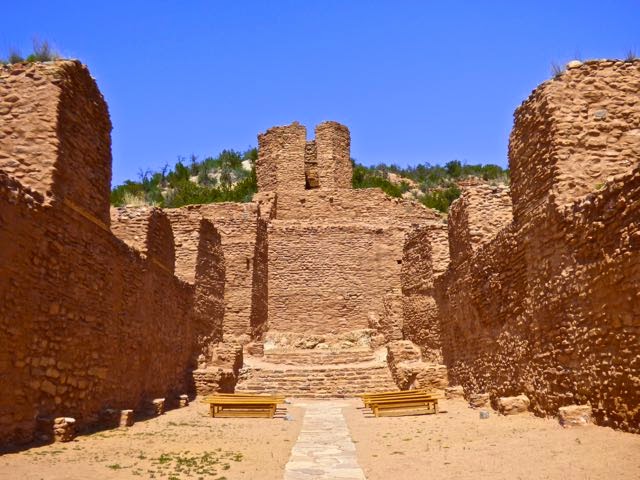 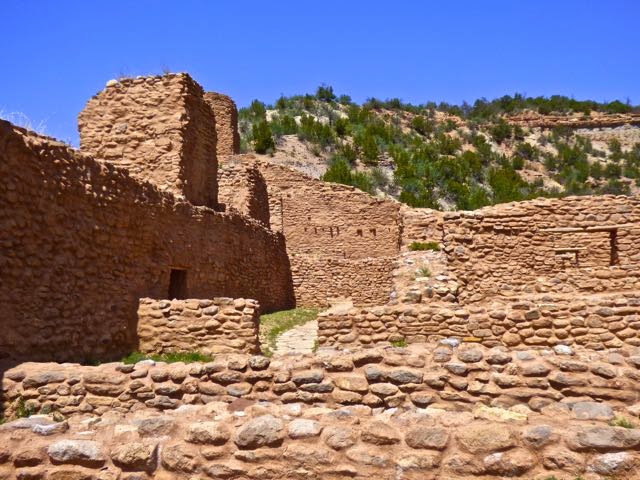 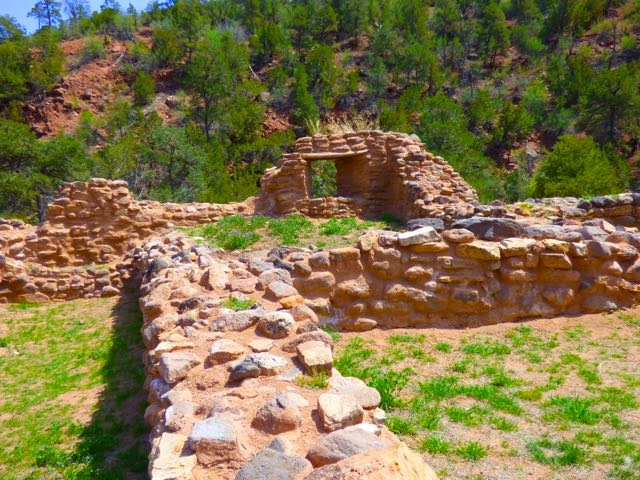 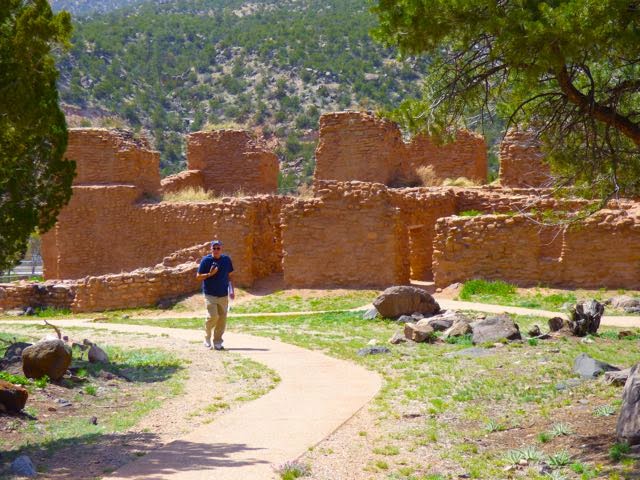 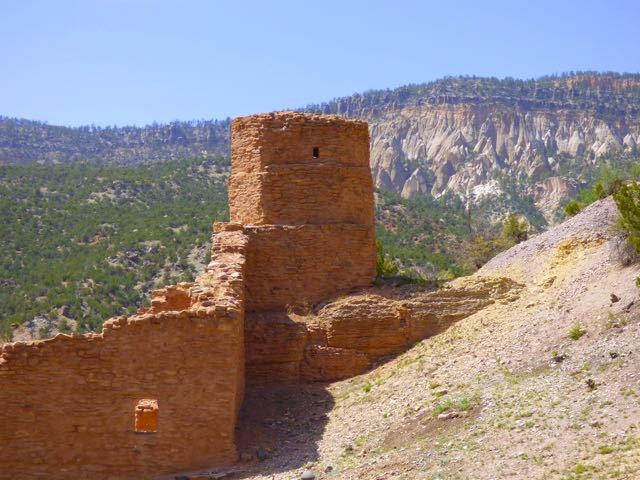 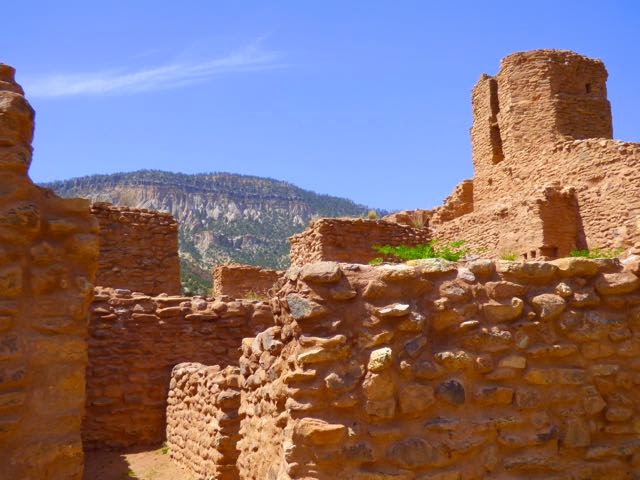 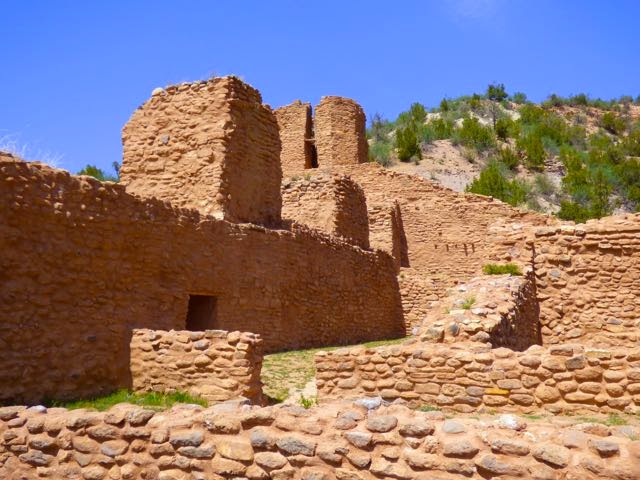 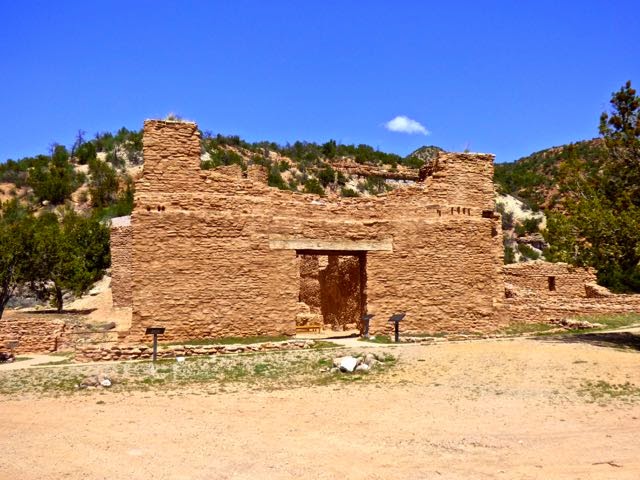 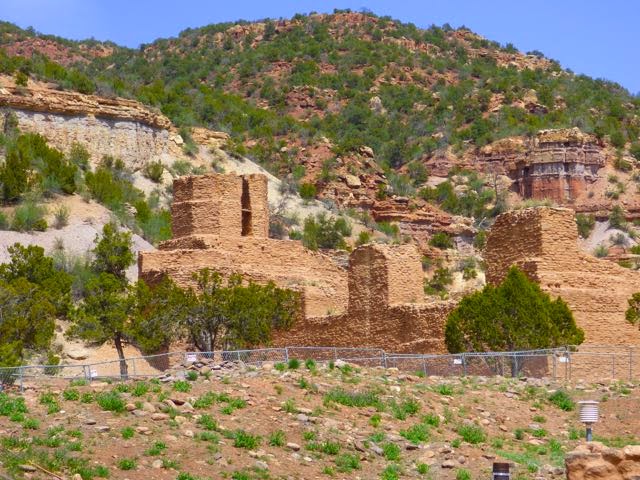 Our next stop was Soda Dam where water from underground hot springs flows creating the illusion of soda flowing.You can take a short hike to view the Jemez Falls where the river drops 70 feet in a series of waterfalls. We did not do this..next time.


Battleship Rock looms in the distance. This is a sheer cliff of welded volcanic ash. From here you can take a two mile hike to Macauley Warm Springs.

Our final stop was at the Valles Caldera National Preserve,one of three super volcanoes in the US. It contains one of the largest young volcanic calderas in the world.It is now an expanse of mountain meadow and forest that now offers fishing,hunting,hiking and wildlife viewing. It is home to over 3,000 Rocky Mountain Elk, but none to be seen today. www.vallescaldera.gov

On the way to White Rock had it not been too late, we would have stopped at the Bandelier National Monument. It is here you can climb inside an ancient cliff dwelling or into an underground Kiva. It contains the remains of a 13th century Pueblo Indian dwellings. If the weather is good, we may go back for this tour.

We returned to Albuquerque via Santa Fe.