Fort Chadbourne is located midway between Abilene and San Angelo on Hwy 277 12 miles north of Bronte. Our last visit was in November 2011 and we were quite surprised at the new Visitor Center and Museum completed in 2012.

The museum houses thousands of military and Native American artifacts, many recovered from the fort site. Also 300 antique guns and rifles, cannons, Medal of Honor wall,stagecoach,antique bank and bar and library. Be sure and view the 20 minute movie before touring the fort.

Fort Chadbourne was established in 1852 by company's A & K of the 8th US Infantry to protect the western fronier and the Butterfield Overland Mail route. The fort housed as many as 450 or few as 50 men. At the start of the Civil War the fort was relinquished to the Texas Regimental Forces. At the end of the war, it was reoccupied by the 4th Us Cavalry and by 1873 it was decommissioned due to lack of water and deterioration and moved to Fort Concho. The Comanche and Kiowa were the two main tribes associated with the fort.

Building restoration is continuing with 6 buildings restored and stabilized including one of the barracks, officer's quarters and Butterfield Stage Station which is the only restored Butterfield Station in the state of Texas. All rooms in the Officer's Quarters are furnished with Odom family heirlooms. 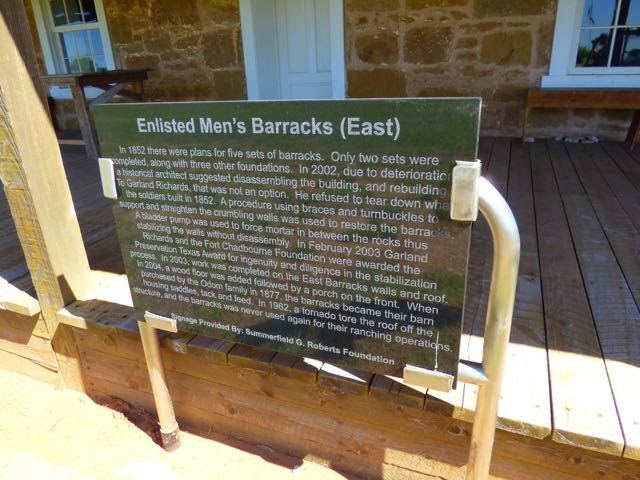 Thomas Lawson Odom was the first of 8 generations to call Fort Chadbourne home with the land purchased in 1877 for $500 in gold. They resided in what is now called the Double Officer's Quarters which burned in 1919 and restored in 2007. The land around the fort now consisting of 10,000 acres is used for grazing of buffalo and Texas Longhorns. 8 generations have resided at the Chadbourne Ranch. The names have changed over the years from Odom, Wylie and now Richards because of two generations of women.

The fort today is the Fort Chadbourne Foundation and is open Tuesday-Saturday. A donation of $8 is requested. I definitely recommend this stop if in the area.

Thank you Brent for giving us a tour and for bringing Sammy along for me to pet. Also, Budrow who hangs out in the museum got some pets too. Never pass up an opportunity for some dog time.

Today we toured Fort Concho, Historic downtown San Angelo and Presidio San Saba in Menard. We last visited Fort Concho in Nov of 2011. The city has done a good job of preserving the fort. The Fort was established in 1867 in order to protect frontier settlements and map the vast West Texas region. The fort is constructed of native limestone and covered 1600 acres with some 40 buildings. It was home to the 4th and 10th Cavalry including 4 regiments of the Buffalo Soldiers. The fort supported 350-400 military personnel. In June 1889 the last of the soldiers left and the fort was deactivated. Today, Fort Concho encompasses most of the original fort and includes 23 original and restored structures. Most of the buildings are open for viewing. Of the original 10 Officer's Quarters, 9 remain. There were 6 enlisted barracks which are now museums, visitor center and storage. Remaining buildings include Hospital,Quartermaster,Commissary, NCO Staff Quarters, Stables,Guardhouse and Powder Magazine.This is definitely worth a visit. 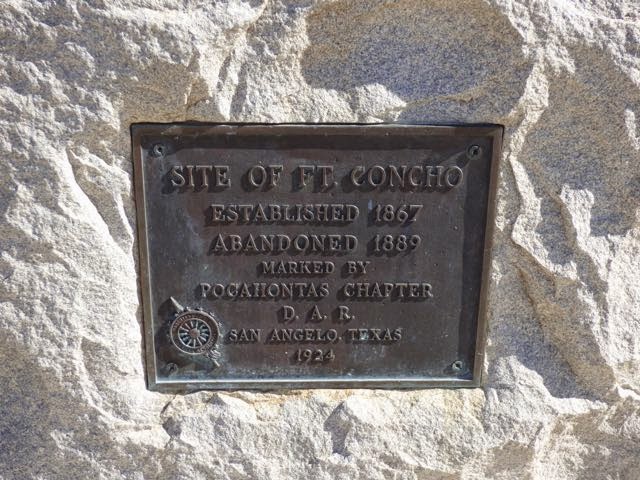 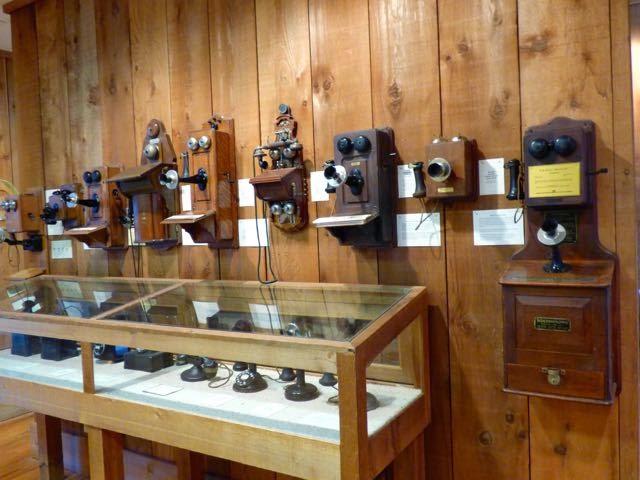 We walked around the Historic District located on Concho St just across the Oakes Bridge from the fort. We stopped in Eggemeyer's General Store built in the late 1880's and was originally a buggy factory. You will be overwhelmed by all the merchandise. There are shops and only one restaurant that we could see as well as murals. The town of San Angelo was founded in 1870 across the Concho River from the fort. 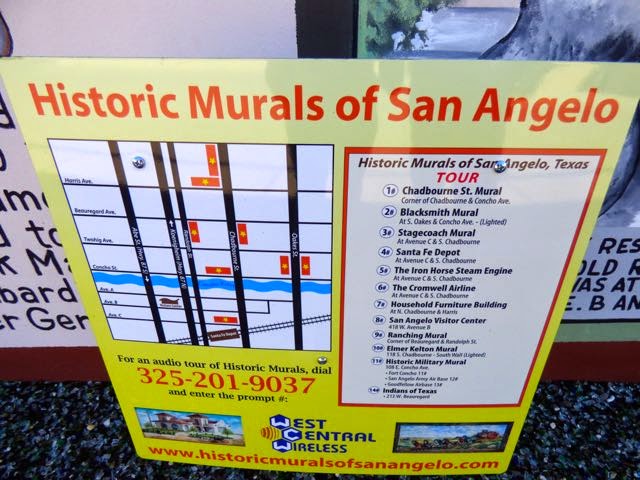 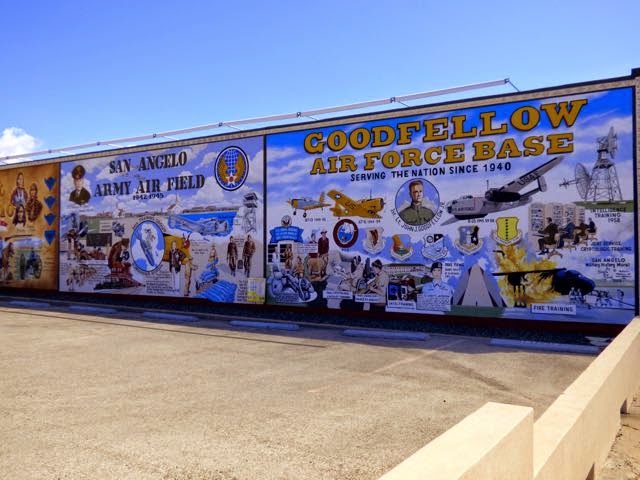 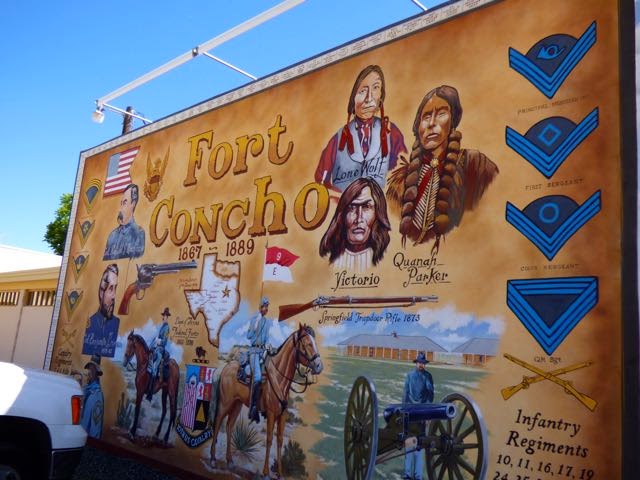 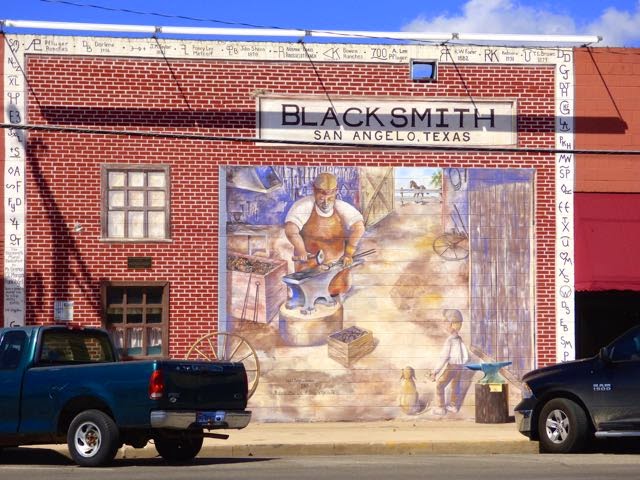 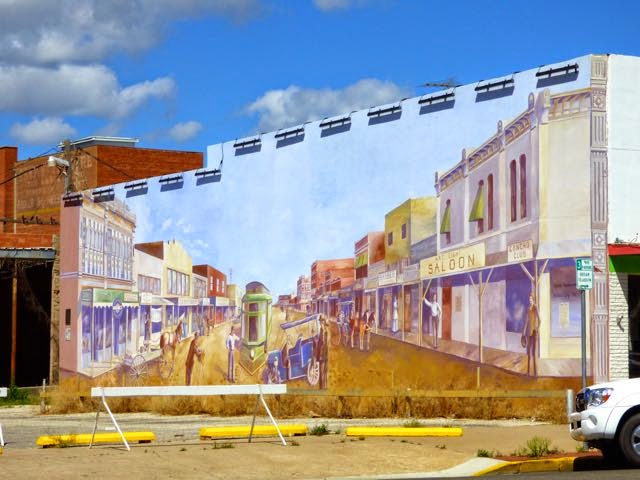 We then decided to drive to Menard which is around 70 miles SE to visit the ruins of Presidio San Saba also known as the Fort of San Saba established in 1757. A train of horses, livestock and pack animals traveled from San Antonio along with soldiers,prospectors, priests and civilians looking for silver and gold. The priests wanted to convert the Lipan Apaches. Mining efforts failed and the Lipan never settled. On March 16 1758 2,000 natives attacked the mission which was located 4 miles downriver killing two priests. The survivors escaped to the Presidio. In 1768 the presidio was abandoned and today only ruins remain. The ruins are located on Hwy 190 2 miles west of Menard.