A very hot day good for touring indoors so we went to the Steward Observatory Mirror Lab on the University of Arizona Campus next to the football stadium. Reservations are required and if using the savings passport booklet, be sure and enter code for discount which is in the booklet. 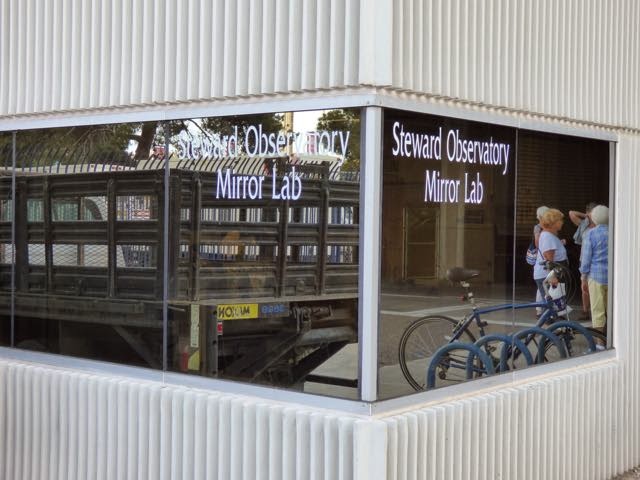 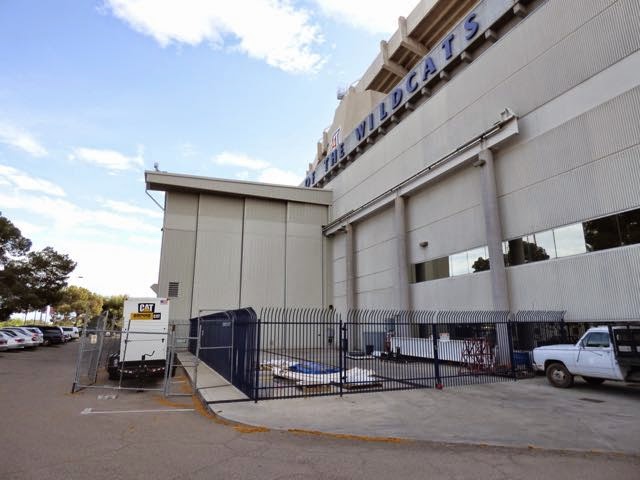 The tour is 1 1/2 hrs and gives you a unique opportunity to learn how engineering and optical technology melds to produce the largest and most advanced giant 84 meters/27ft telescope mirrors in the world. The University of Arizona College of Science is ranked #1 among observational, theoretical and space astronomy in the US.

It took 7 years and $27 million to create the first of 7 mirrors for the Giant Magellan Telescope (GMT) to be built on a peak in Chilie's Atacama Desert at Carnegie's Las Campanas Observatory. It will feature 7 8.4meter mirrors. Total cost of the 7 mirrors plus 1 spare is estimated to be $150-$170 million. Five mirrors are in some stage of production in the cavern beneath the east bleachers of the stadium. Each of the mirrors weighs about 10 tons and transported by truck to Houston and by ship via the canal to Chili. Would like to see one of those trucks on the road.

Current projects of the Lab besides the GMT is the LSST (Large Synoptic Survey Telescope) that will take time-lapse digital images of the entire night sky every three to four days.

The tour was very interesting and would recommend it.

This evening brought a beautiful sunset. 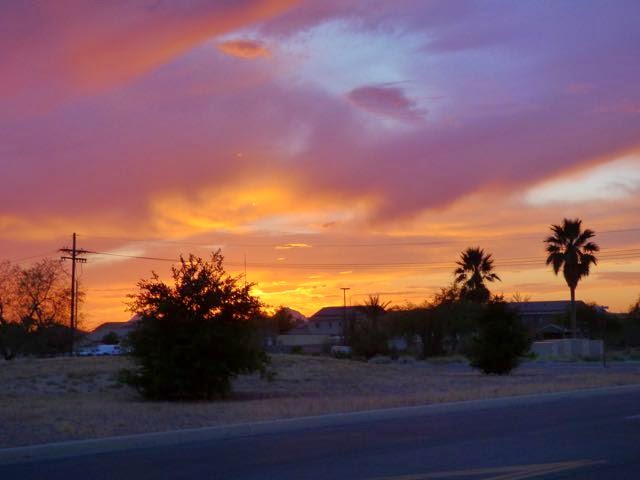 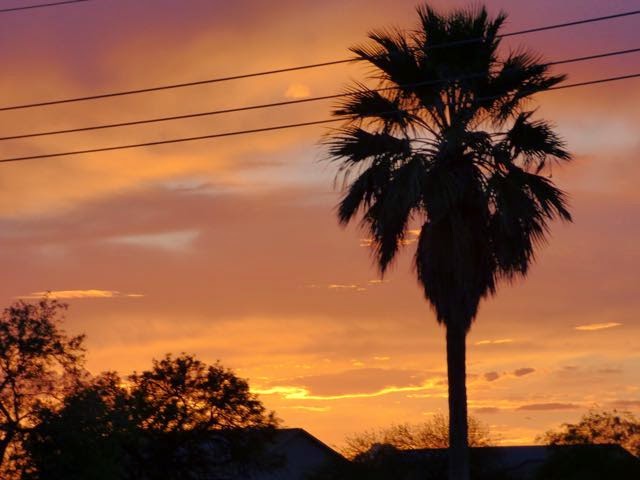