The drive from GLobe to Tucson was only 3 hours via Hwy 79. We arrived at Davis-Monthan AFB around noon. Since they don't take reservations we were assigned to drycamp for 1 night before moving to site #40. This was our 2nd stay at Agave Gulch FamCamp since 2009. We will be here til the end of March. The staff is very helpful and efficient and the sites are only $20 with full hookups. The base is located next to the Boneyard and Pima Military Museum. We visited both on our visit in 2009. The park even features a dog washing station and good dog exercise off leash area.

Davis-Monthan is named in honor of Lieutenants Samuel H Davis and Oscar Monthan, two Tusconan WW I pilots who died in separate military aircraft accidents in 1921 and 1924. The base was established in 1925 as a Landing Field and is home to the 355th Fighter Wing. The Base has a huge economic impact on the area circulating approximately $1.5 billion including retiree data into the community. The Base employs almost 3,000 civilians and created around 4400 jobs. There are 7500 military members assigned to the base. So far this year 1100 airmen have been deployed around the globe from here.

Today we went down to the Visitor Center and visited the Presidio San Agustin del Tucson. In the downtown area there are a lot of homeless tents and much litter. This seems to be a huge problem with no solution. Will say;however, that when we were walking around, we were not harassed or approached for money.

The ruins of the Persidio feature prehistoric pit structures, Spanish area walls centered around the 1929 Pima County Courthouse.Excavations over the last 22 years have uncovered small portions of the Presidio. The fort was built between 1775-1783 by Spanish soldiers and is the founding structure of the city of Tucson. When the Americans arrived in 1856, the original walls were torn down. A reconstruction was completed in 2007. The purpose of the fort was to deter raids by the Apache and keep peace with the settlers. 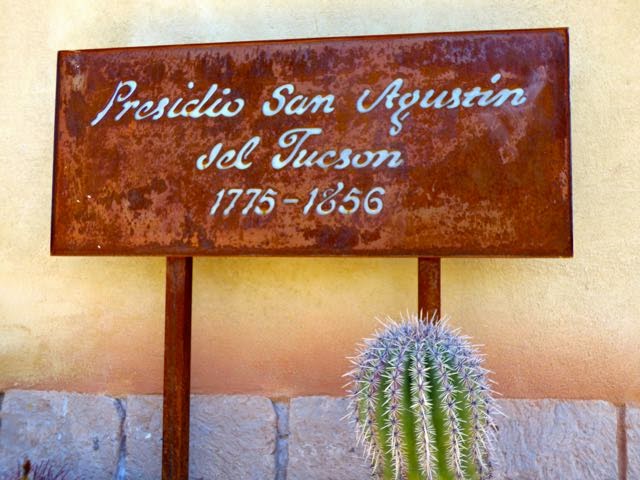 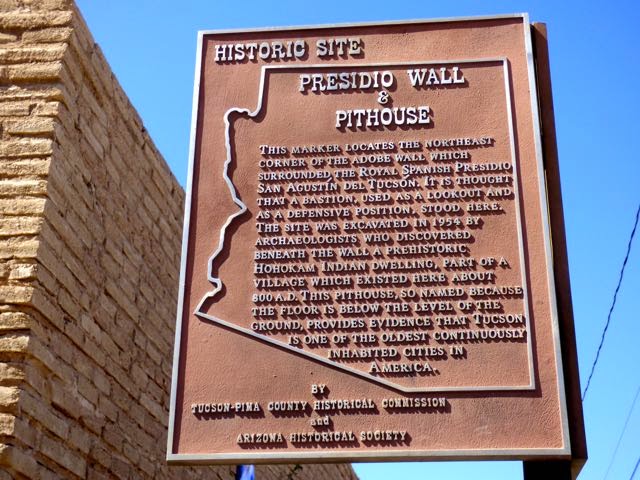 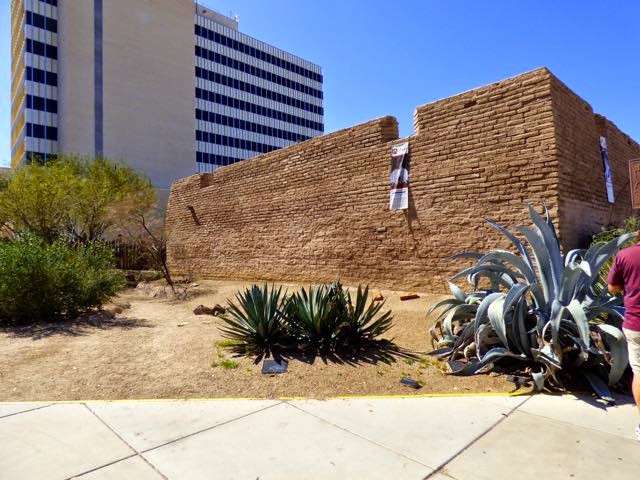 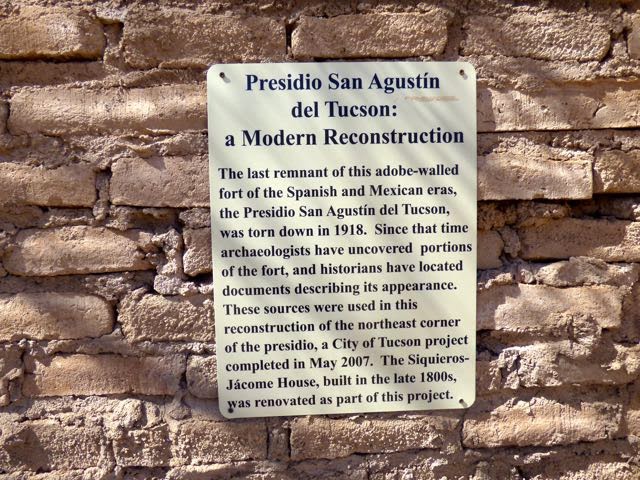 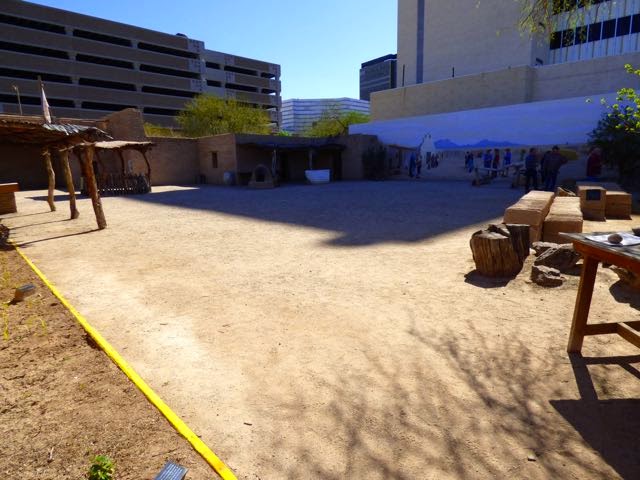 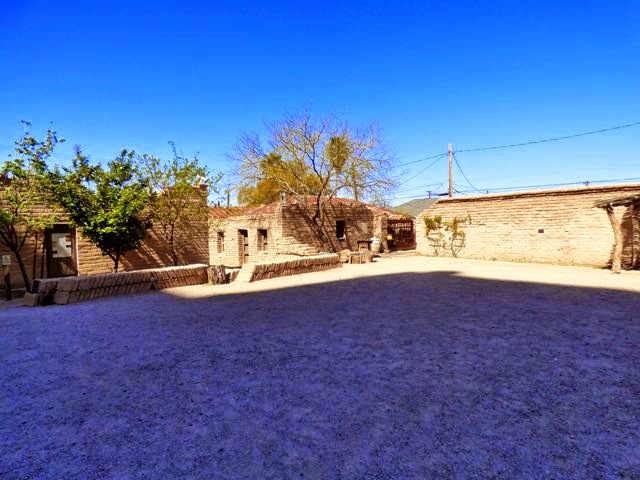 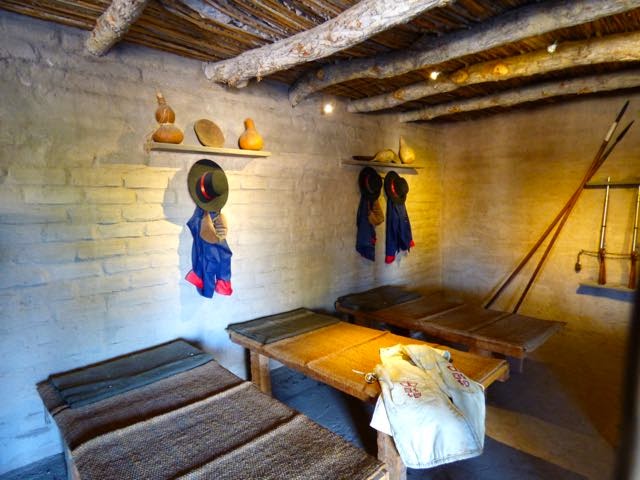 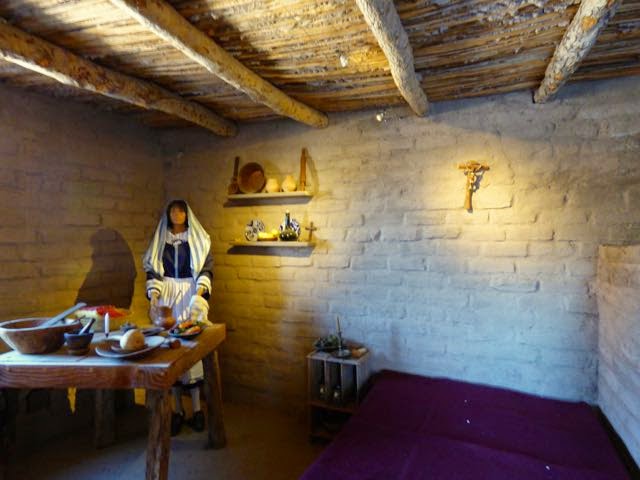 We then stopped for lunch at La Charro just a block away. After lunch we drove to the top of Sentinel Peak for a view of Tucson.


We skipped dinner, but went to Culver's for a one scoop sundae. They have the best frozen custard.

Tomorrow we are heading south to visit several missions and  forts.