Calm waters and beautiful day to do the 2 HR Hornblower north/south bay cruise. We did this in January of this year while we were camped at Pendleton, but the day was foggy,so we decided to do it again. The cruise first takes you southbound by the Navy shipyard, past downtown, under the Coronado Bridge, Seal Training Base and back to the dock to board passengers who are only doing the northbound.

While waiting to depart, got some photos of arriving flights. A precarious airport for flying into. 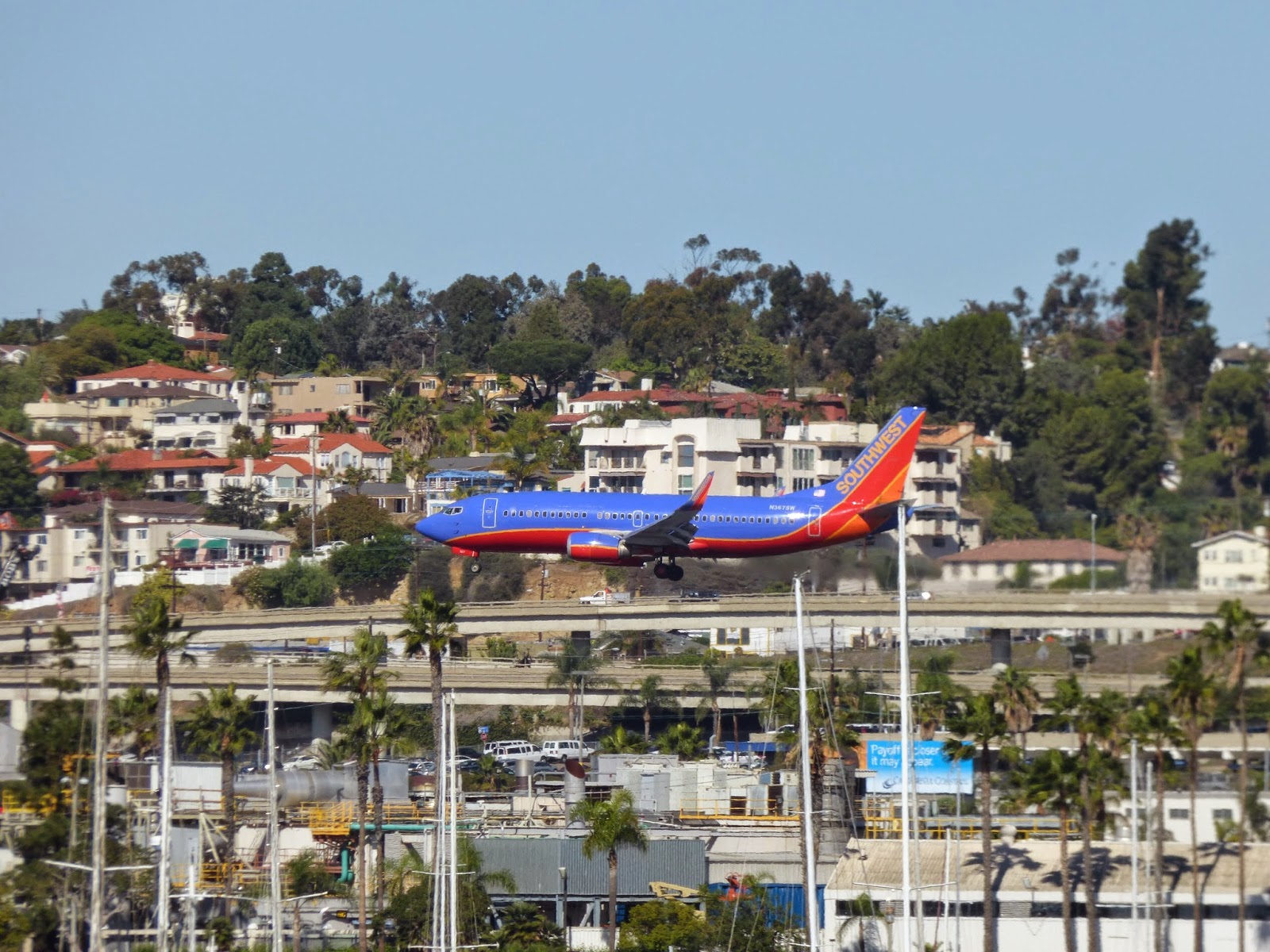 The northbound takes you close to Harbor and Shelter Islands, North Island Navy Air Station, Submarine Base and Point Loma.Commentary is very informative..wish I could remember all the details.


When going under the bridge,it is supposed to be good luck to kiss your honey and hold hands. The bridge opened in 1969 and is 2.12 miles long. It is a prestressed concrete/steel girder bridge connecting San Diego with Coronado. It is the 3rd dealiest suicide bridge in the USA trailing behind Golden Gate and Aurora in Seattle. More than 200 suicides occurred between 1972 and 2000. There are no walkways or bicycle paths or shoulders. Cyclists have a once a year opportunity to ride the bridge in "The Bike the Bay" fun ride.

On the Northbound, you pass by the floating bait huts where the sea lions seem to enjoy resting and sunning. 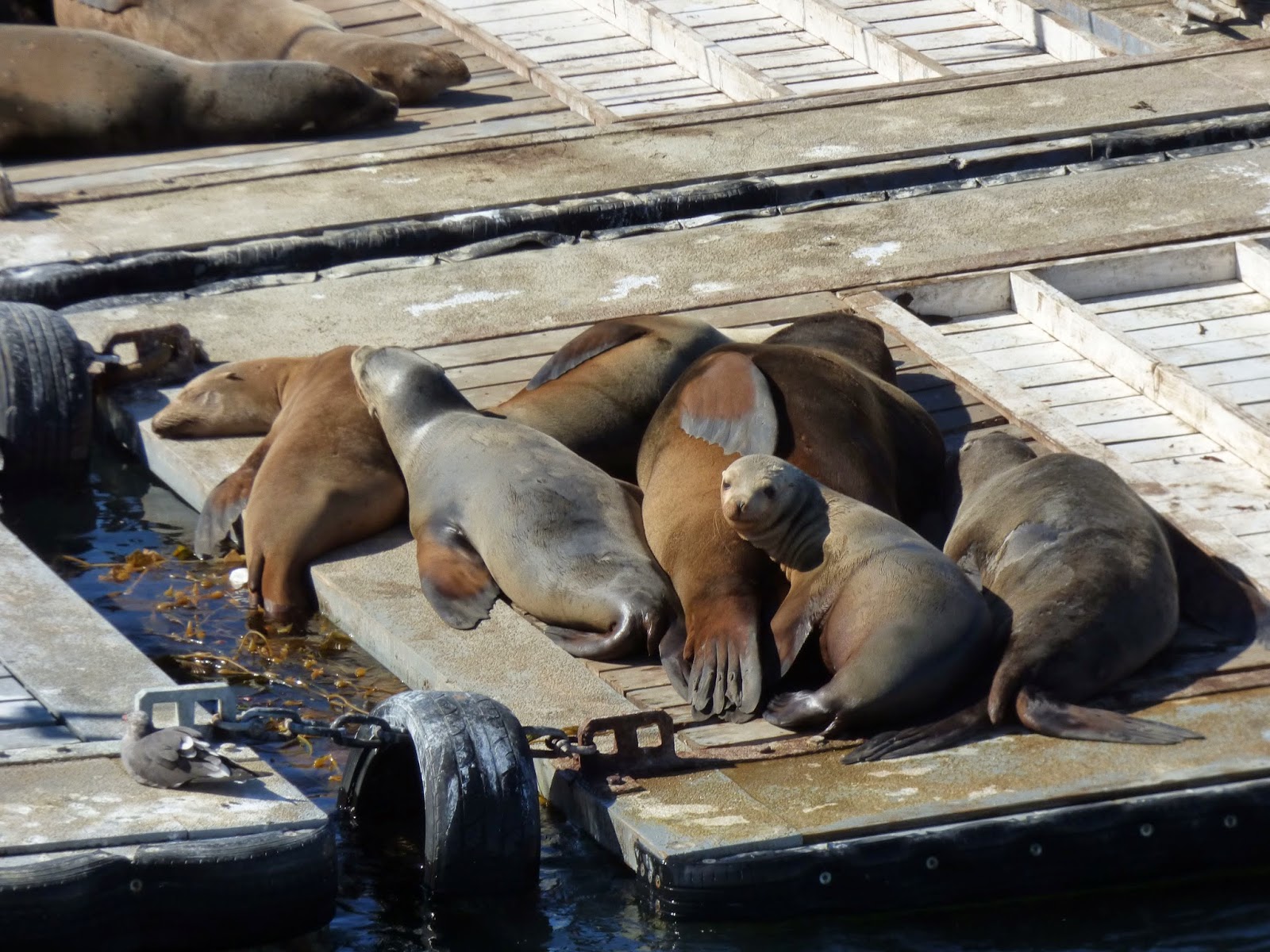 NAS North Island located on the Coronado Peninsula is the official birthplace of Naval Aviation. It is homeport of two aircraft carriers along with fixed and rotary wing squadrons.It also hosts 80 tenant commands and activities. San Diego Naval Base is home port for approximately 60 Navy ships and home base to 50 separate commands.

The USS Ronald Reagan,a Nimitz-class nuclear power super carrier, is in port after being deployed for 10 months. It is now being refurbished.


It was a nice day. Have decided that our favorite area of California is  San Diego area especially Coronado. Seems to emanate a very relaxed way of life. No fast food drive thru, quaint shops, good choice a sidewalk cafes,friendly atmosphere, relaxing and speed limit is 25mph except on Orange Avenue that is 30mph and only street to have stoplights. The high rise condo buildings on the south side were built in the 70's before the strict low rise restrictions. I feel they are the only eyesore on the Peninsula.

Want to walk around the Del Coronado Hotel grounds and interior one day. Beaches on Ocean Blvd are nice. Will post photos later.

Tomorrow we are having Shade Pro come out to replace the slideout awnings with Acrylic that lasts much longer than the vinyl we now have. Should also be more wind resistent.