We watched the preparation for sailing of the Mexican Training ship "Cuauahtemoc". The ship is named for the last emperor of the Aztec Empire. It is used as a training ship for officer cadets and goodwill ambassador to the world. It has done several round the world cruises and just recently arrived in San Pedro from Hawaii enroute to Mazatlan. She has been in service 23 years and traveled 400,000 nautical miles. We would have been sorry to have missed this..quite an experience. Weather overcast, but still got some good photos. 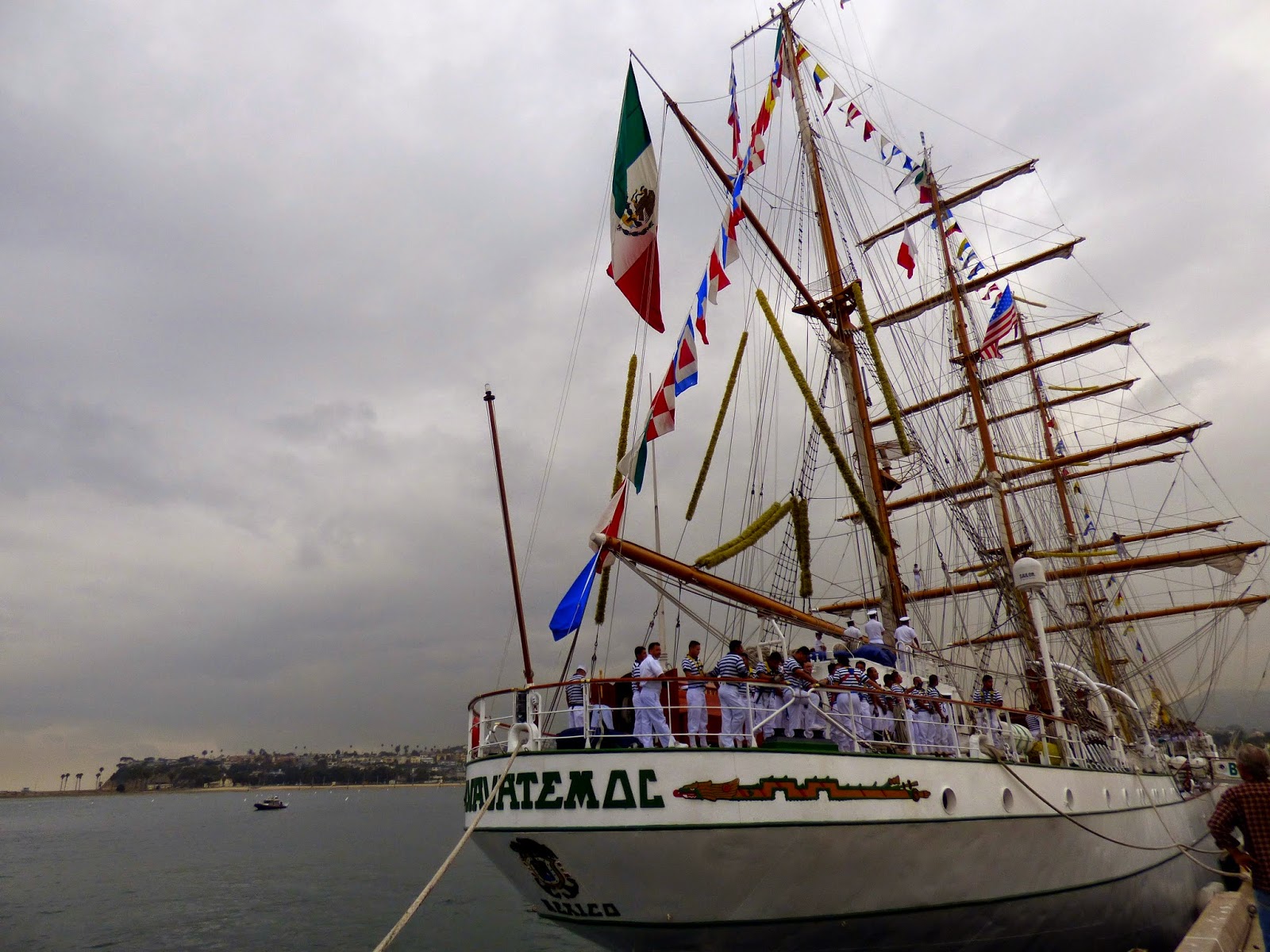 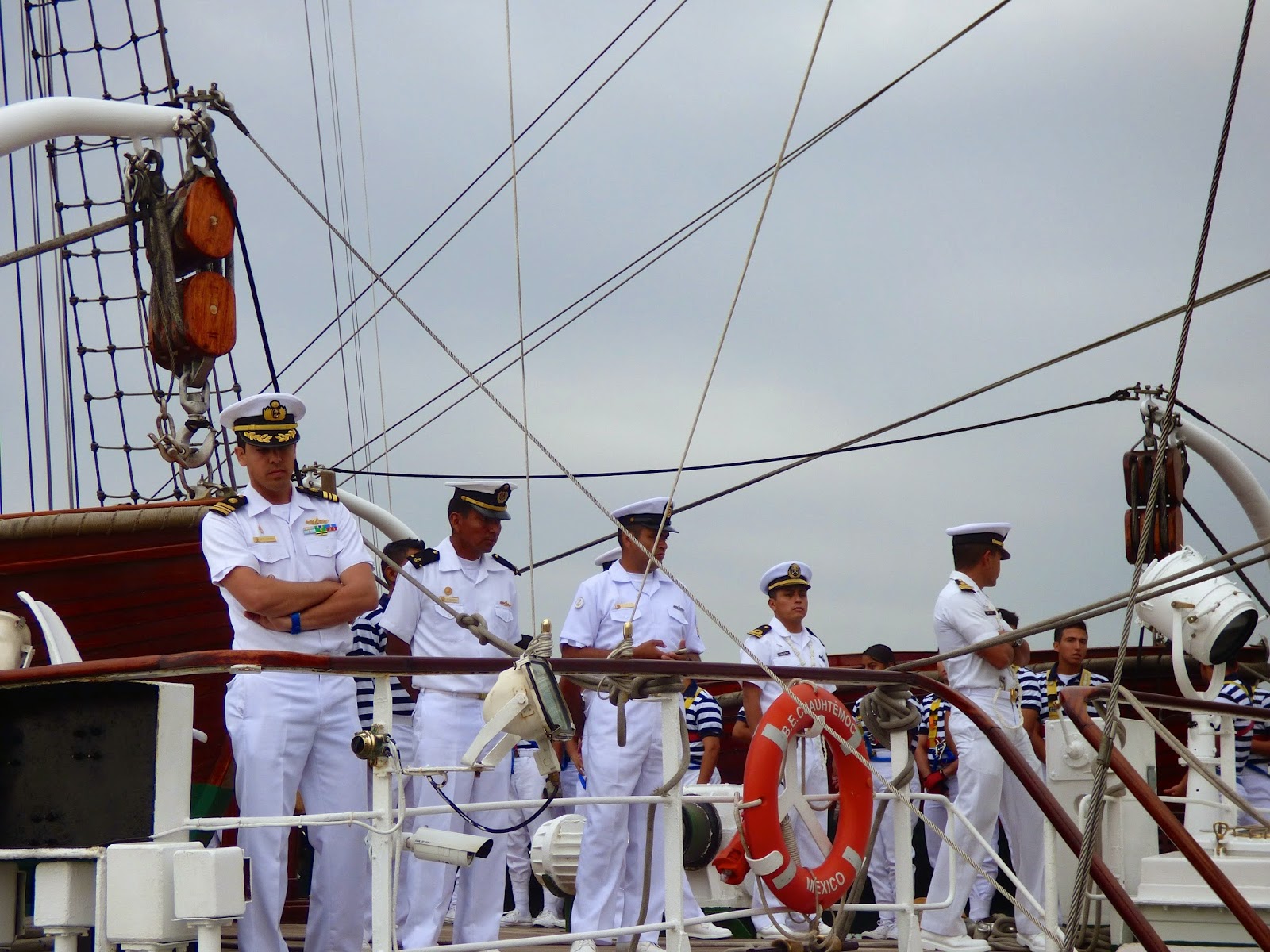 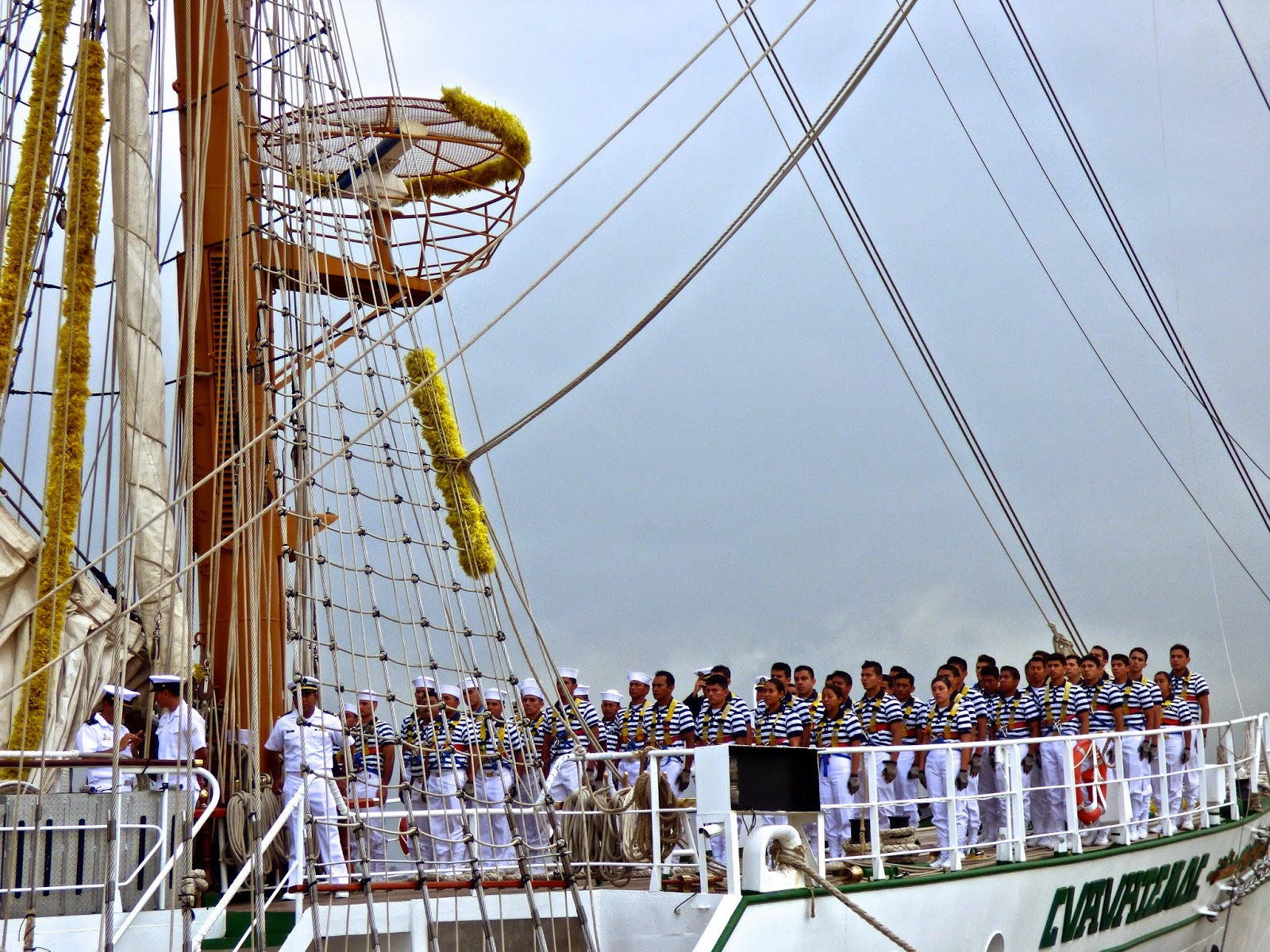 It was fascinating watching the crew climb the rigging and stand in formation on the mast. Takes a strong mind and good balance to do this. Sails were not dropped until they get out to sea..would like to see her in full sail. 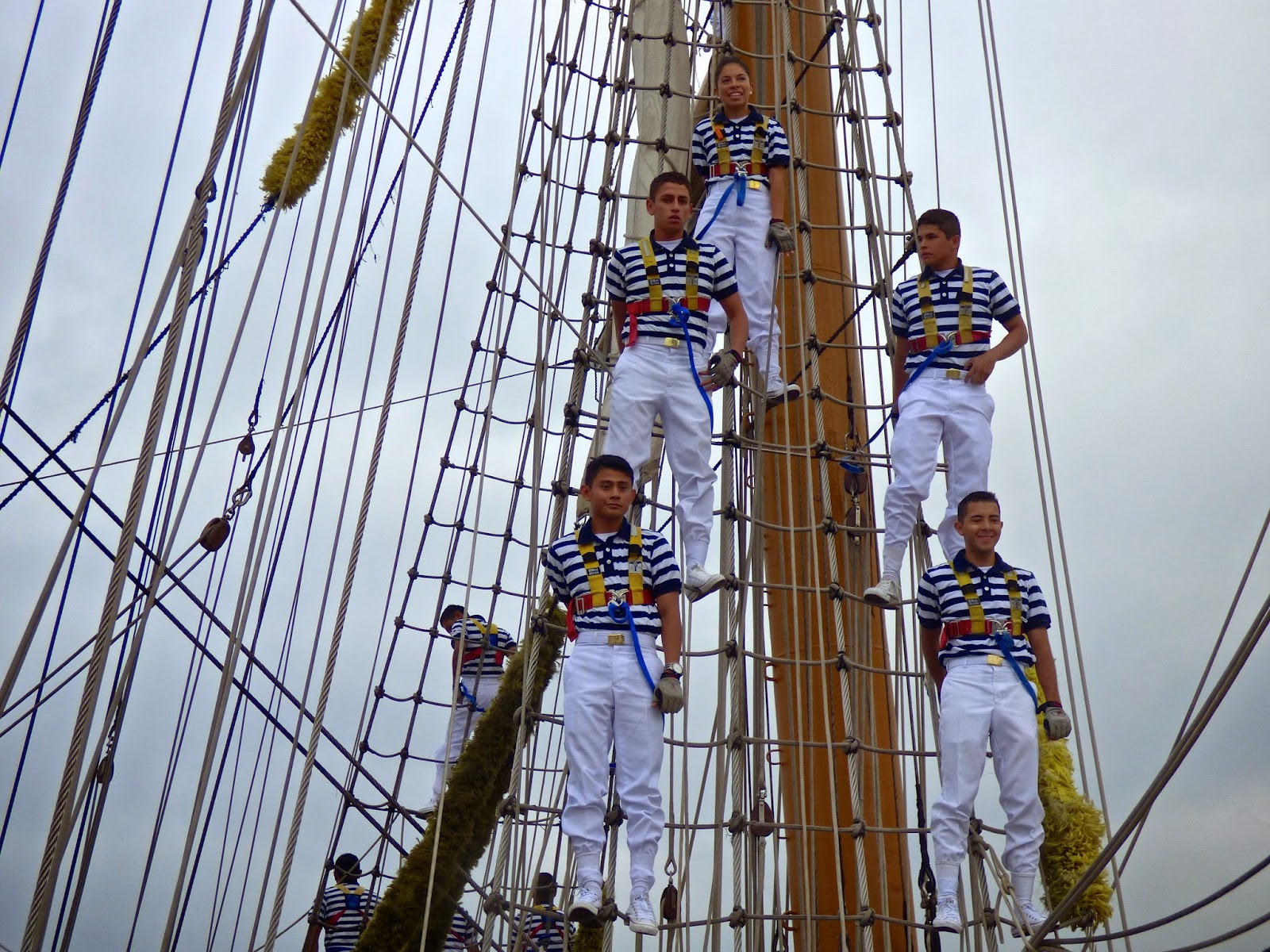 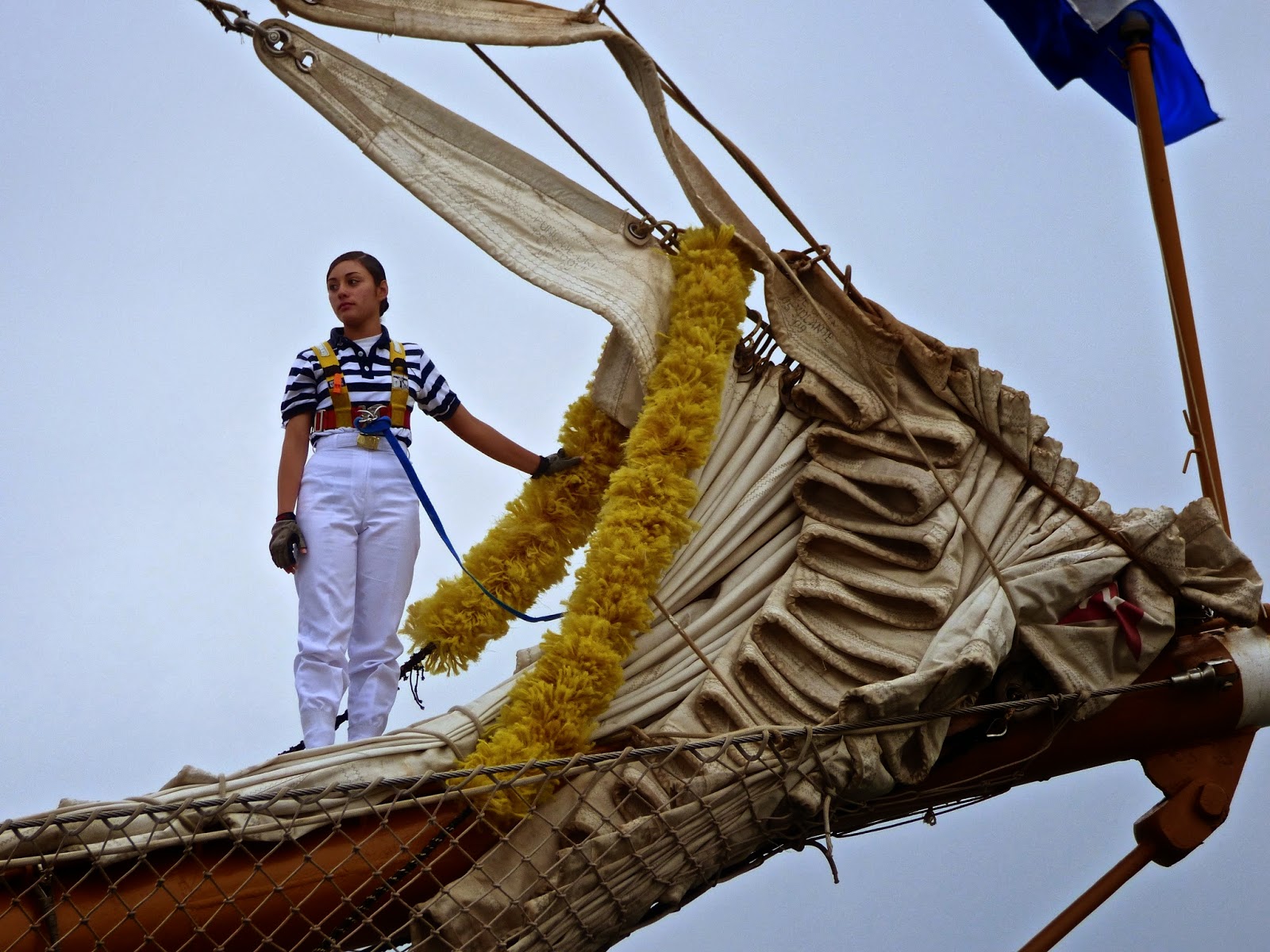 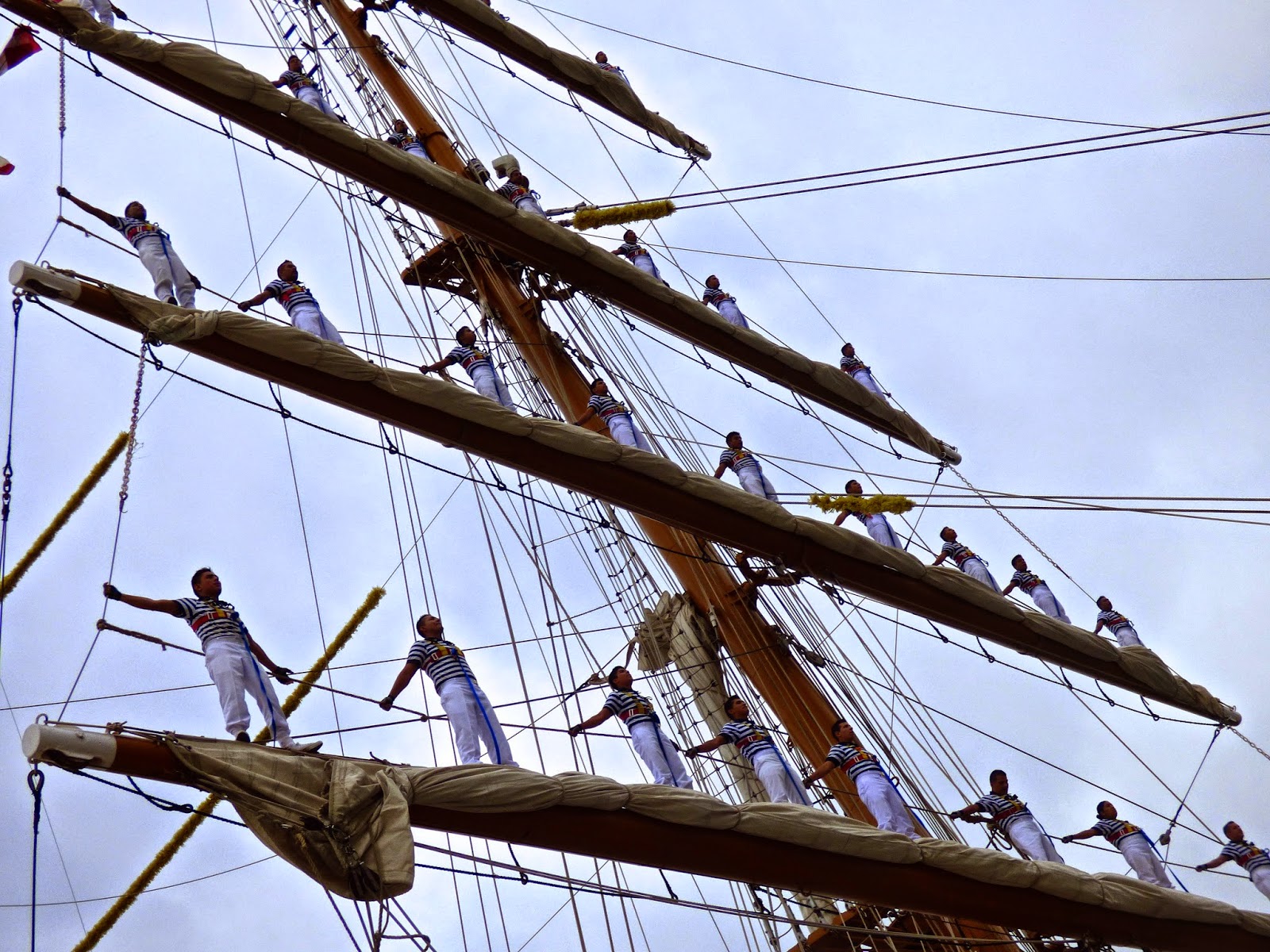 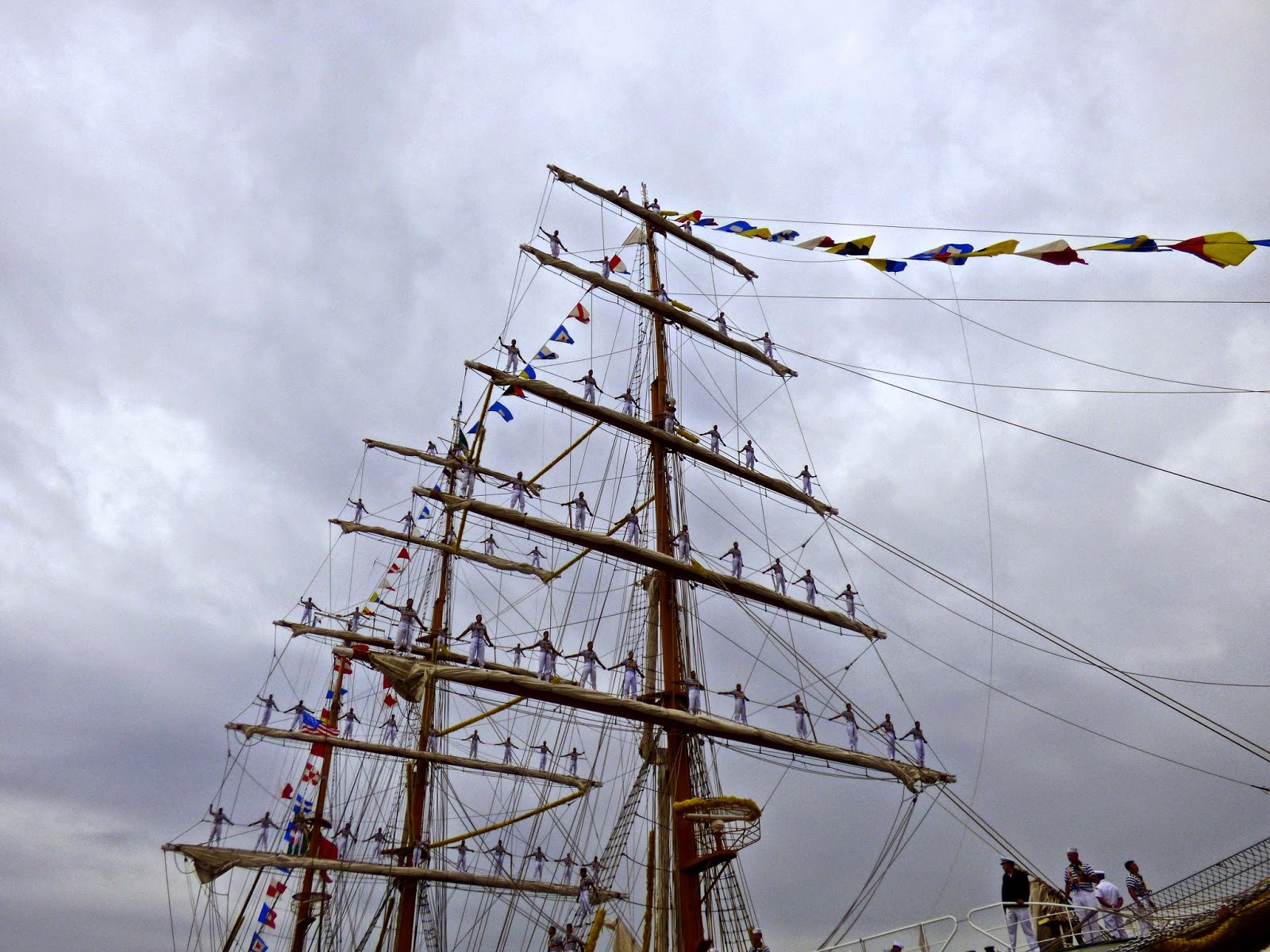 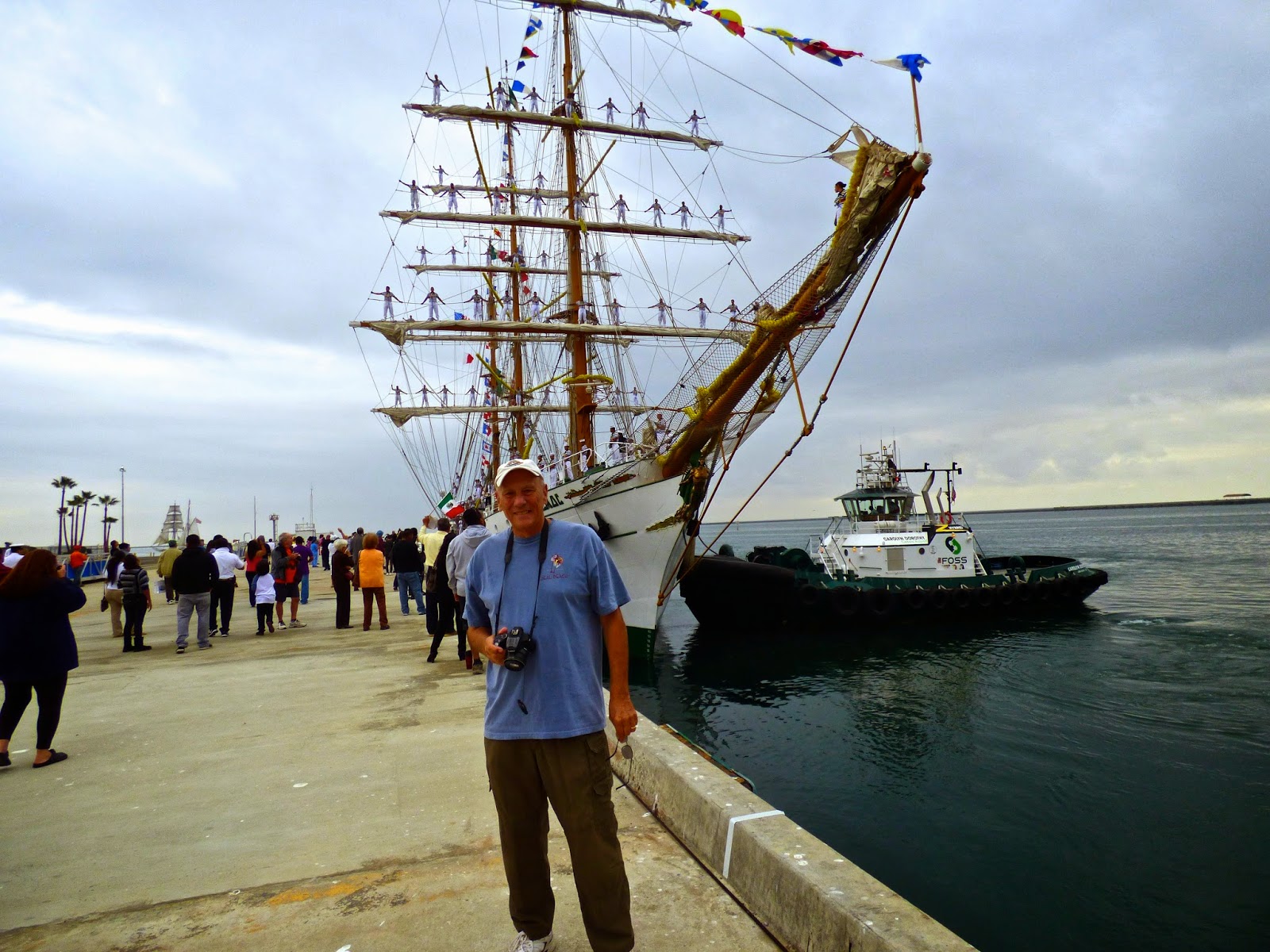 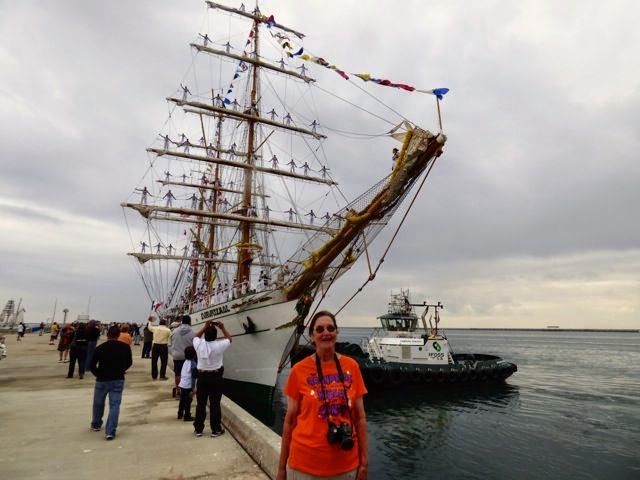 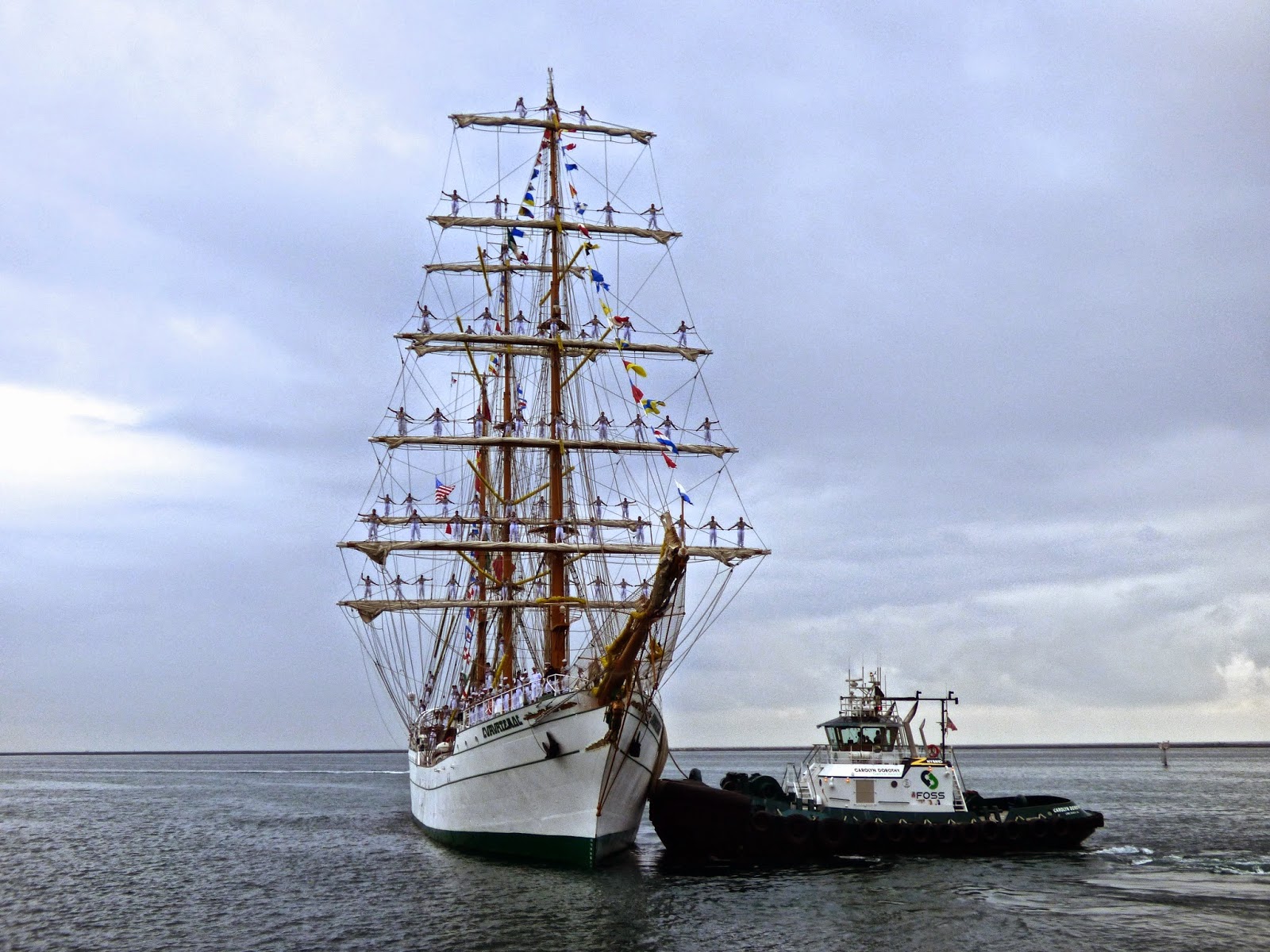 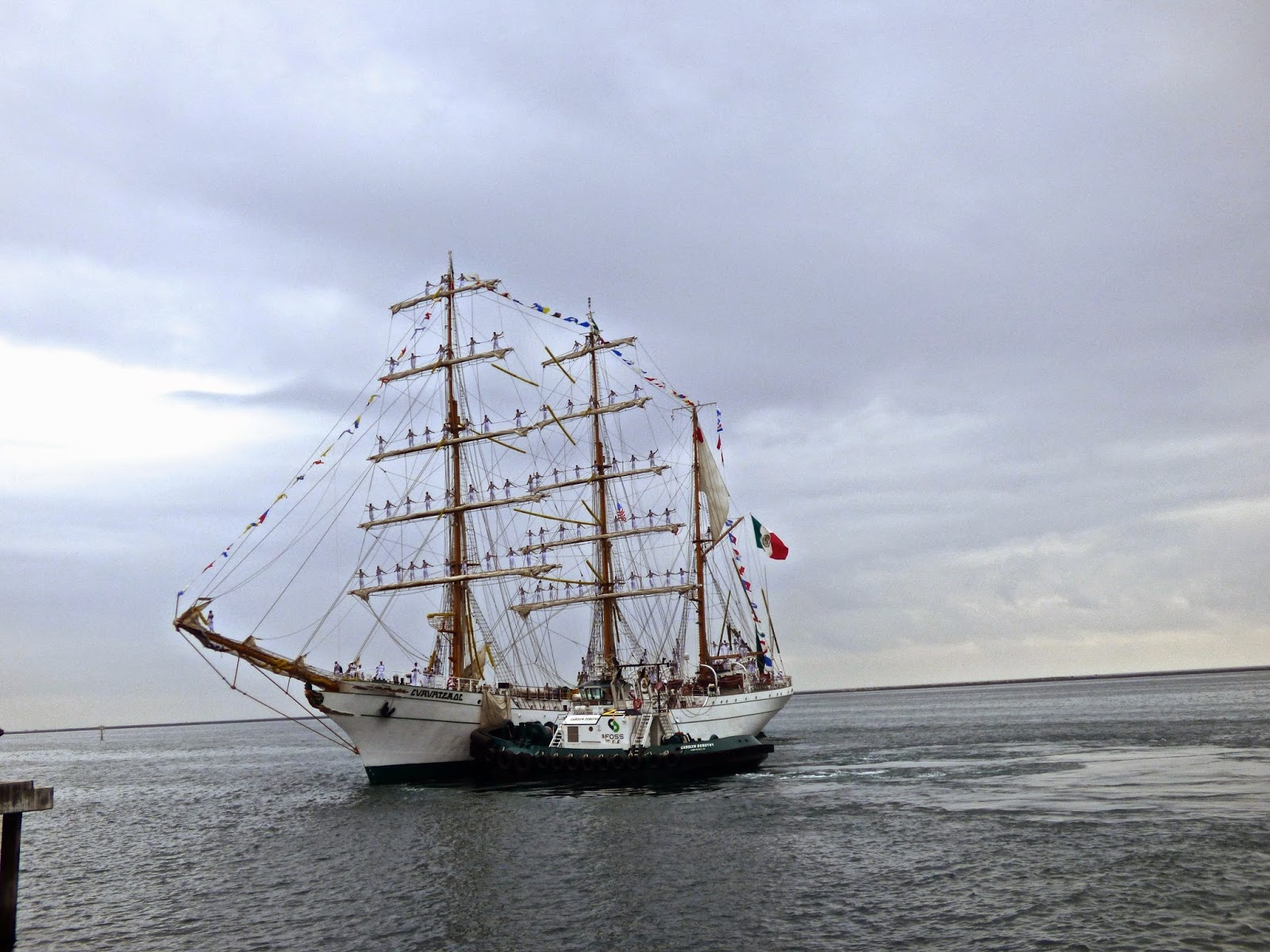 Maybe in our travels we will see her again.