A 2 1/2 hour drive to Rocky Mountain SH site in the town of same name. The town sits at the junction of Hwy 22 and 11. The site is a story of trade,tradition and early exploration dating from 1799 to 1875. In 1799 Rocky Mountain House of the North West Company and Acton House of the HBC were fierce rivals. Rocky Mountain House was the base for David Thompson and his large family. He used this base for mapping the West. The two companies joined forces in 1821 and a third fort was built. The last fort 1868-1875 was the largest. With the fur trade in decline, Rocky Mountain House as it came to be known, closed in 1875. The site is on the North Saskatchewan River. We hiked to the 4 sites walking in the footsteps of Aboriginal peoples, the fur trade and David Thompson, the greatest land geographer who ever lived. We stopped by a reenactment area and First Nations encampment.

Also this weekend the "Legends and Legacies" . The calling all drums to where adventure begins Pow Wow was to honor veterans. Men,Women and Children of all ages gather to celebrate dressed in native costumes and headdress. It is a time to meet old friends,make new ones and to celebrate the proud heritage of their nations and to share in the culture with visitors. 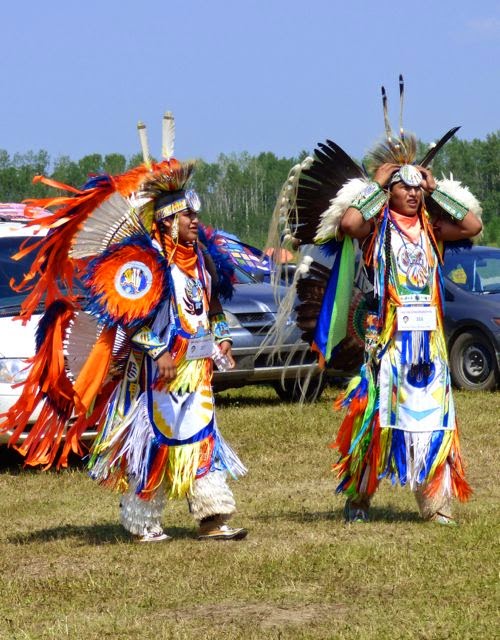 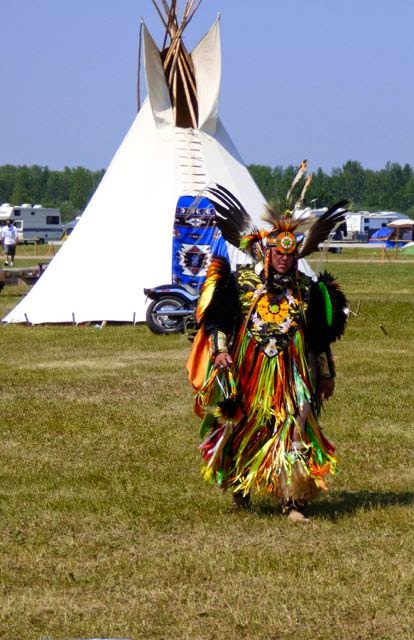 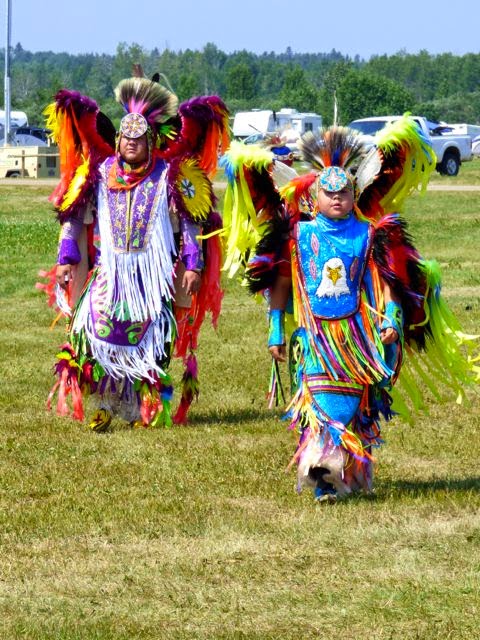 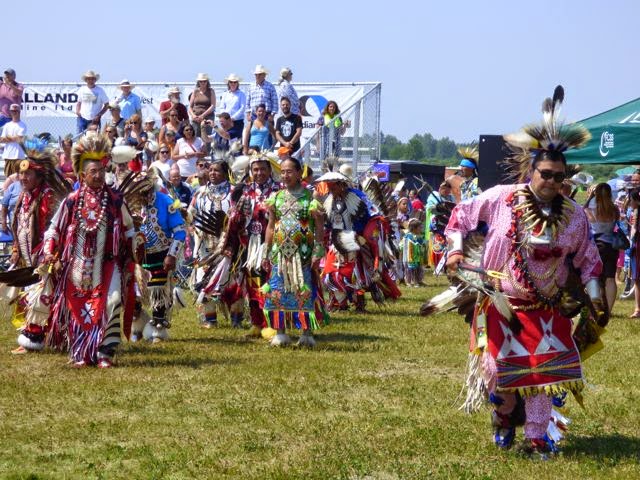 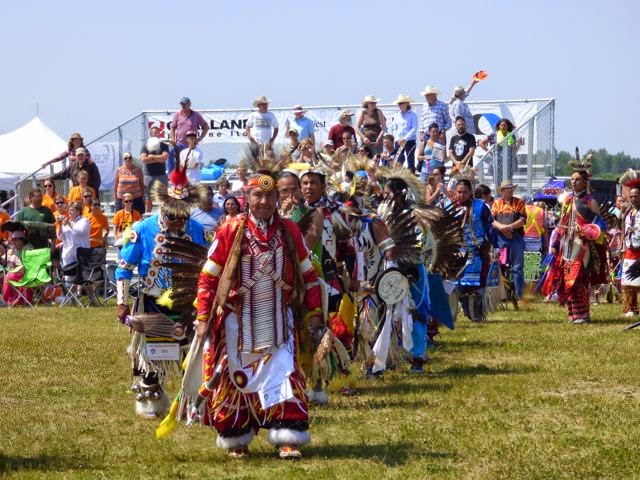 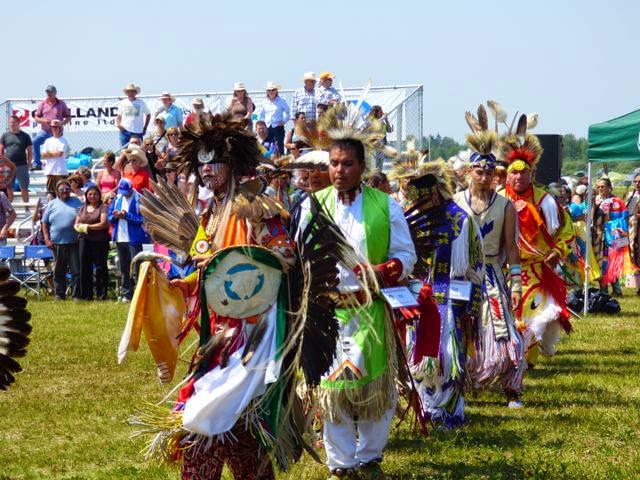 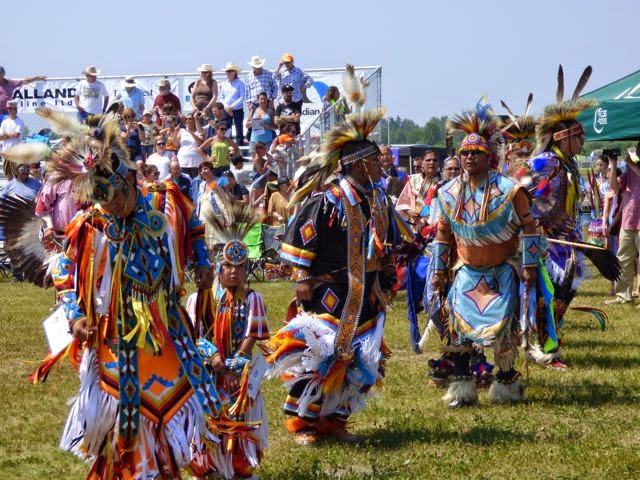 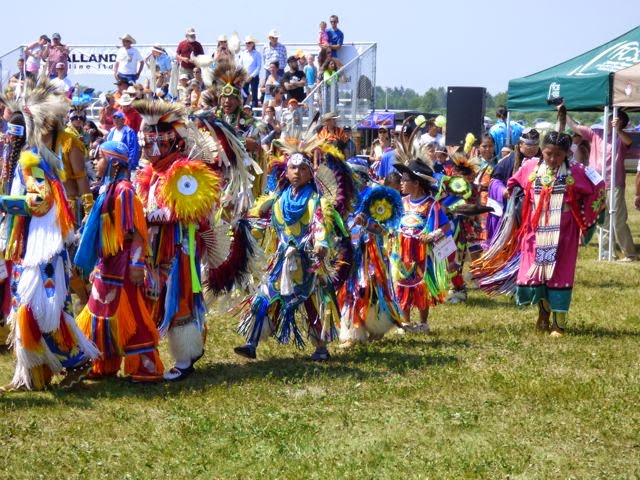 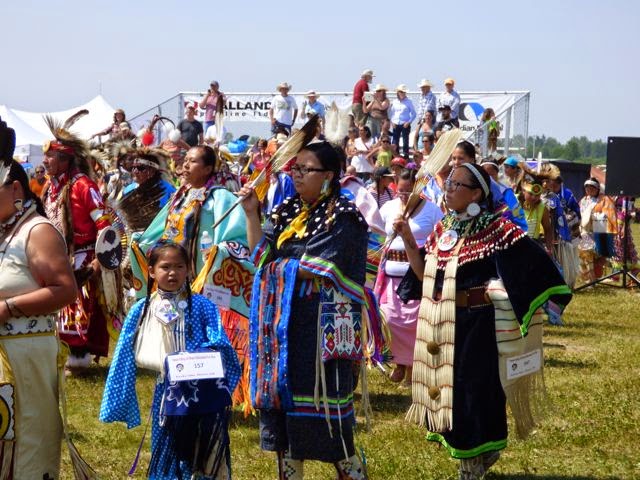 We then drove to Wetaskiwin to try and locate the blockhouse for Fort Ethier. Fortunately, John had GPS coordinates or we would never have found it since it is on private property. The lady,Danny Lucas, who owns the property gave us an a very good history of the area and her alpacas. The property has been in the Lucas family for 5 generations. Fort Ethier dates from 1885. I refer you to Historic Places - Fort Ethier and to Danny's website and scroll down to genealogy.