Our drive today from Canmore AB to Stony Plain AB west of Edmonton took us up Hwy 2 from Calgary to Hwy 16 and exit 255. Upon approaching Edmonton we struggled with very high winds, heard a loud pop and first thought it was a tire. John stopped and determined the slideout awning had an in and out surge. Fortunately no damage. On either side of the highway there are fields and fields of yellow flowers which I later learned is Canola..a very big crop in this part of Alberta. We sure hated to leave the beautiful Rockies, but the rolling fields and plains have a beauty all their own. 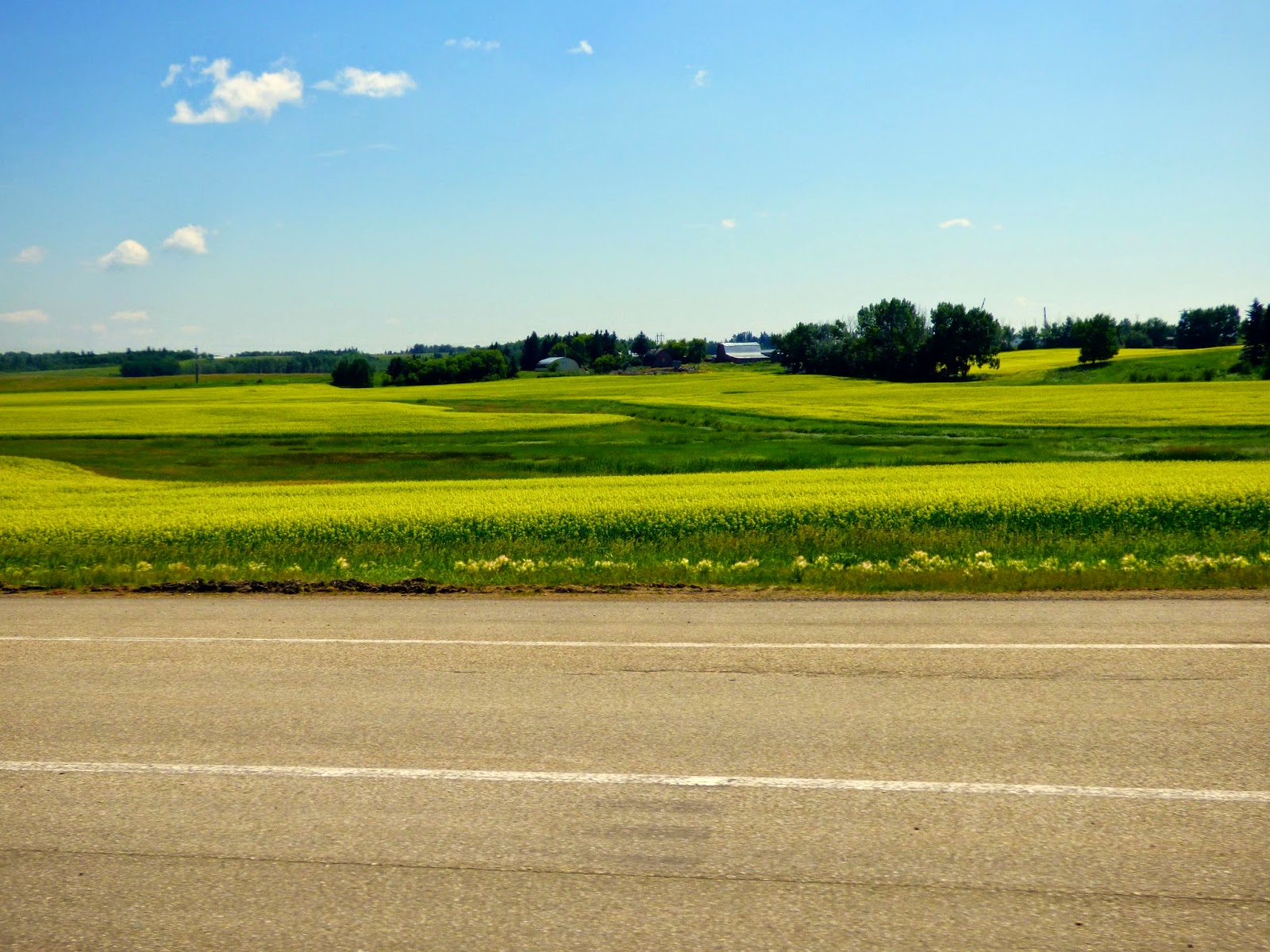 We did make a brief stop in Red Deer to visit site of Fort Normandeau on the Red Deer River.
In 1884 Robert McClellan built a stopping house at the Red Deer Crossing to take advantage of the traffic on the Calgary & Edmonton Trail. Due to the violence of the Riel Rebellion, the house was fortified by the 65th Mount Royal Rifles. After 2 months, The North West Mounted Police used the post. No buildings remain, only a reconstructed stockade.


What a pleasant surprise when we arrived at the Camp n' Class RV park. Must say it is one of the nicest we have stayed since arriving in Canada. Sites are 50amp/full hook up/great Wi-Fi/level gravel sites with grass and concrete patios/gated/large/a walking bridge to John's favorite..Tim Horton's and very friendly staff. Laundry room has front load washers and dryers. This is definitely a park that cares. Would definitely give it more than a 10. Wish all our parks could be so great.


Tomorrow we are going to tour Fort Edmonton Park and Fort Saskatchewan.