Finally a somewhat sunny day, so we decided drive up Hwy 11 (Riel Trail) to visit Batoche a Metis Settlement and the site of the historic Battle of Batoche in 1885 during the Northwest Rebellion. The battle resulted in the defeat of Louis Riel and Metis forces. The settlement was established in 1872 and in 1885 numbered 500 people situated on the east bank of the South Saskatchewan River. Today there are several restored buildings;however,the east village settlement no longer remains. 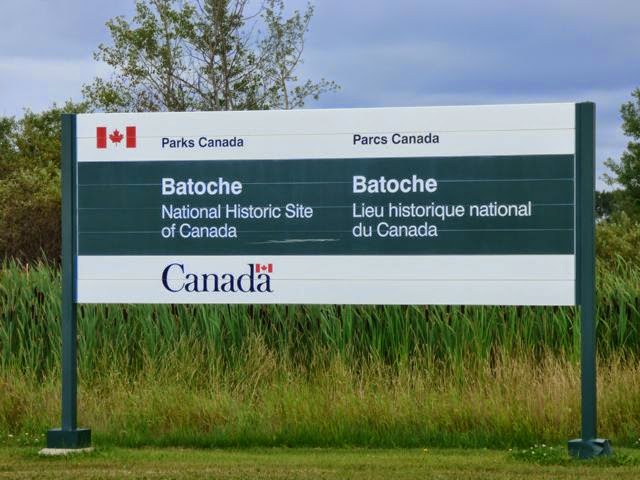 Louis Riel was a Canadian politician who founded the province of Manitoba and fought to preserve Metis rights and culture. He led two resistance movements in Canada. He was exiled to Montana where he married and fathered 3 children. He returned to Canada to the Province of Saskatchewan where he led the Northwest Rebellion of 1885 which ended with his arrest, trial and execution of a charge of treason. He had a very controversial life and if interested google and go to wikipedia. 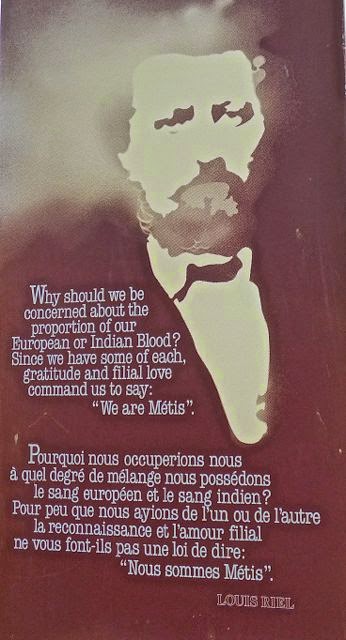 In order to travel to Fort Carlton, we had to take a gravel road to the St Laurent ferry across the South Saskatchewan and another 20km to Duck Lake and another gravel, pitted road on Hwy 212 to the fort. It was flooded in past week.


Fort Carlton was a Hudson Bay Company fur trade post from 1810 to 1885 located on the North Saskatchewan. Today there are reconstructed buildings, palisade and tepee encampment. The visitor center has artifacts and displays of the fort. The transportation system stretched from the fort to Winnipeg,Hudson Bay and Rocky Mountains. Carts,York boats and dog sleds transported goods, people and news. It was destroyed by fire in 1885 during the Northwest Rebellion by the Northwest Mounted Police. 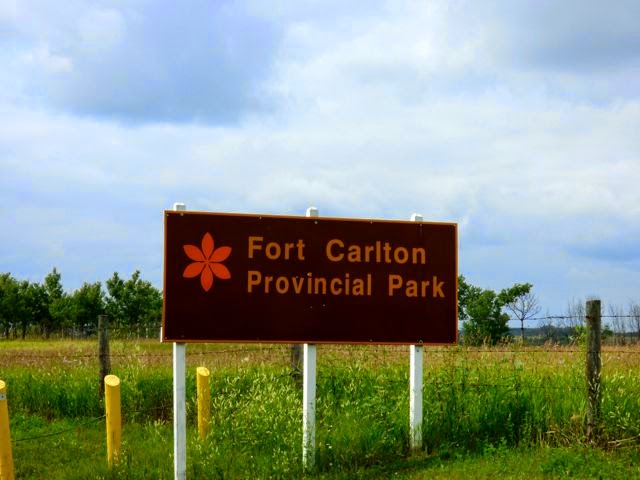 Today they were having Muzzle Loading Musket demonstrations, so decided to try it. First and only time I have ever fired a gun.Never could find the target, but at least I tried. John did better.