A short 2 hour drive to Aldergrove,BC via IH 5 to exit 256 to 539 and the border crossing at Lynden,WA then CA 13 to Eagle Wind RV Park. www.eaglewindrv.ca

This is a very nice park with arbor vitae for privacy on each side of site, full hookups and good satellite reception and wi-fi.
Reception checkin very good and friendly. Park has nice pool and landscaping. It is more than we would normally pay, but worth the price of $556.00 inc tax. It has easy access from CA 1 and hwy 13. 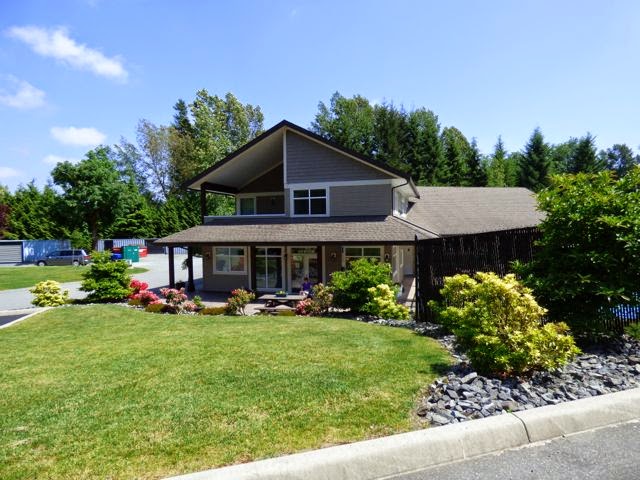 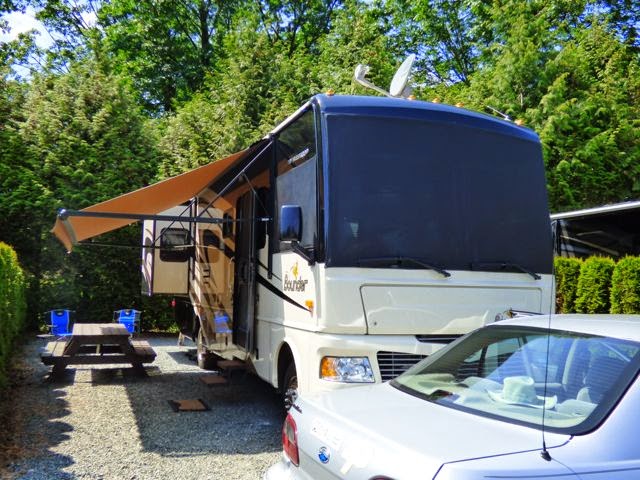 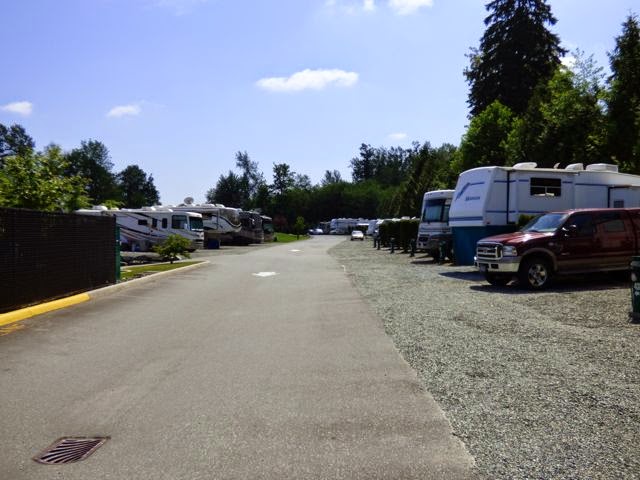 After settling in and lunch, we decided to visit Fort Langley the fort which took us through the town of Fort Langley.. very quaint town on the Fraser River with shops and restaurants. We plan to return for dinner one night during our 2 week stay here.

Fort Langley was established in 1827 by the Hudson Bay Company in 1827 on the Fraser River just north of the 49th parallel in the middle of a large Aboriginal population. Due to floods, the first location was moved to the present area. The second fort built in 1839 burned to the ground within a year and the present fort was constructed. In 1923 Fort Langley was declared a national historic site and restoration was started. 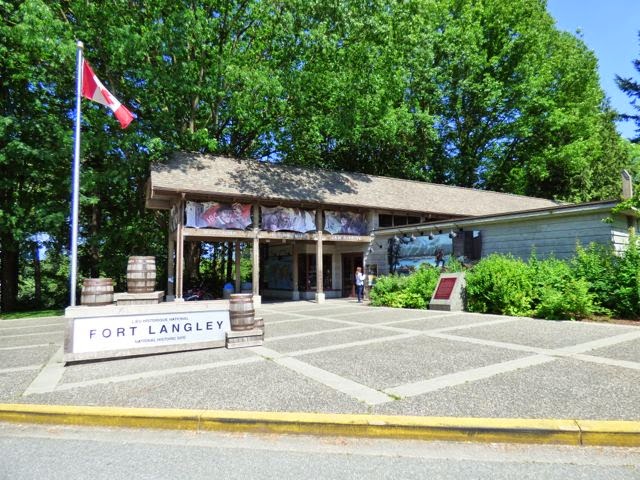 Fort Langley prospered as a fur trading and agricultural post and when the gold finds were reported in 1858 on the Fraser River, the fort became the starting point for the gold fields. It was also in this year that a gathering at the fort witnessed the creation of the Colony of British Columbia with James Douglas installed as first governor.

After passing through the Visitor Center, a short walk takes you to the fort entering the Palisade Wall and Trade Window.
Continuing on the path, you pass the Saw Pit, Servants Quarters,Bateau,farm area, Big House which served as the fort's office and residence of the chief trader and family,goods storehouse which is now a cafe,exhibits building,blacksmith shop and Cooperage used to build storage barrels for the shipment of salmon and farm produce.


For those who wish to stay overnight, you can rent a oTentik tent. As they were occupied, could not get an inside photo.

Tomorrow we are going to tour Stanley Park and Tuesday we are taking the ferry from Taswassen to Swartz Bay on the island of Vancouver staying for 3 nights. There is so much to do in the area, not sure in our two weeks we will have the time. Fortunately it is close enough to Oregon that returning is no problem...one of the positive features of living in the NW.