"Life is not measured by the number of memories,but the moments that make the memories."

Our time at NAS Whidbey Cliffside RV Park is drawing to a close with much anticipation of a return. This has been a most fun,relaxing and enjoyable stay. Meeting new friends with whom we hope to keep in touch. Ed and Karen live in Dallas,OR, Dale and Linda live in Redmond,OR and our host..Mike and Monika live in Austin,TX. When we return to Redmond in September,we plan to get together with the Oregon friends. Thanks again for the delicious shrimp. Mike and Monika you along with Ken do a great job in maintaining the campground.


Last night we got together for a spaghetti dinner and fun conversation. Weather was perfect. Wish we could stay another week.Mike and Monika are hosts until October before returning to Texas. What  a great place to host.


Outside the motorhome high in one of the trees sat a beautiful golden eagle. Looking forward to seeing more in Canada and other critters as well. Karen and Linda said on their walk yesterday they spotted a wild turkey. Driving into the campground, I saw a raccoon. Wish there were deer on the base. Also got photo of Navy Growler above Bald Eagle.

As I write this, looking at the crabbers on Juan de Fuca Strait. The Native Americans crab first before the public. Wishing them a productive haul.


Well, time to get ready to leave tomorrow. One last sunset.

Today we drove the southend of the Island to Clinton for the ferry over to Mukliteo and then down IH 5 and over via the Magnolia neighborhood to Discovery Park, the site of Fort Lawton. The area northwest of Seattle overlooks Puget Sound. The fort was constructed in the late 1890's. In 1973 most of the property was given to the city of Seattle and dedicated as Discovery Park.
Prior to WWII it was a quiet outpost. During WWII it was the second largest port of embarkation of soldiers and materials to the Pacific Theatre. It was officially closed in 2011. The purpose of the fort was to defend Puget Sound from Naval attack. During WWII it was also used as a POW camp for Germans and Italians. During the Korean War troops heading to or returning were processed. In the late 1950's Nike missiles and AF radars were in use. Many of the buildings including the barracks and homes were destroyed. The remaining officer's housing is occupied by private citizens and up for sale.


Discovery Park offers many trails for hiking and biking, beach and picnic areas and Indian Cultural Center visitation. I found another heart shaped rock on the beach. Also spotted a cute black rabbit. Think he was dropped off. There are signs in the park warning people not to leave their rabbits in the park..obviously ignored. Would like to think he has a better home now. Driftwood had some interesting designs. 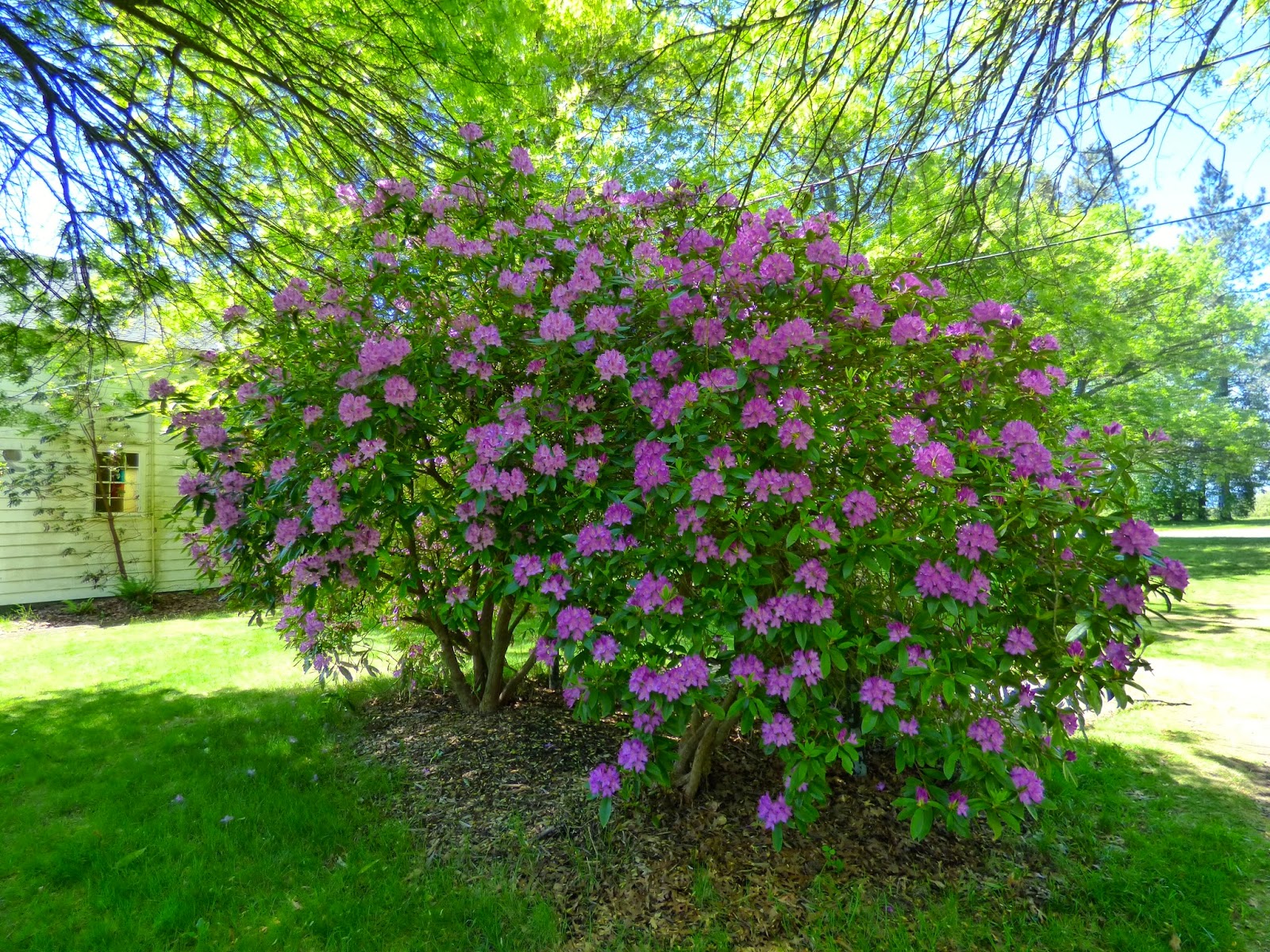 On the way back to the ferry, we passed the enormous Boeing Plant located in Mukliteo that offers tours.The tour which takes 90 minutes is available on a daily basis and no photos. You can see airplanes being built as well as design your own. We may try to do this before we depart on the 1st. www.boeing.com/boeing/commercial/tours/index.page

Aboard the ferry got a good picture of the Mukliteo Lighthouse which guides ships on their way to Everett, Possession Sound and Saratogo Passage. Mukliteo is the Indian word for "good place for camping" which they did in the winter. The light was lit for the first time 1 March 1906. The Lighthouse has two Fresnel lenses. The lens and fog signal were automated in 1979.

Stopped in Coupeville for ice cream..delish.

Tomorrow is a down day. Park will be full this weekend.

Today we drove to Bellingham to visit the Pickett House which is only open once a month. The home is maintained by the Daughters of the Pioneers of Washington and is located at 910 Bancroft. We had a very informative guide who gave quite a history. No photos are allowed inside. Captain George E Pickett of the Ninth Infantry was dispatched here in 1856 to build Fort Bellingham in order to protect settlers and to build a military road. There is nothing left of the fort and location is now on private property owned by Smith Commercial Growers. Captain Pickett was an 1846 graduate of the USMA and veteran of the Mexican War. He later set up the American Camp on San Juan Island that we visited. In 1861 he returned to Virginia to become a Confederate General in the Civil War, never returning to Washington again.

The Pickett House is the oldest wooden structure on its original site in the State of Washington. While here he married his second wife, an Indian woman named Kaigani Haida who gave birth to his only living child, James Tilden Pickett. She died when James was an infant and was raised by friends.

The house has changed ownership several times. In 1936 it was deeded to the Washington State Historical Society by Hattie Strother who lived here from 1889 to 1936 at her death. Much of the furnishings are original.

On the way back, we decided to make a brief stop at Camping World and then last minute decided to drive into LaConner..just a 5 mile drive off Hwy 20. La Conner is a picturesque, artsy community with many interesting shops and good eateries. The town is diverse including farmers, carpenters, artists and the Swinomish Tribal Community just across the bridge. In walking around, there are examples of sculpture by local artisans. Much of the original architecture has been perserved. We opted to have dinner at "the La Conner Pub & Eatery". Very good prawns and cod sticks. To return back to Hwy 20 we opted to cross the bridge and follow Reservation road which is about a 5 mile drive.

Finalized our trip over to Victoria on the 26th for 3 nights. We will just take the car and leave motorhome here. We were originally going to do the trip from Vancouver BC, but decided our time there was too filled.

Tomorrow we are once again going on the ferry to Port Townsend to attend a book signing by author Nancy McDaniel entitled "A Sound Defense, a military history of Puget Sound. John purchased the book when we were at Fort Worden and has previously been in contact with her. He is also mentioned several times in her books.

Today we took the 30 minute ferry ride from Coupeville to Port Townsend in order to revisit forts Worden and Flagler.

Fort Worden and the SP are located in Port Townsend on the Admiralty Inlet and built to protect Puget Sound and was an active fort from 1902 to 1953. The guns were removed during WWI for use in Europe. The fort was then used for training of military personnel.

In 1957 the state of Washington purchased Fort Worden for $127,533 for use as a diagnostic and treatment facility for juveniles which was closed in 1971.In 1982, the movie"An Officer and a Gentleman" was filmed here.The park features two campgrounds. We camped here in 2009 and again in 2012. We prefer the lower campground on the water. Today it is a multi use facility and the old officer quarters and Alexander's Castle can be rented. The Commanding Officer's Quarter has been restored and open in the summer for tours. There are hiking trails to explore the batteries, Coast Artillery Museum, Point Wilson Lighthouse, Marine Science Center and Copper Canyon Press.


About 30 minutes away is Fort Flagler,another coastal defense fort sits at the northern end of Marrowstone Island and was  established in 1897 and deactivated in 1954. This was our 3rd visit in years past. It is now a Washington State Park featuring several campgrounds, hiking and biking trails, historic homes that can now be rented, musuem, beaches and batteries that can be explored. From the fort you can see Port Townsend,the cranes on the Navy Base on Indian Island and Whidbey across Admiralty Inlet.  The park is used for conferences,band camps and retreats.


For current information of hours of these and other parks, visit the Washington State Parks website.

On the ferry ride back to Coupeville, we caught of glimpse of Fort Casey. As noted by the picture, it is well hidden from the enemy. We took another ride through the park as I wanted more deer pictures.

It was another day in Paradise on our continuing journey.