Today we drove to Pyramid Lake off IH 80 toward Reno for the purpose of trying to locate site for Fort Haven. There were no markers or remains;however, the ranger was able to give us exact location. The fort was short in occupation time and from here the military moved to Fort Churchill.

Pyramid Lake is a hidden jewel located near the town of Fernley and is managed by the Paiute Tribe. A one day pass for $7 is required and can be obtained from the Ranger Station. It is known as being North America's most beautiful desert lake and home to many year round recreational activities. It has been designated as the first National Scenic Byway entirely on an Indian Reservation. It has a shoreline of 125 miles and is fed by the Truckee River. The lake is known for its Lohanton Cutthroat Trout and Cui-ui. The Cui-ui can only be found in this lake. Also one of the largest breed colonies of White Pelicans reside here.


There is a small island in the lake as well as a rock in the shape of a pyramid..ergo the name. 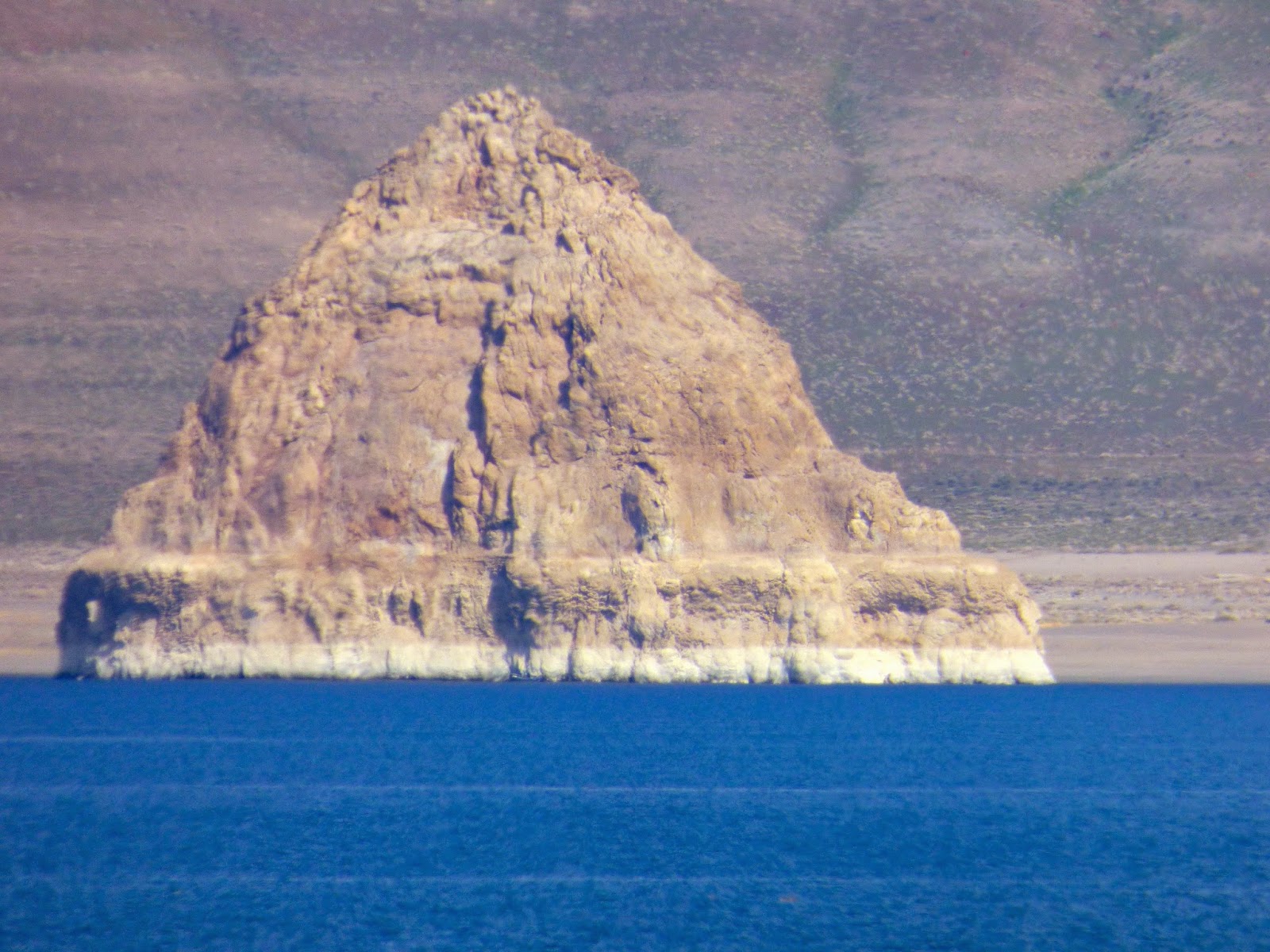 Before starting your tour, visit the Museum and Visitor Center. www.pyramidlake.us

There are Tufa rock formations mostly on the east side of the lake. The pyramid rock is an example of this.

Due to impending weather in Oregon next week, we have decided to depart Fallon NAS two days early and spending only 1 night in Susanville RV park and driving to Hope's on Sunday..arriving a week early.