Today we visited 3 Missions located off The Camino Real highway 101 in the towns of Soledad,Jolon and San Miguel. A total of 100 miles south of Monterey. Weather was beautiful. This will leave us only 1 more located in Carmel.

Our first stop was "Nuestra Senora de la Soledad established in 1791,later destroyed by floods and restored. The name comes from the Spanish word for lonliness,"soledad. When explorer Portola and later Father Serra tried to talk with the natives this was what the word sounded like. The Mission suffered 3 floods and epidemics killed dozens of the Indians. The isolation and weather made it the least favored posting of the missionaries. Secularization was the final blow and 1859 only ruins remained. Today the chapel and monastery wings have been rebuilt.It is today an active church. There is a Native American room dedicated to the Indians who inhabited the area from prehistoric times to 1791. Three graves were discovered during the excavation on the floor of the original church holding the remains of Father Ibanez, Govenor jose Arrillaga and a Native woman. 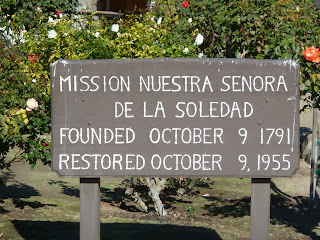 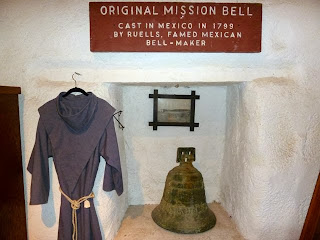 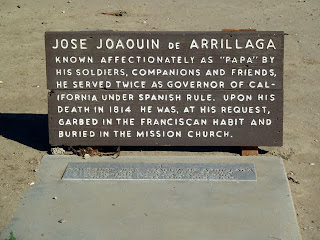 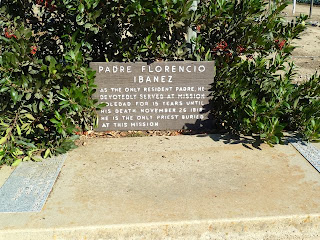 Continuing to Mission San Antonio de Padua located on 80 acres on what was once the Milpitas unit of the sprawling Hearst Ranch and is now Fort Hunter Liggett Military Reserve. This was the third mission founded by Padre Serra in 1771.Father Sitjar remained at the mission for 37 years.He guided the development, lead the education and conversion of the local Mutsun Indians.He also built a series of dams and aqueducts to bring water from the San Antonio River. At one time the mission was home to 1300 Indians.  In 1834 at the  beginning of secularization, the mission became the property of the government. It was formally returned in 1863. In the years 1882 to 1908 the mission is beset by abandonment,weather exposure and earthquake in 1906. In 1948 the reconstruction by the Franciscans is completed in 1952.In 2005 the Franciscan Friars turned over the caretaking to the Diocese of Monterey. Today it serves as an active parish maintaining, a museum and gift shop. It is said that this is California's most authentic mission.
www.missionsanantonio.net 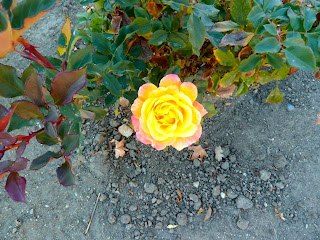 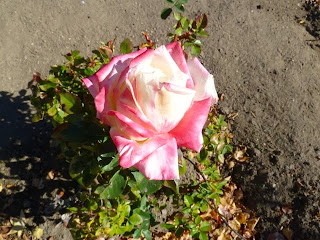 Our final stop in San Miguel was Mission San Miguel Arcangel established in 1797 by Father Lasuen. It lies near the confluence of the Salinas and Nacimiento rivers. At its peak it extended 50 miles up and down the Salinas River. With secularization, the last Franciscan left in 1840. During the period from 1840 to 1878,the buildings were sold and used as shops and a saloon until the Church took it back in 1878. It has been restored and also remains an active parish. In fact, there was a wedding today. The first small church was destroyed by fire in 1806 and the second one completed in 1821. Members of the Salinan Tribe completed the coloring of the fresoes. The church was damaged by the 2003 earthquake. Significant retrofitting and conservation is being done. 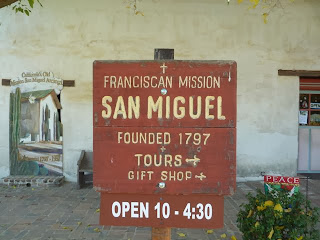 We stopped in San Miguel at a local market and deli for late lunch. I had the best tuna melt on sourdough that I have ever eaten.
Seems to be a popular local spot just north of the Mission.