Niagara on the Lake and Forts

This afternoon we drove to Niagara on the Lake to visit Butler's Barracks and Fort Mississauga. On our visit last year to Fort George we missed this.
Our drive south on the QEW and into the town passed many vineyards and wineries. The Niagara Peninsula has 84 wineries and produces 1,727,901 9L cases annually with over 1187 appellation wines. it is the largest and most diverse viticultural area in Canada.

Niagara on the Lake is located where the Niagara River meets Lake Ontario and is the prettiest town in the heart of wine country. It was once the capital of Upper Canada and named Newark. The town was destroyed by the Americans in during the war of 1812. The British retaliated by setting fire to DC.The town is located across the Lake from Youngstown NY and Fort Niagara. It is the only town in Canada to have a Lord Mayor.


It is a very charming and scenic community with many stately homes, B&B's, the Prince of Wales hotel, parks and beautiful array of flowers and plants everywhere. In the park was a small concrete pool for children. Brought back memories of my childhood when I went to such a pool near the park I frequented in Louisville. Definitely a town to visit if in the area. 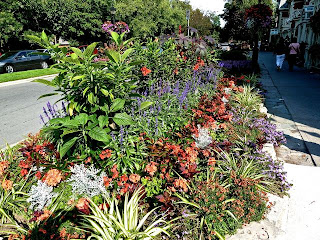 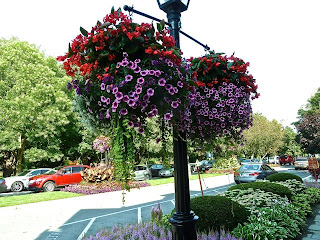 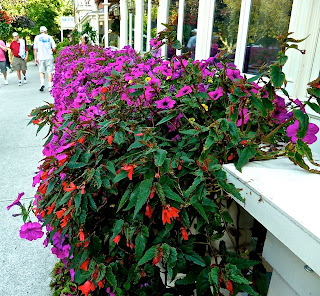 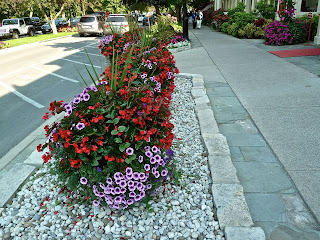 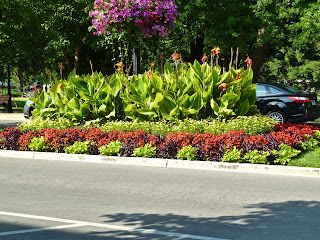 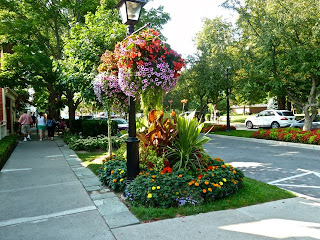 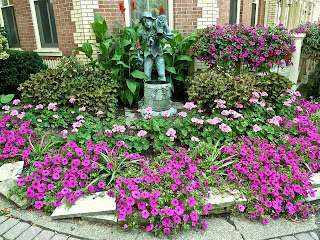 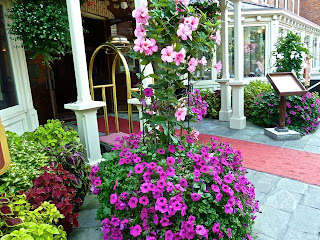 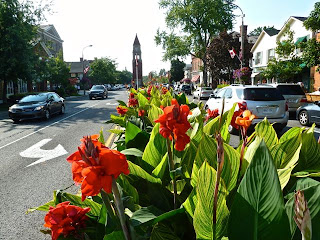 Butler's Barracks 1914-1960 is located west of Fort George in the town. It was first built to serve the British Indian Department. It was destroyed by the Americans during the war of 1812 and rebuilt in 1822. It was then used as a garrison hospital for Fort George.When the British retook the area in 1813, new barracks and storehouses were built out of reach of American cannons and guns from Fort Niagara in NY. It became known as Butler's Barracks in 1854 with 20 buildings surrounded by an extensive log palisade.In 1871 the site was transferred to the dominion of Canada to be used for a summer training camp. it continued in use until 1960 as a training camp. Most buildings have been demolished.

Fort Mississauga was first built by the French in 1687 and captured by the British in 1759. It sits on the property of the Niagara Golf Club on Lake Ontario with a view of Fort Niagara. Only blockhouse,earthworks and two powder magazines remain. The Mississauga Point Lighthouse once stood here and the blockhouse was built with bricks from the lighthouse. There is no public admittance to blockhouse, but you can walk the grounds. Just be aware of the golfers. 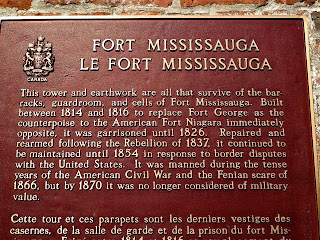 It was a good day. Tomorrow we will venture into Toronto to visit Fort York and other sights.