After visiting Jamestown we returned to the campsite to take care of Destiny and take her on our next fort visit to Fort Pocahontas in Charles City, VA about 30 miles via 199W and Hwy 5 west.
Below are images of the fort. 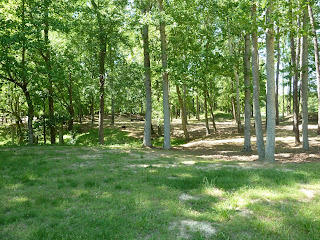 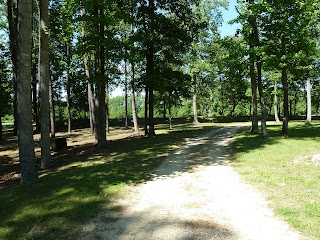 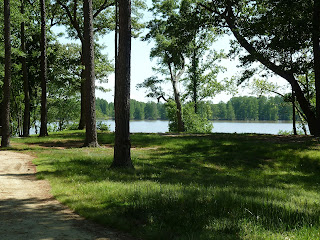 When we got there the gate was locked, but a sign indicating that the owner Harrison Tyler lived at Sherwood Forest Plantation. So we drove the few miles to the plantation hoping to find someone who would open the gate and show us around. We were able to get a number from the signage and called that. It was for Tim who manages the plantation and he graciously agreed to meet us at the fort. Persistence pays. As it turns out they were preparing for a re-encactment this weekend. Unfortunately we will be leaving on Friday. Tim gave John an extensive tour and history.

The Tyler family owns the property and President John Tyler's grandson Harrison lives on the plantation. Yes, I said grandson. His father was in his 70's when Harrison and his brother were born.
The Tyler family has a very interesting past and suggest you google his name and go to wikipedia.
It goes on for pages and pages.

The site that Fort Pocahontas is on was once a tree farm and in process of being sold for development.
Harrison stepped in and was able to purchase it in the name of preservation due to the history.

Fort Pocahontas was a Federal outpost on the James River. The Federal troops were under the command of General Edward Wild who was a fervid abolitionist and advocate for the enlistment of black soldiers. When Confederate troops under General Fitzhugh Lee initiated the action on 24 May 1864, General Wild's Regiments of the United States Colored Troops secured the outpost. After the battle the post was named Fort Pocahontas. The fort was abandoned in 1865.

Local residents suspected of Confederate sympathies were imprisoned at the fort, goods were plundered including President Tyler's home.

The earthworks are in very good condition and all that remains.

The Sherwood Forest Plantation has an interesting history as well. Unfortunately it is not open for tours on a daily basis. You can do a walking tour of the grounds. sherwoodforest.org