Today we drove to Fort Morgan SP for the ferry ride over to Dauphin Island so John could visit Fort Gaines with the conference group.  So Destiny and I drove to Bellingrath Gardens 30 minutes from the ferry terminal. The Ferry ride from Fort Morgan is $30 rt with car and takes 35 minutes.

Bellingrath Gardens and Home is the creation of Walter and Bessie Bellingrath. He was Mobile's first Coca Cola bottler and Bessie was his secretary. The property was purchased in 1917 and was an abandoned fishing camp on the Fowl River. The gardens began developing in 1927. The 15 room home was completed in 1935. The interior furnishing were collected over a period of 35 years by Mrs Bellingrath during their marriage. She died in 1943 and he passed on in 1955. They had no children and the home and gardens were left in a foundation as a permanent memorial to his wife. 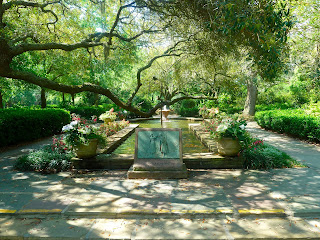 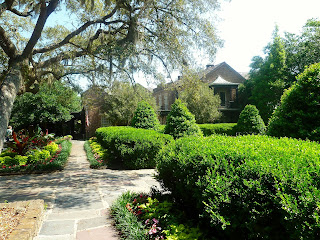 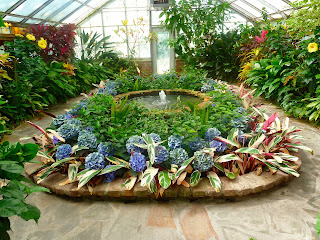 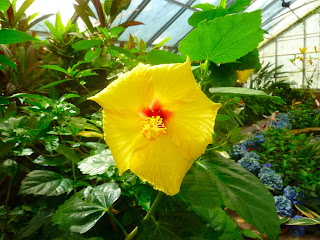 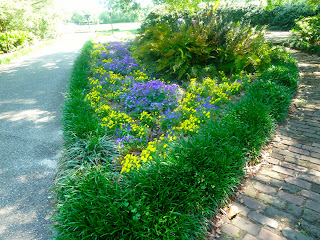 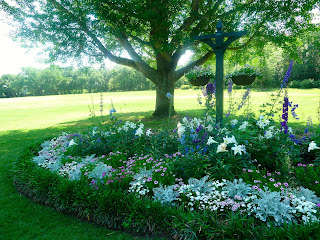 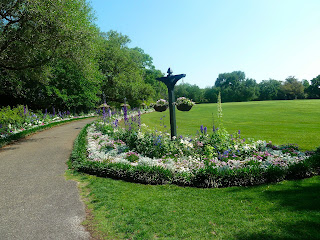 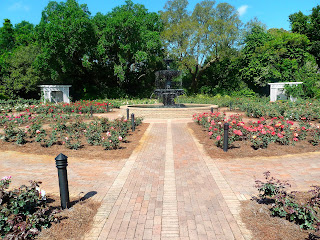 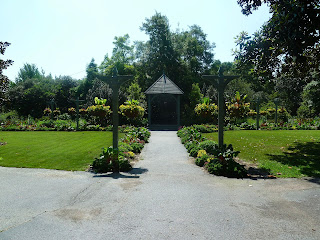 Mr Bellingrath during his career with Coca Cola developed one of the most productive and successful bottling operations in the US. He was also most charitable to churches and colleges in the area.

The home tour is a must while visiting the gardens. The collection of china, silver, furniture and items are as they were left upon his death.
The gardens feature many distinct areas and employ 12 full time gardeners. Their is also a cruise that you can take after touring. I opted not to do this as I had to return to the ferry for crossing back to Fort Morgan with John.

I might also mention that they have kennels for dogs. It is gratis. You just bring a water bowl. Wish more sights offered this service.

I was disappointed that I could not take interior photos.

After the ferry ride back to Fort Morgan, Destiny and I hung out while John toured the fort. We had toured these forts last year.