When we started out this morning our intent was to visit the Mob Museum for the interaction, but realized enroute that it was not the Mob Museum in downtown LV, but the Mobattraction in the Tropicana. So after checking it out felt that $30 was a bit much and opted instead to go to the Mirage and visit the Siegfried and Roy Secret Garden and Dolphin Habitat. It was also lunch time and after viewing several menus, decided on the BLT Burger. Looked at Carnegie Deli..couldn't believe $24 for a corned beef sandwich. So at BLT I got a salmon sandwich $14 and John a Blue Burger same price. In walking through the casino, noticed a lot of empty seats and tables.

The charge for the Habitat was $16/sr discount. The dolphin habitat is home to several bottlenose dolphins as well an education and research facility. Many of the dolphins were born at the habitat. They do not do shows, but if visiting at the right time you can see the staff interact. I had a chance to interact when we were in  Key West in 2010 at the research center. Think they are so intelligent and adorable. Dolphins in habitat facilities can live up to 25 years..longer than in the wild. The gestation period is 1 year and a calf will nurse for same length of time. 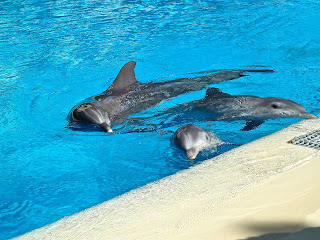 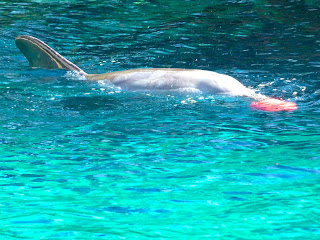 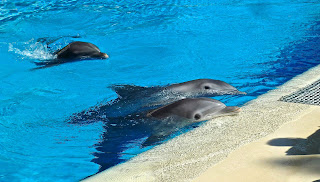 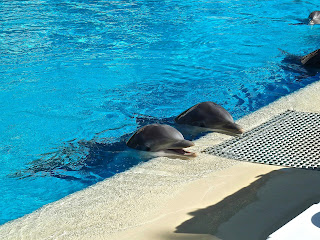 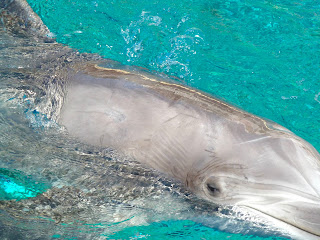 The Secret Garden houses the white tigers, lions and a panther.
Magnificent animals. The average life span of tiger is 15-20 years. Gestation from 3 to 4 months with the average litter of 2-4 cubs approximately 12 inches and 2-4 pounds staying with the mother 2-3 years. The same applies to Lions. 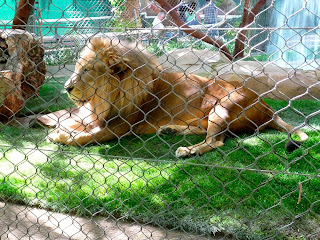 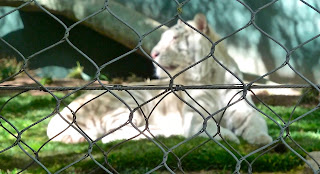 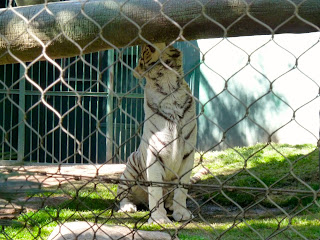 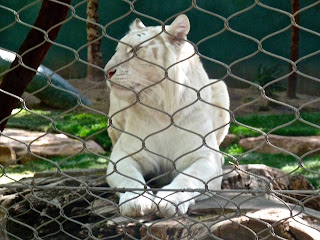 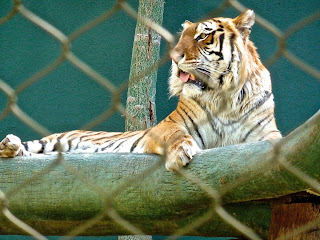