Today we drove down to Prescott to visit site of Fort Whipple which is now on the grounds of the VA Hospital. Our route took us IH 17 to Hwy 169 and north on Hwy 69. We were pleasantly surprised as we drove through Prescott Valley, an up and coming area east of Prescott. This is the fastest growing area of Arizona and was incorporated in 1978.Prescott was the first Capitol of Arizona.

Fort Whipple was established in 1863 and was the headquarters for the military department of Arizona to manage Indian affairs in the region. The old fort  buildings were condemned and new ones built. It was regarrisoned in 1902 and abandoned in 1922 with the fort being transferred to the Dept of Treasury. The buildings and housing are now being used for offices and staff housing.


After visiting the fort, we drove into town to walk around the town square.
Some refer to Prescott as a downhome town because so many of the buildings remind one of their hometown. There is even a Goldwater Dept store. As Destiny and I were walking, noticed this old man rummaging thru the trash cans for food. This shouldn't be in this day and age. I was so saddened that I went to the car and got some quaker bars and bottled water to give him. He thanked me and continued to rummage. What was even more sad were the people picnicing and not offering food to him.
We should never take our blessings for granted and be thankful for what we have.


Sedona was a second thought for the day and we did not allow enough time to visit all the viewing sights of the Red Rock SP. I was here some
20 years ago and never fail to be in awe of the beauty. Maybe another time we can camp closer in order to spend more time. There are many hiking and biking paths from easy to strenuous. Be sure and visit Chapel of the Holy Cross built into the rocks some 59 years ago. Some fool drove his motorhome with tow up in spite of signs warning against it. He had to unhook and back down. As we drove out, another motorhome was attempting the same thing. Guess people don't read signs. 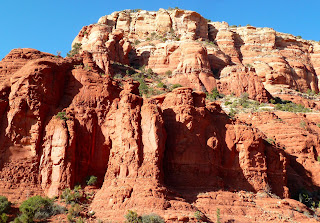 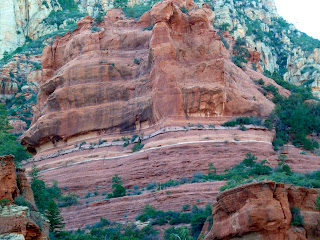 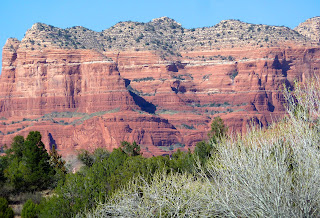 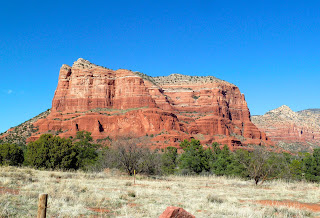 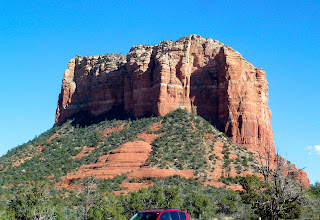 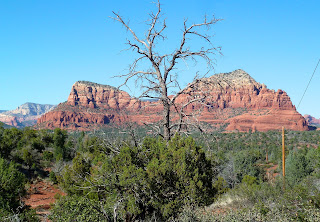 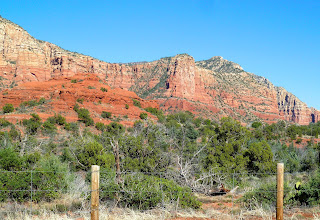 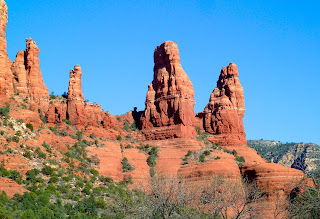 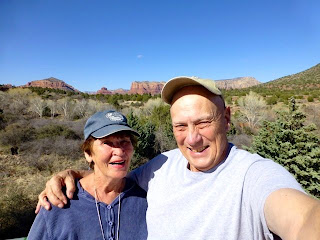 Instead of driving back to IH17, we decided to take 89A to Flagstaff. Fortunately we were in the car as this is not recommended for motorhomes. Very hairpin.

It was a nice day. For more info on Prescott Valley, Prescott and Red Rock SP just google or go to wikipedia.

Tuesday we leave for 7 nights in Albuquerque at Kirtland AFB.