Thanks to our neighbors Max and Caron who informed us that the Thunderbirds would be giving a show at 1130A,we were able to view close up the spectacular air show right on the tarmac. Up until now we have only been able to see them practicing from the campground. This was truly a wonderful experience and warms the heart to know how skilled and devoted our men and women in uniform are. We should never fail to thank them and express our appreciation for active and retired military. 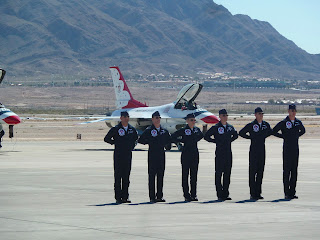 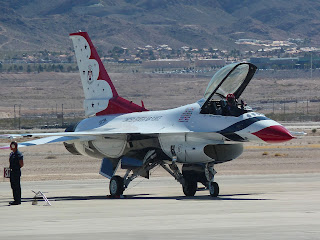 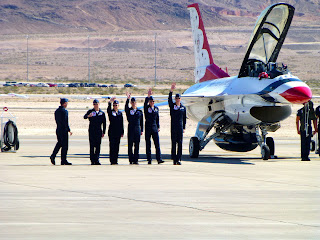 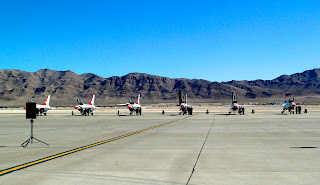 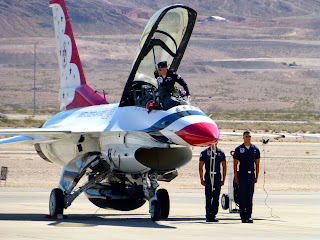 Between the two of us got some good pictures. Rather difficult trying to capture speed and have sun blinding you at times. 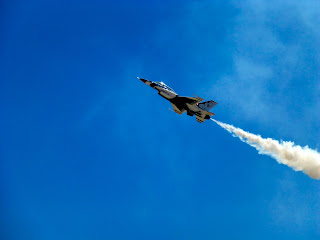 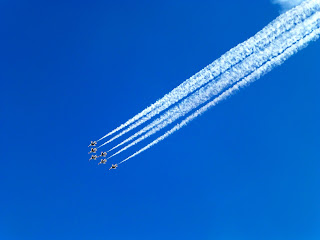 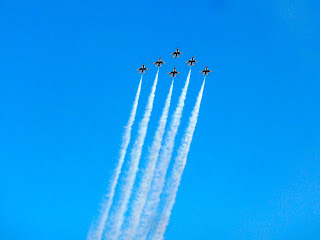 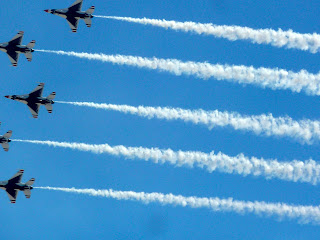 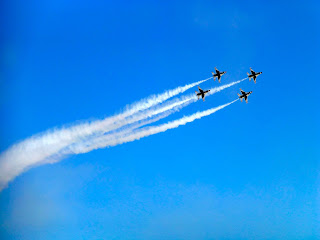 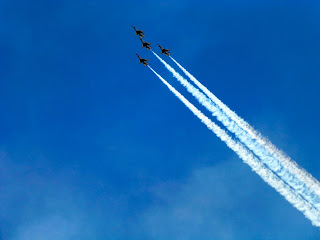 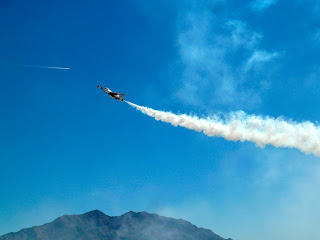 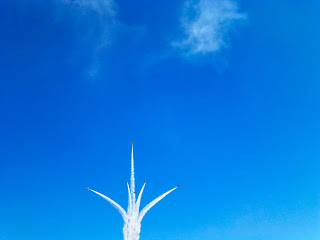 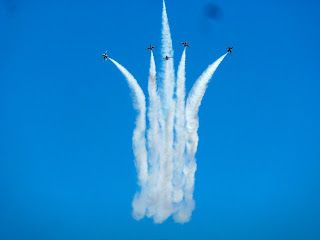 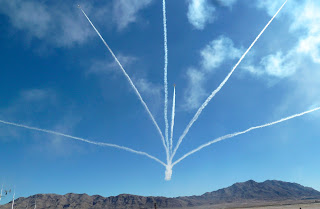 The Thunderbirds have been representing airmen for 60 years. The first demonstration was flown in 1953 at Luke AFB in Arizona in the F-84G. They now fly the F-16A/C Fighting Falcon for the past 30 years. In 2006 they welcomed the first female pilot. To date more than 360 million people in 63 countries have seen the Thunderbirds perform.
afthunderbirds.com

Just heard on news that future Thunderbird shows might be discontinued due to budget cuts. Wonder if he is going to curtail his $180,000/hr flights on AF One? Cannot understand why DC can't cut out the pork, extravagance and waste. Cuts for military should never be an option.
Cuts also apply to the Blue Angels. Yet she has no shame in wearing an$9,000 gown for a 2 minute appearance on TV. What happened to off the rack?