Another long and no so scenic drive from Amarillo to our home for next 5 nights near Denton, TX at the Hickory Creek Campgound Site 84 on Lewisville Lake near LIz and grandsons who live in Flower Mound. 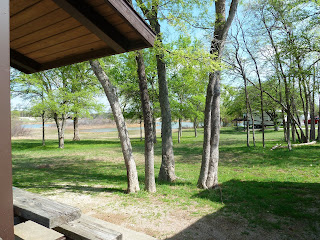 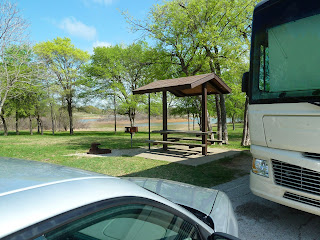 We chose this campground for price and proximity to Liz. We usually stay at the Vineyards in Flower Mound at a price of around $35-40/nt. The price here with Golden Passport booked thru Reserve American is only $15/nt with water and electric. Our site is satellite friendly and next to lake. No complaints and this will be our choice for future visits.

Tonight we are going to dinner with Liz and grandsons Ryan and Michael at Chuy's. This location also affords good shopping and restaurants close by.

The PPHM is located in Canyon TX 15 miles south of Amarillo on the
West Texas A&M University campus. Thanks to Hattie Anderson, a history teacher at the university who had a vision to preserve the history of the Texas Panhandle Plains, the museum became a reality in 1933. 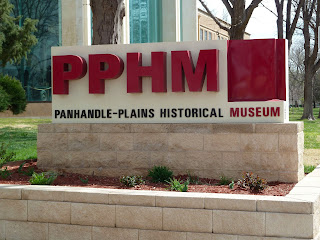 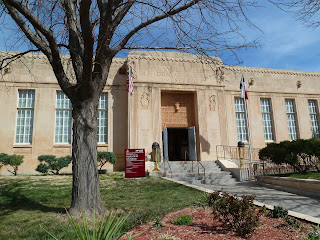 Through generous donations over the years of artifacts and money, the museum is the largest history musuem in Texas comprising over 285,000 Sq Ft and over 2 million artifacts and items of history spanning 14,000 years.

I would definitely recommend stopping for a visit.
Below are some photos of exhibits. 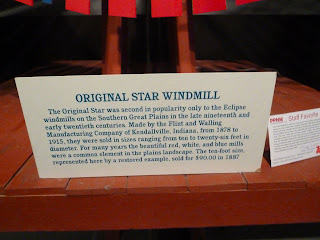 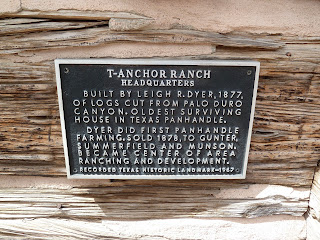 Our daughter-in-law Cindy's mother and sister live in Amarillo and we were able to connect and meet for dinner. It has been 16 years since we last saw each other at Eric and Cindy's wedding.

We met Melva,Kathy and Kathy's two children Elizabeth and Matthew at Cracker Barrel. The gift shop is awesome, but expensive. Fun to browse.
Kathy said when they have a sale, the markdown is very good. 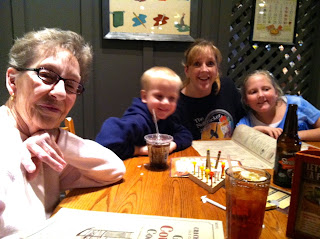 After a nice dinner and conversation,we said our goodby.It was good visiting with them and to catch up on 16 years.
Posted by Amy at 11:21 AM No comments:

After a long unscenic drive of 300 miles to Amarillo east on IH 40, we arrived at the Amarillo Ranch RV Park for the next 4 nights. The park is nice and the price good with discount for a total of $112.20 with full hookups and drive thru. We are in site 127 close to dog park and laundry.
Very windy,but warm.

We have been hearing about the Big Texan restaurant which is a landmark here noted for the 72oz steak. If you can eat it in an hour,it is free. So after settling in we went there for dinner. The steak dinner was born in 1960. Klondike Bill,a professional westler, downed 2 of the dinners in one hour back in 1963. The oldest person to eat this was a 69 year old grandmother. The youngest was an 11 year old boy. The current champ is the World Eating Hot Dog champ who in 2008 ate the meal in less than 4 minutes. A Bengal Tiger ate the steak in 90 seconds. Wish someone had been eating one while we were there.

Anyway,John had prime rib and I catfish dinners. After passing the huge feedlot driving into Amarillo, decided fish was best. Think it it just cruel to herd those steers into these lots.

Tomorrow we are meeting our daughter-in-law Cindy's mother and her sister and kids for dinner at Cracker Barrel.
Posted by Amy at 12:33 PM 1 comment:

On 21 March we drove to Santa Fe, an hour north on IH 25. This was our second visit in 25 years. Purpose was to view Fort Marcy;however there is nothing left of the fort except one home in town square across from the museum. So we decided to walk around the square and visit Cathedral Basilica St Francis of Assisi and San Miguel Mission.

Cathedral Basilica was built in 1869 on site of older adobe church. At the entrance is a statue of Kateri Tekakwitha,the first North American Indian to be beatified. She was Algonquian Mohawk. 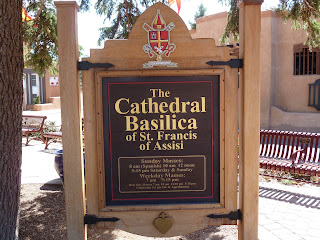 San Miguel Mission is the oldest active church in the USA built in 1610.
Unfortunately it was closed for visitation today. 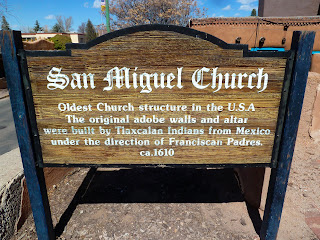 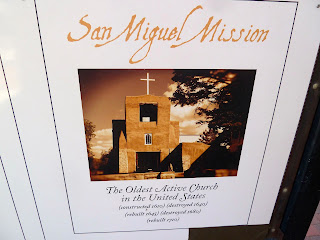 When I got up this morning, had another episode of Vertigo. Not sure why at my age I am getting this. Anyway spent the day in bed.

Not feeling much better, decided to go to a walk in clinic in hopes the doctor could do the Epley Manuever and renew my Meclizine for the dizziness. John also had an ingrown toenail and wanted that attended to.
The doctor was very nice and she also suffers from Vertigo. She showed John how to perform the Epley. She treated John's toenail as well.

Still not feeling up to par, but better. Mostly low on energy.
So our touring has been put on hold.

Feeling better today so we decided to visit Old Town. Monday is not the day to visit as the Museum is closed as are many of the shops and restraurants. After walking around and visiting the San Felipe de Niro church which is the oldest church in Albuquerque built in 1706 we stopped in the Romero shops for ice cream and hot chocolate.
Tomorrow we leave for Amarillo for 4 nights. 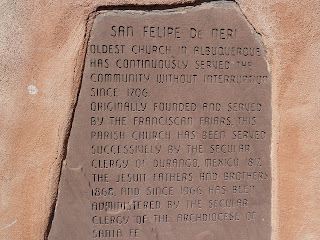 Our intent today was to tour Old Town, but after getting an air filter from NAPA for the Bounder and having them check air conditioning in Malibu which needed Freon, the weather became cloudy so we decided to tour the National Museum of Nuclear Science and History. 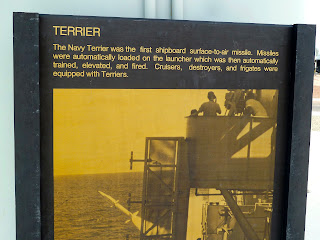 This is beyond my intelligence and understanding, but they did have some interesting exhibits. It is located just outside the Eubank Gate. The museum was originally established in 1969 as the Sandia Atomic Museum. Due to heightened security the museum closed its doors on Kirtland AFB and is now located on Eubank next to the base. It is a Smithsonian affliliate and the the only national museum in New Mexico.

The museum presents exhibits and educational programs showing the historical and technical context of the nuclear age. They even have camps for children with emphasis on educating them on nuclear science.

Upon entering the hall there is a granite Periodic Table of the Elements,
From there pictures of the pioneers of the atom with interactive kiosks.
In all there are 18 exhibit halls plus the outside Heritage Park featuring vintage planes and missiles. 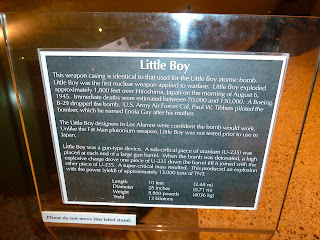 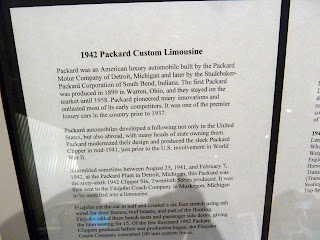 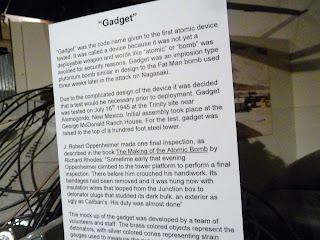 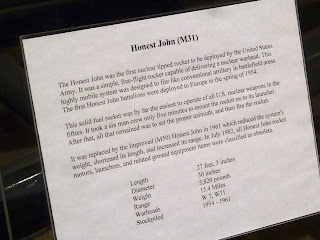 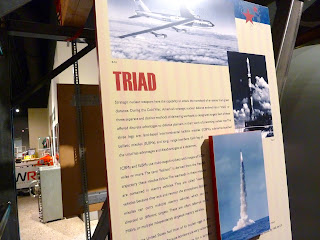 For those interested in Nuclear Science, suggest this visit.