Pawn Shop,Restoration and Luv it Custard

Today we went for a Photo Op at the "Pawn Stars" store on Las Vegas Blvd.
The line was long and a certain number gain entrance at a time. Since we weren't selling or buying, we just opted for a photo. Also we read that the stars are usually not in the shop. We are avid watchers of this, Rick's Restoration and  American Pickers..all on the History Channel.

We then drove over to Rick's Restoration on Commerce just off Charleston. There is a gift shop and displays of some of the restorations.


We then made a brief stop at the Flamingo Hotel to see the flamingos and birds,but were disappointed. Think from the description we expected much more. Did talk to a couple who said the aquarium at the Mandalay was worth the $18 price. May think about this.

Our last stop was at the "Luv it Custard" just north of the Stratosphere off Las Vegas on Oakey. This was our second trip. It has been in same location for 40 years. Delish.

The Thunderbirds are in full practice mode starting early at 6:00AM.
Think they are getting ready for the NASCAR next week starting 9 March.
Sure is a beautiful sight to see them fly over. Keep hoping for that one photo, but for now will have to settle for the following. 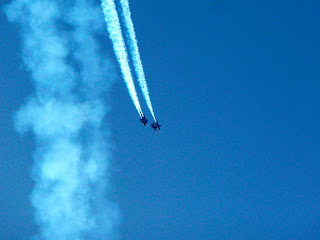 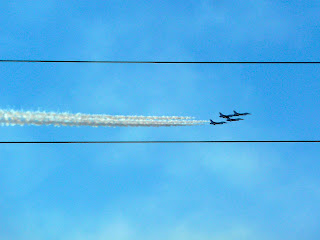 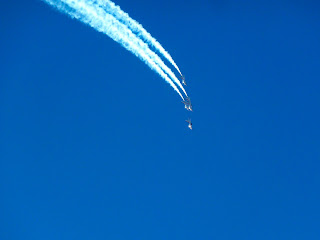 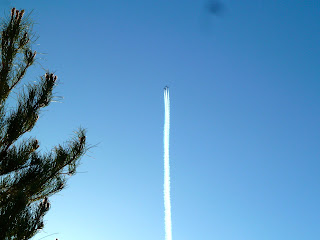 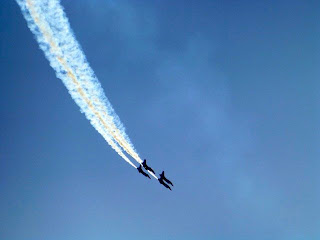 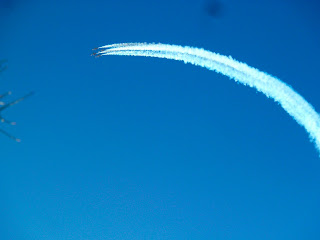 We have been just hanging out at the Campground since my last posting and cabin fever was setting in. So we decided since the weather had warmed and winds calmer to visit Valley of Fire SP. It is around 40 miles from here up IH 15 N to exit 75 then another 13 miles to the park. There is a $10 fee per car..well worth the low cost. The park also has several primitive campgrounds with water and fire pits also one at Atlatl Rock that has water and power with showers and restrooms.Cell service is very spotty in the campground. Be sure and stop at the visitor center.

Thought after our visit to the Red Rocks,nothing could surpass. Alas,this park is spectacular..a must visit if in Las Vegas. We took over 150 pictures and it is difficult deciding which ones to post.

The name comes from the red sandstone formations formed during the shifting of the sand dunes during the dinosaur age some 150 million years ago. Prehistoric users of the valley included the Basket Makers and later the Anasazi Pueblo farmers from the Moapa Valley. They left behind petroglyphs which can be seen throughout the park and especially at Atlatl Rock. The Atlatl is a notched stick used to throw primitive spears.

Below are some of the spectacular photos. 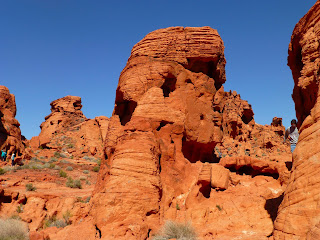 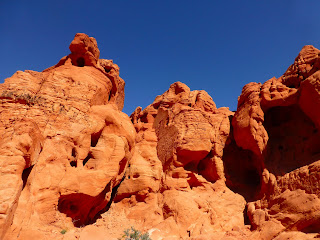 There are many interesting hikes in the park of varying length and terrain.
The Visitor Center can advise on these. At several of the viewpoint areas are hikes into the rocks that are less than 2 miles.


The park teems with creosote,burro and brittle bushes. The springtime bloom of the cacti are very beautiful. Several bird species, lizards, snakes.coyote,rabbits, fox and longhorn sheep inhabit the park. We only saw the sheep. It is a wonder to me how anything can survive in that environment with so little water.

It was a good day.


After a leisurely morning in bed we decided to indulge in one of the many buffets offered in Las Vegas. We had intended to go to the Paris Hotel, but on the suggestion of a very dear friend,Rose Mary, from Salem who used to live in Las Vegas we opted instead to try the Red Rock Casino Buffet.
This has been voted the best in Las Vegas. We were very pleased and may try their Sunday brunch before leaving. Thank you Rose Mary for the advice.

The Red Rock Hotel and Casino is not on the strip and located on Charleston Blvd on the way to Red Rock Canyon. Seems like a very nice property, not too ostentatious and overly done. More of a warmth atmosphere. If you don't want to stay on the Strip, this would be a good choice.

In the afternoon I sat outside waiting for the Thunderbirds to fly over in their formation as they generally do around 3:00PM. Alas, missed the perfect picture...just can't get the camera focused in time. Will keep trying, but did manage to get some shots of the fighter planes.

We continue to enjoy our stay and plan to return next year for a longer time during the winter. It has been relaxing and John has manage to get a lot done on his fortwiki sight.

A visit to Red Rock Canyon in Las Vegas is on our list of things to do while we are here and a beautiful day for the visit. So packed a picnic lunch, put Destiny in the car and off we went.

The drive out Charleston Blvd passing through some upscale housing developments and shopping areas, the Red Rocks come into view. With our Golden Passport, the entry was free. Stopping at the Visitor Center before starting our 13 mile drive through the Canyon is recommended.
They have displays of the history and a very nice gift shop and also outdoor displays with commanding views. 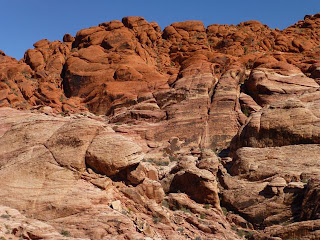 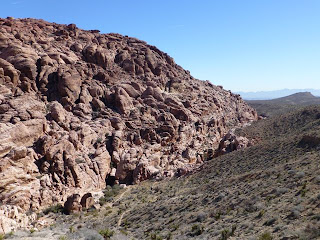 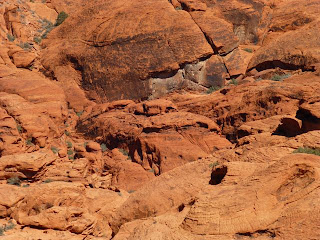 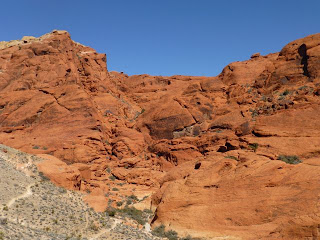 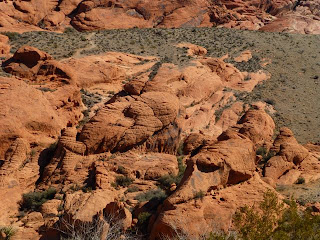 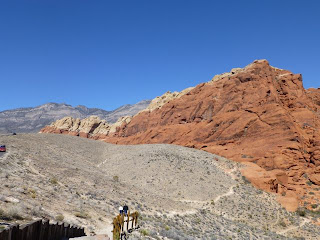 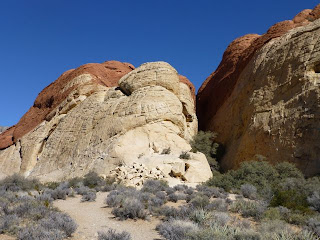 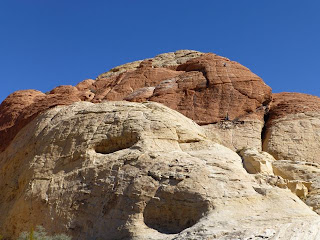 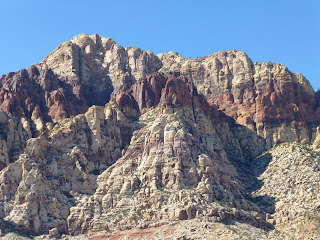 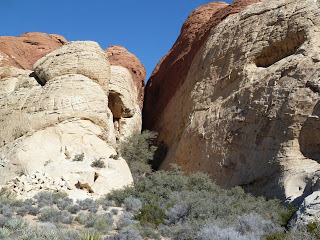 I took over 75 pictures and John over 100. It has been difficult deciding which ones to post.

We saw several climbers and lots of hikers. Unfortunately, the horses and burros must be on vacation. Did see some Bighorn Sheep high up. Highest elevation was around 4500'. Franko's Map is the best for information on touring, hiking and climbing. This can be found at tourist info areas.