Ride over to Fort Bragg,CA

A nice drive south on 101 to Willits passing on the fringe of the Humboldt Redwoods SP and Richardson Grove. Motorhome with tow not advised on the Avenue of Giants scenic route, but we had done that several times before.

After arriving at the KOA, we drove over to the town of Fort Bragg on the coast via Hwy 20 about 30 miles. Not a road we would want to take the iHome on..very curvy with a lot of hairpin turns. Takes about an hour.
Purpose was to visit site of historic Ft Bragg established during the gold rush to protect the miners and keep the Mendocino tribe on the reservation. Fort closed in 1865. Only remaining building is the Quartermaster's house on Franklin Ave.

We were disappointed that the Guest House Museum was closed. Town seems to have many art shops with local artisans displayed and selling their works.

Stopped for tea and then drove to view the ocean. Wanted to get back before dark. Definitely not a road to drive at night. 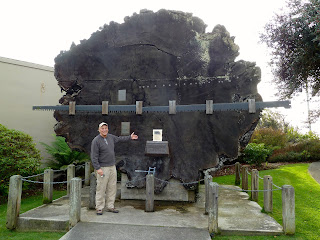 On the grounds of the museum is a stump from largest Redwood tree
found in Mendocino County felled in 1943 and thought to be 1753 yrs old. It was 334 ft tall and 21ft 2in at the stump. The saw used to fell it was 22ft and took 60 man hours. 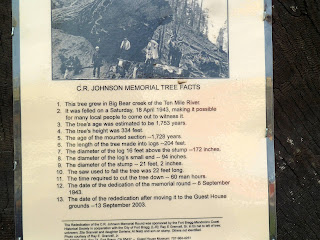 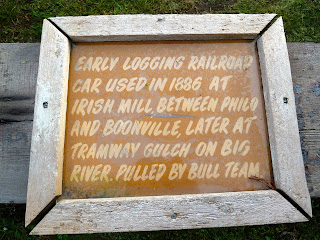 As we were leaving, saw some deer grazing on the road. Never miss an opportunity for animal pictures. 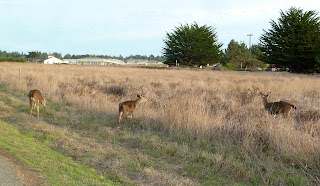 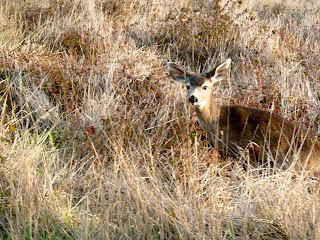