The mission was founded in 1772 by Father Serra. The local Chumash Indians helped build the first structures and as the community grew, permanent structures were constructed to house workshops, soldiers' barracks and an infirmary.

As with most of the missions,the goal was to turn Indians into citizens of the Spanish empire and into self-governing towns to be completed in 10 years. These goals were not fulfilled in California.

In 1848 when California became a state, Archbishop Alemany petitioned the government for return of mission land. Since then this Mission has functioned as a parish church for the city of San Luis Obispo. 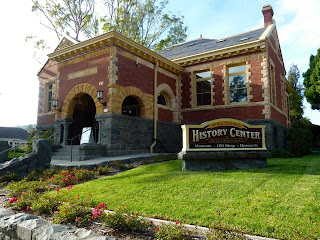 We also made a photo stop at the famous "Madonna Inn" in San Luis Obispo. It has been for over 50 years a popular resort featuring a spa, different themed rooms. www.madonnainn.com 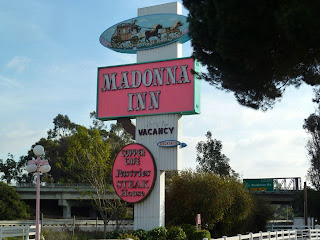 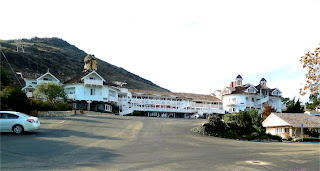 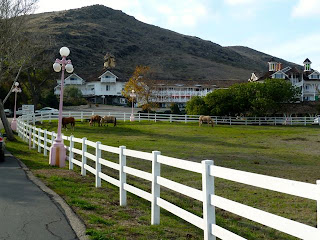