Drive to Erie Canal in Lockport,NY 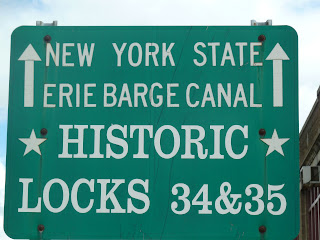 As you know, the Erie Canal connects the Hudson River and Atlantic Ocean at sea level with the Niagara River and Great Lakes at 570 feet above sea level. The 363 mile feat was dug by hand between 1817 and 1825 enabling the opening of the American Frontier.

Originally 83 locks were used to raise and lower boats. Lockport was chosen as the location of the famous "Flight of Five". This twin set of 5-tiered locks allowed boats to travel up in one set and down in the other.

When the canal was enlarged in 1900, one set served as a spillway and the other replaced by the current set of locks 34 and 35.

Lockport Locks offers a two hour cruise on the canal. Maybe next time. 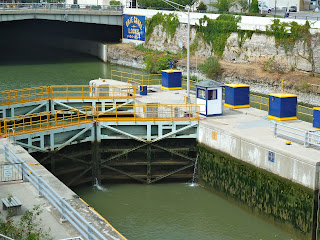 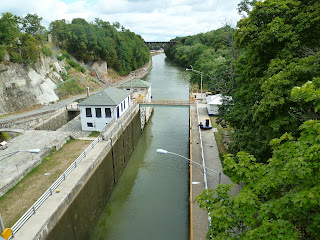 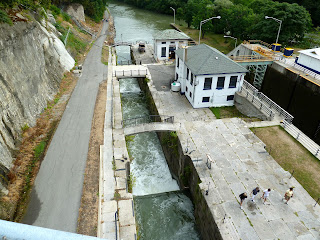 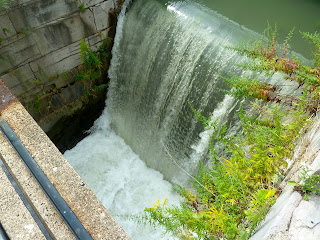 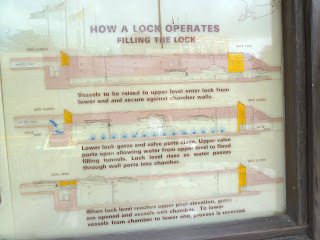 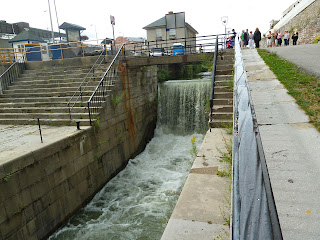 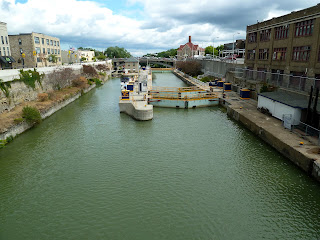