Our drive to Woodstock took us south on Hwy 12 about 30 minutes.
Since the day was very hot and humid, we decided to leave Destiny in the A/C motorhome.

Woodstock is a center for artists,musicians and craftspeople. There are many shops featuring their wares, galleries, historic homes and buildings.
It is also the location for the Marsh-Billings-Rockefeller NP. 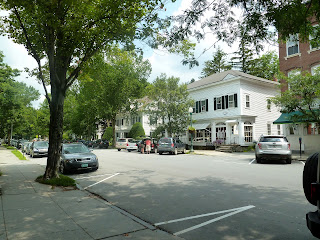 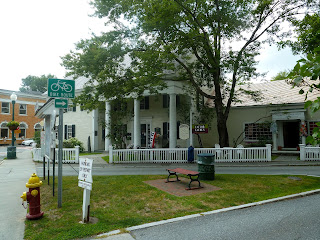 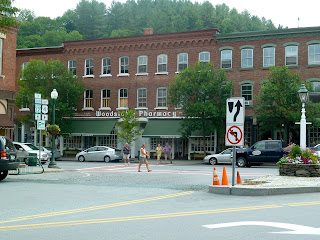 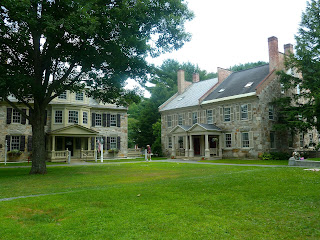 We walked around town and had lunch at Butcher's Deli..a delicious chicken and pesto panini.

We then took a tour of the Mansion that was built in 1806 by the Marsh family and later occupied by the Billings and Rockefeller families. Laurence Rockefeller married Mary French who was the granddaughter of Frederick Billings and heiress to the property upon her Mother's death.

The Billings family started the family farm in 1871 and it has continued to this day raising prime Jersey cows, draft horses and southdown sheep. It is today a museum of agricultural and rural life with daily tours of life on the farm.


The mansion tour involved an extensive narration by a park ranger of the history of the area.conservation and responsible land stewardship. In fact, George Marsh wrote one of the first books on the human impact on man and nature titled "Man and Nature". All of the families had a strong commitment to conservation. Mary Rockefeller died in 1998 and Laurence soon handed the keys to the National Park Service. He died in 2004.
The mansion remains today as it was in 1998 with many personal effects and artwork. http://www.nps.gov/mabi